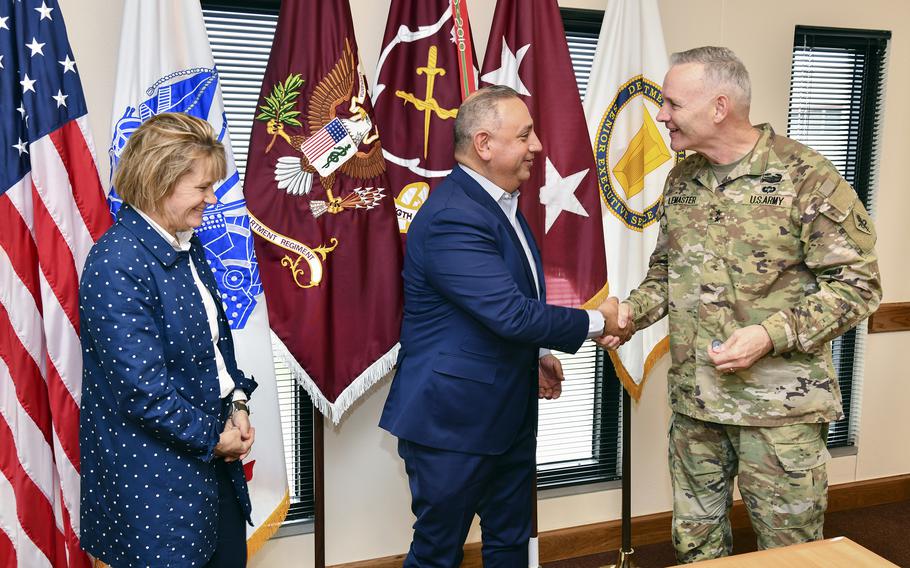 YOKOSUKA NAVAL BASE, Japan — Two Pentagon officials will visit several U.S. bases in Japan next week to address ongoing concerns over a lack of health care for Defense Department civilian employees and their families.

Additional town halls are scheduled for Kadena Air Base on Feb. 1 and Camp Foster on Feb. 2.

News of two officials’ visit follows months of confusion and concern as DOD civilian employees scrambled to understand changes imposed by the Defense Health Agency that abruptly limited on-base health care options for anyone other than those covered by the military’s Tricare Prime medical plan.

“We know this is a very important topic that’s of great interest to our families on installation,” she said. “We want to have an opportunity to get their concerns addressed and to hear from those that are knowledgeable about it.”

The individual branches of the armed forces shifted from their own independent medical commands to the single DHA command in February. By September, DOD civilians at Yokosuka reported that making appointments at U.S. Naval Hospital Yokosuka had become nearly impossible. In the weeks that followed, civilians at Yokota and other installations made similar complaints.

The director of DHA Region Indo-Pacific, Maj. Gen. Joseph Heck, told Stars and Stripes in October that DHA is legally obligated to prioritize active-duty patients. DOD civilians and those without Tricare coverage may be seen on a space-available basis only.

Those civilians should “have a plan in place” to find medical care off base if military hospitals are lacking space, he said.

Space-available appointments were further limited by a Dec. 9 Indo-Pacific DHA memo stating that, starting with the new year, only episodic, non-recurring and acute health conditions could be treated on a same-day basis.

Grassroots organizations, such as the Japan Civilian Medical Advocacy, responded to the situation by providing an outlet for advice, attending town hall meetings and lobbying Congress to preserve DOD civilians’ access to health care and to protect them from denials by off-base providers.

A petition begun by the advocacy group had 2,353 signatures as of Monday.

The town hall at Yokota, a key airlift hub in western Tokyo, is scheduled for 4-5 p.m. in the base theater, Tech Sgt. Chris Hubenthal told Stars and Stripes by email Monday. Questions can be emailed ahead of time at 374AW.PA.CommandersActionLine@us.af.mil until noon Wednesday.

The town hall at Yokosuka, homeport of the U.S. 7th Fleet, is scheduled for noon to 1:30 p.m. at the Fleet Theater, base spokesman Randall Baucom told Stars and Stripes by phone Monday. Questions can be submitted until 4 p.m. Tuesday to yokosukareport@gmail.com.

Camp Zama’s town hall is scheduled for 2:45 p.m. at the base’s Community Club Ballroom, the base announced Monday via Facebook. Heck is listed as a speaker for Zama’s town hall. It was unclear Tuesday if the director will attend the other meetings.