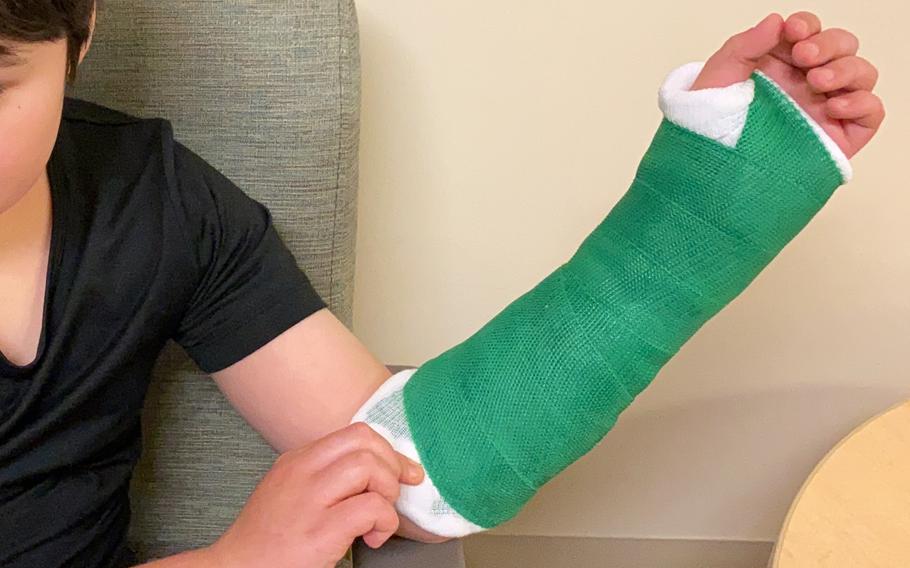 Starting Jan. 1, 2023, space-available appointments for civilians will be restricted to same-day appointments concerning episodic, non-recurring and acute health conditions, according to a memo from Defense Health Agency Region Indo-Pacific. (Stars and Stripes)

Civilian employees of the Defense Department in the Indo-Pacific will face even more difficulty securing on-base health care next year, according to a Defense Health Agency memorandum.

Starting Jan. 1, space-available appointments for civilians will be restricted to same-day appointments concerning episodic, non-recurring and acute health conditions, according to a Dec. 9 memo from DHA Region Indo-Pacific.

“Chronic health problems such as diabetes, hypertension and other major ailments must be managed carefully by a primary care manager for continuity of care and patient safety,” Heck wrote.

The memo further outlines that space-available appointments will still be offered for family medicine, pediatrics and gynecology, but only when “excess capacity exists” after meeting health care obligations for active-duty service members and their families.

Heck, in an Oct. 17 interview with Stars and Stripes, said DHA is legally obligated to prioritize active-duty patients and that DOD civilians and anyone not covered by the military’s Tricare Prime medical plan are seen in military hospitals on a space-available basis only.

The new DHA directive further complicates the situation for DOD civilians in the region, many of whom were caught off guard earlier in the year when military hospitals at Yokosuka Naval Base and Yokota Air Base in Japan began telling them to seek treatment from Japanese providers.

“Without any stop gap measures put in place, civilians and their dependents are at high risk should they have any chronic medical challenges that cannot be maintained at off-base facilities due to denials or lack of equivalent care and medications,” said Amber Malone, a teacher for The Sullivan’s Elementary School at Yokosuka, told Stars and Stripes on Friday by Facebook Messenger.

The issue also compounds recent shortages of space-available appointments at U.S. Naval Hospital Yokosuka, which will not provide appointments to DOD civilians outside of pediatrics, internal medicine and family medicine, the hospital’s executive officer, Capt. Jenny Burkett, said Dec. 14 during a base town hall meeting.

“Folks who are not beneficiaries of Tricare should seek care in the community or through a U.S. provider,” she said.

DOD civilians may still seek emergency treatment and have their prescriptions filled at military hospitals, but the latter brings its own set of complications. Civilians who attended Yokosuka town halls in September and December reported issues with securing telehealth services or new prescriptions.

“Even more so, this change bars civilians from obtaining wellness checks and preventative care, which is essential in maintaining a ready force while stationed overseas,” Malone said.

Malone, along with hundreds of other civilians, have taken to social media to gather support for their predicament. The Japan Civilian Medical Advocacy group started a petition Oct. 10 on change.org urging Congress to preserve DOD civilians’ access to routine health care at military hospitals and to protect them from denials by off-base providers. The petition had 1,840 signatures as of Friday.

The group, which has since developed individual social media pages for various bases, also provides forums for civilians to ask questions and share insight on the developing situation.

About 4,000 of the 27,000 people attached to Yokosuka are not covered by any Tricare program, Burkett said in September. The Japan Civilian Medical Forum says DOD civilian employees and their families number more than 10,000 in Japan.