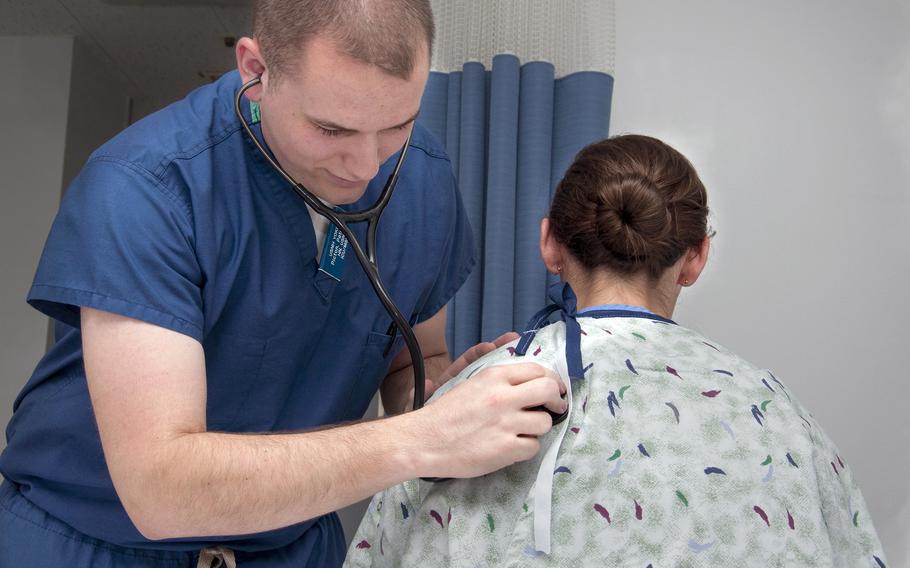 About 4,000 of the 27,000 people attached to Yokosuka Naval Base, Japan, are not covered by any Tricare program, according to the base hospital’s executive officer, Capt. Jenny Burkett. (U.S. Navy)

YOKOTA AIR BASE, Japan — Civilian employees of the Defense Department in Japan are petitioning Congress to stop the Pentagon from moving their health care from military medical facilities to local, civilian providers.

A group of DOD civilians launched the drive Monday on their Facebook page, the Japan Civilian Medical Forum. The petition, “DOD Civilian Families in a Healthcare Crisis,” asks lawmakers to preserve civilians’ access to routine health care at military hospitals and protect them from denials by off-base providers.

The forum believes that DOD will sever medical care for many of its civilian employees in Japan completely by 2024.

Defense Health Agency spokeswoman Whitney Trimble said Wednesday that much of what the forum has said is false. In particular, a document called the Civilian Advocacy Package that supports claims made in the petition, while “well-intentioned, … is rife with incorrect information,” she told Stars and Stripes in an email Tuesday.

Others, however, including those covered by Tricare for Life, Tricare Select and other insurance plans, are seen on a space-available basis, Trimble wrote.

Many DOD civilians are not covered by Tricare. Employees of the Department of Defense Education Activity, the DOD schools for military families, for example, are insured by the Federal Employees Health Benefits Program, according to the DODEA website.

Other civilian jobs, including those in military commissaries, are also covered by the federal program; some civilian jobs come with health insurance from contracted private insurers like Aetna International.

Those employees are vulnerable if space becomes scarce at U.S. military hospitals in Japan, as it did in September at Naval Hospital Yokosuka. Trimble said the decision to send those patients off base came after an assessment discovered “the hospital did not have space available to see non-Tricare Prime eligible beneficiaries.”

DOD civilians may still be treated for medical emergencies and fill their prescriptions at the base hospital.

About 4,000 of the 27,000 people attached to the base are not covered by any Tricare program, the hospital’s executive officer, Capt. Jenny Burkett, said in September. The Japan Civilian Medical Forum says DOD civilian employees and their families number more than 10,000 in Japan.

The forum claims to represent groups of DOD civilians and their families at bases around Japan, including Yokota Air Base, the home of U.S. Forces Japan in western Tokyo; Camp Zama, headquarters of U.S. Army Japan just outside Tokyo; Yokosuka Naval Base, homeport of the U.S. 7th Fleet south of Yokohama; and U.S. bases on Okinawa.

Access to health care for DOD civilians at bases where they live and work was stripped away without warning in the 2018 National Defense Authorization Act, according to the forum’s petition.

More than 350 people had signed the petition by noon Wednesday.

The forum claims DHA has staffed U.S. military treatment facilities in Japan only to the extent that they can treat active-duty service members and their families “and is moving to restrict all medical care access for civilians by 2024.”

Trimble rebutted that and said DHA has made no staffing changes at overseas or stateside treatment facilities.

According to the petition, civilians will be forced to seek care from Japanese medical professionals “in opposition to DHA’s caveat that resource changes be made contingent on availability of quality medical care in the local community.”

Connie Wood, 57, a DODEA teacher at Yokota Middle School, said she signed the petition because foreigners have difficulty finding medical care in Japan, even in emergency situations.

“Last year I had what I and the base urgent care believed at the time to be a heart attack,” she told Stars and Stripes over Facebook Messenger on Tuesday. “As I lay in the emergency bay being cared for by base physicians, they had to call around to multiple places to find a hospital that would take me. If I had to do that on my own my outcome could have been much worse. I couldn’t call hospitals or drive on my own. This is a problem unique to Japan.” 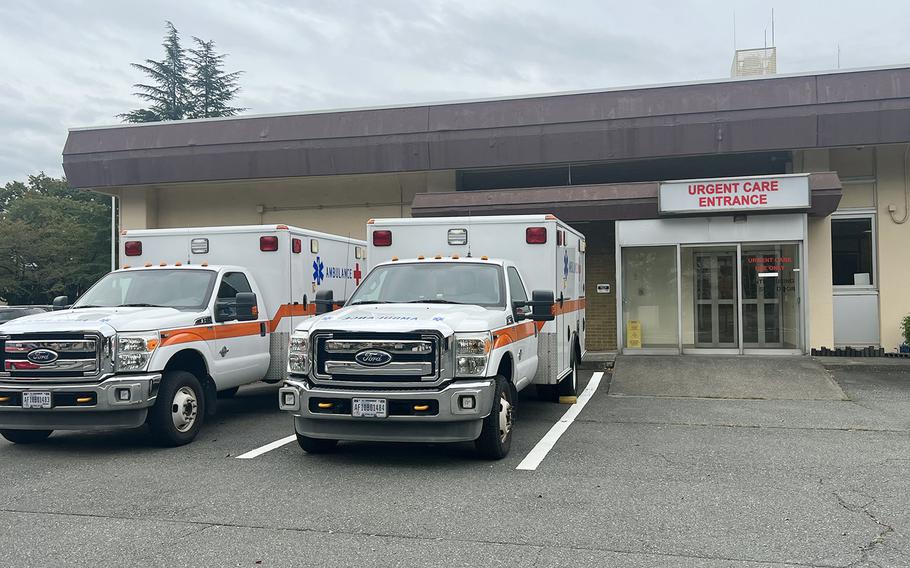 Japanese facilities by law may turn away civilian patients it does not have sufficient resources to treat, including language support, according to the petition.

English-speaking physicians and medical facilities that cater to U.S. citizens’ expectations are expensive and not widely available, the petition claims, citing information from the U.S. Embassy in Japan. The petition says medical caregivers in Japan require payment in full at the time of treatment or concrete proof of ability to pay before they will treat a foreigner.

Japanese standards sometimes differ from U.S. standards and some types of care and prescription medicine can be difficult to obtain, according to the petition.

“One of the things that frustrates me is that this issue has been framed as if civilians are taking medical care from active duty and that is the wrong attitude,” forum member Alexandra Cummings, a DOD civilian spouse at Yokosuka, told Stars and Stripes by phone Tuesday.