U.S. forces, in coordination with the Somali government, launched three airstrikes against the terrorists who attacked the Somali troops Tuesday near Beledweyne, Somalia, AFRICOM said.

“The command’s initial assessment is that the strikes killed four al-Shabab terrorists and that no civilians were injured or killed,” AFRICOM said. “U.S. forces are authorized to conduct strikes in defense of designated partner forces.”

The announcement did not include further detail about the al-Shabab attack.

Al-Shabab is the Somali-based militant wing of the Somali Council of Islamic Courts that controlled the southernmost part of the country in 2006, according to the U.S. Director of National Intelligence. Though the main group was defeated in 2007, al-Shabab has continued its violent insurgency.

“The federal government of Somalia and U.S. Africa Command take great measures to prevent civilian casualties,” AFRICOM said. “These efforts contrast with the indiscriminate attacks that al-Shabab regularly conducts against the civilian population.”

The airstrikes come about two months after U.S. special operations troops returned to Somalia. Former President Donald Trump had decided to pull roughly 700 U.S. service members from the country during the last days of his administration.

President Joe Biden reversed Trump’s decision based on a request from Defense Secretary Lloyd Austin out of “concern for the safety of our troops who have incurred additional risk by deploying in and out of Somalia on an episodic basis,” then-Pentagon Press Secretary John Kirby said at the time. 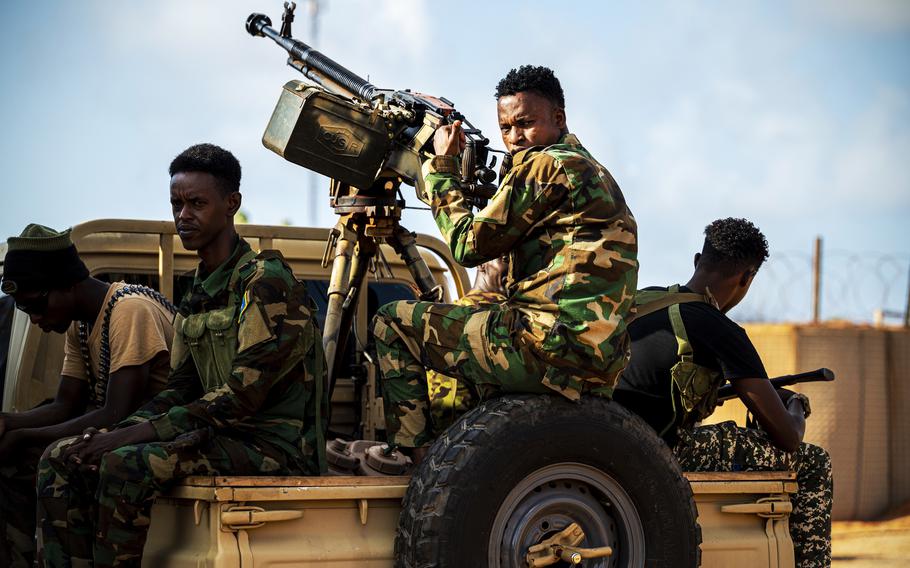 U.S. forces practice convoy training with the Danab Brigade and the Kenya Defense Force in Somalia in May 2021. U.S. Africa Command carried out an airstrike July 20, 2021, against al-Shabab militants who were attacking members of the Danab force. (Zoe Russell/U.S. Air Force)