The White House is undertaking a significant shift in its approach to sub-Saharan Africa that seeks to bolster U.S. favorability there through proposals to help nations on the continent confront challenges with no strings attached.

In devising the strategy, which was introduced Monday, U.S. officials were careful to seek input from African partners about what they believed was “most critically important,” according to a bulletin posted Tuesday on the Defense Department website.

African countries "don't want to be in another Cold War scenario where they have to choose between the West or Russia or China," an unidentified senior defense official said in the bulletin. "But in that same vein, they would prefer to partner with us in a way that makes sense aligned with their interests, particularly when it comes to security concerns."

On Tuesday, the Pentagon installed Gen. Michael Langley, the first Black four-star general in the Marine Corps, as leader of U.S. Africa Command.

Top priorities for the command include countering terrorism, strengthening relationships with allies and partners and checking Chinese and Russian interference as part of the National Defense Strategy, the official said.

The sub-Saharan Africa plan complements the defense strategy in that it focuses on building relationships with African nations to better address mutual interests, the official said.

A cornerstone of the four-pronged foreign policy is a partnership model that recognizes the autonomy of African nations rather than imposing American ideals. 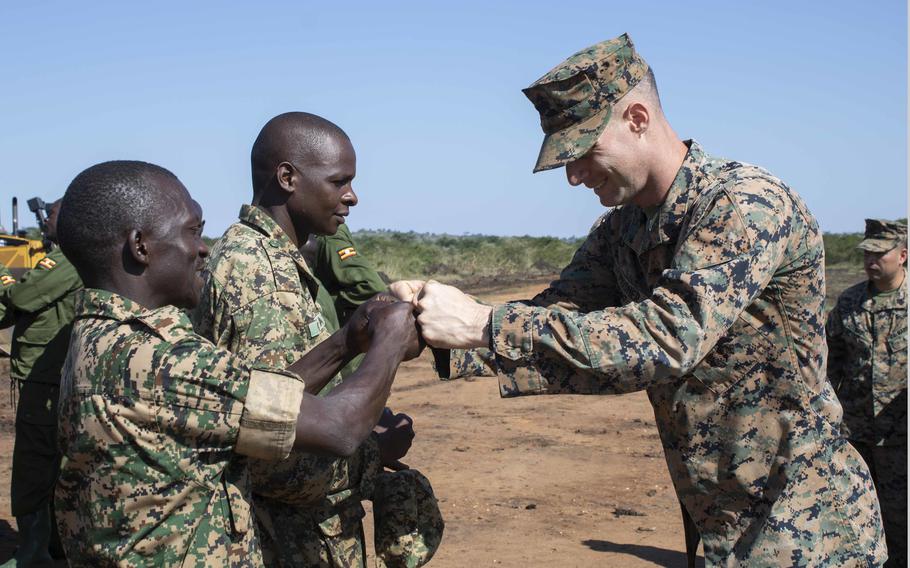 Competition for partnerships in Africa has grown fierce as Russia and China seek to draw closer through various forms of cooperation. That has U.S. military leaders concerned.

In March, just 28 of the 54 United Nations member states in Africa voted in favor of a resolution that, among other statements, condemned Russia’s unprovoked invasion of Ukraine, according to a March 9 report by the Brookings Institution.

Many African counties, including Kenya, Sudan, Congo, Egypt and Uganda, rely heavily on Russian wheat exports, according to a June 10 UN report.

During a July visit to Egypt, Congo, Uganda and Ethiopia, Russian Foreign Minister Sergey Lavrov blamed the U.S. for a looming global food crisis related to grain shortages tied to the war in Ukraine.

The varied aims of the new U.S. strategy include countering authoritarian regimes, encouraging government transparency and backing a civil society that empowers women, young people and other marginalized groups.

In March, Langley’s predecessor as AFRICOM chief, Army Gen. Stephen Townsend, told Congress that Russian mercenaries are “a malign influence” in Africa who are “buttressing dictators,” according to a March 15 USNI News report.

He added that internet troll farms created by Russian oligarchs are cropping up in Africa in an attempt to interfere with elections there, in the U.S. and in other countries, the USNI News report stated. 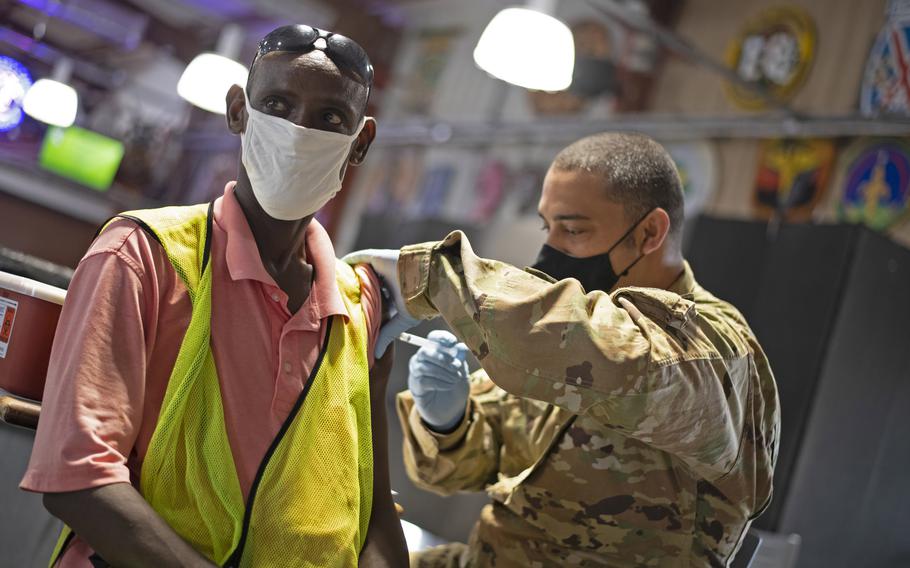 Abdoul Falah Yonis Ali receives the COVID-19 vaccine from Tech Sgt. Kevin Flenoury at Camp Lemonnier, Djibouti, in 2021. China also has a military base in Djibouti where 2,000 troops are permanently stationed, according to the Africa Center for Strategic Studies think tank. (Jacob Sippel/U.S. Navy)

The other top U.S. rival for influence in Africa is China, which has a military base in Djibouti with 2,000 troops permanently stationed there, according to the Washington, D.C.-based think tank the Africa Center for Strategic Studies.

The U.S naval base Camp Lemonnier also is in Djibouti and serves as the primary operations base for AFRICOM.

Townsend said in his congressional testimony in March that Beijing is “working hard to develop more bases” on the continent, USNI News reported.

China has an extensive presence in Africa, mostly through trade and financing of public and private projects such as railways, ports and power plants through Beijing’s extensive infrastructure campaign known as the Belt and Road Initiative, according to a 2019 Deloitte report.

To make the case for why the U.S. is a better partner, Secretary of State Antony Blinken is touring Africa in conjunction with the rollout of the administration’s strategy.

He acknowledged that African countries often have been exploited to benefit the progress of other nations.

“The U.S. will not dictate Africa’s choices,” Blinken said. “Neither should anyone else. The right to make these choices belongs to Africans, and Africans alone.”