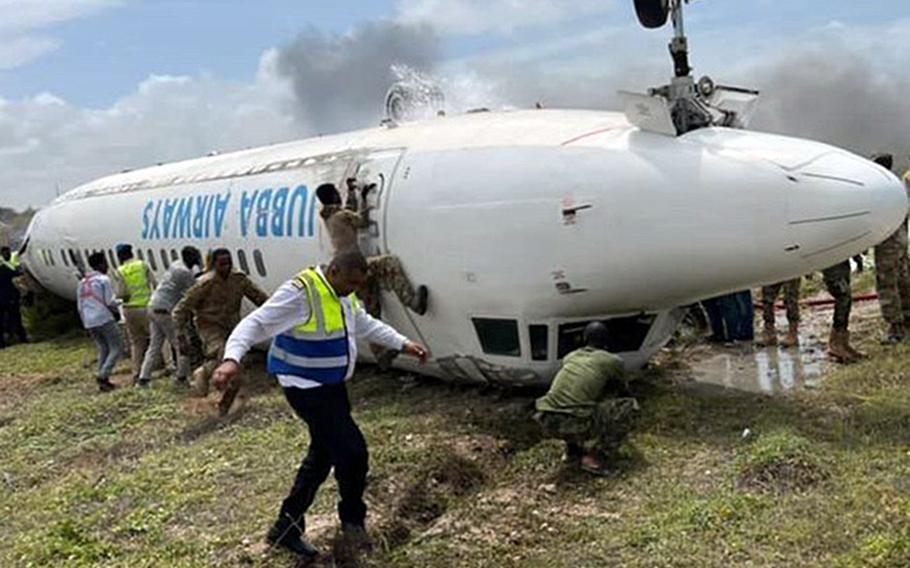 Somali Danab brigade commandos and other first responders rush to evacuate passengers from a Jubba Airlines aircraft that crash-landed July 18, 2022, at Mogadishu International Airport in Somalia. Three U.S. soldiers helped care for injured passengers from the flight, which had 36 people. (U.S. Army)

A trio of American soldiers teamed up with Somali counterparts they were training to become first responders at a fiery plane crash Monday at the airport in the country’s capital.

The 2nd Security Force Assistance Brigade soldiers, who are based at Fort Bragg, N.C., sprang into action when a Jubba Airlines jet crash-landed at Mogadishu International Airport at about 10:30 a.m.

No one was killed in the crash, Somali officials told Reuters. The flight had 36 people, and photos showed the burning plane upside down. The plane was a Fokker-50, according to The Washington Post. 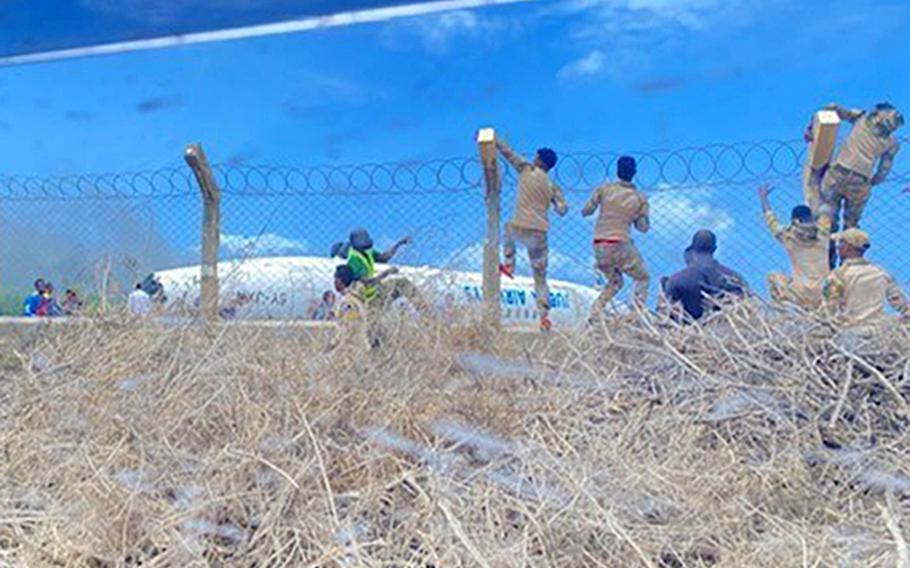 Somali commandos climb a fence to get to a Jubba Airlines plane that crash-landed July 18, 2022, at Mogadishu International Airport. Three U.S. soldiers were conducting medical training with the commandos at the time, and they joined rescue efforts. No one was killed in the crash, Somali officials said. (U.S. Army) 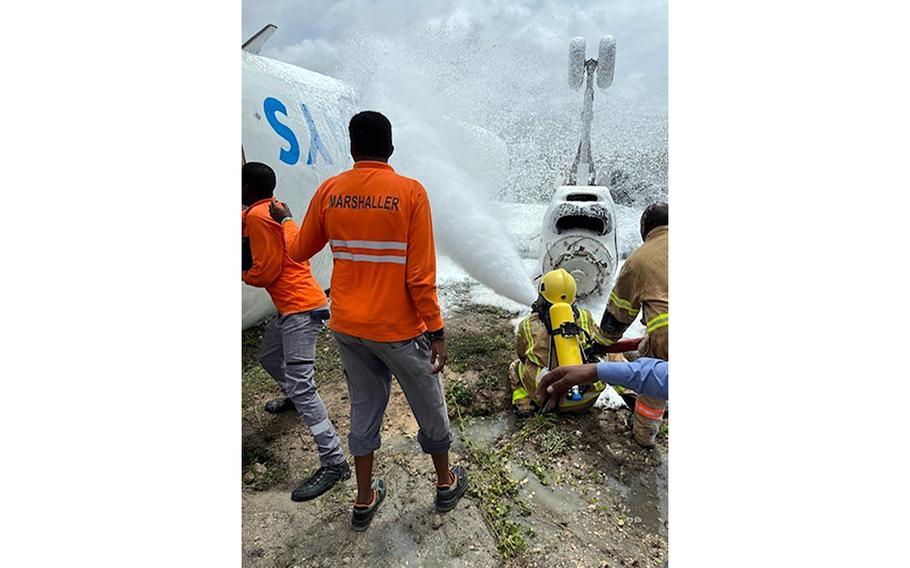 The commandos pulled injured passengers from the aircraft, while the Americans established a triage station and helped evacuate 16 people for treatment, Claxton said.

Lt. Col. Sean Nolan, commander of the battalion, praised the soldiers’ “agility, quick thinking and decisive action” in response to the crash. There was no immediate information about the cause.

The three soldiers are part of a team that is working to train and support the Danab brigade, which is tasked with offensive operations against the al-Qaida-linked insurgent group al-Shabab.

SETAF-AF employs the 2nd Security Force Assistance Brigade to train, advise and assist African partner militaries on ground force tactics, techniques and procedures. The soldiers were conducting medical training at the time of the crash.