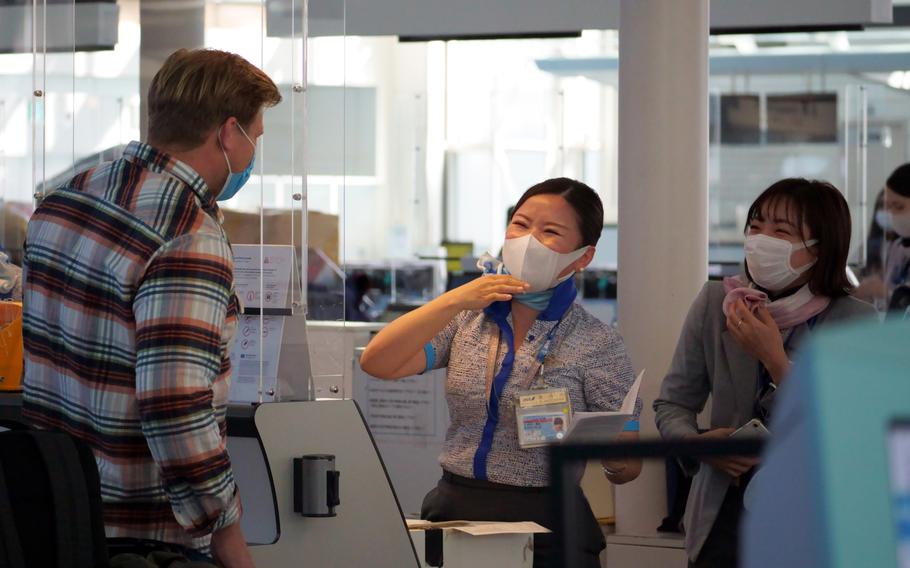 TOKYO – Nurse Tami Austin temporarily left her family on Okinawa to work in the States helping COVID-19 patients recover from their bouts with the coronavirus respiratory disease.

With her contract ending Dec. 18, Austin, 40, is looking forward to returning home to her husband, Marine Corps Master Sgt. Roland Austin, 41, and their two children.

The trouble, she said, is that Japan’s coronavirus restrictions, which members of the U.S. military community are obliged to observe, add considerable cost and uncertainty to her return travel plans.

That’s about to change for service members, Defense Department employees and their families under options for vaccinated travelers announced Wednesday by U.S. Forces Japan.

“It’s not so much the leaving, it’s the coming back piece, and the [restriction of movement] requirement once you get back to Japan, that has made going home to the States such a challenge,” the spokeswoman for U.S. Forces Japan, Lt. Col. Brooke Brander, told Stars and Stripes on Wednesday. 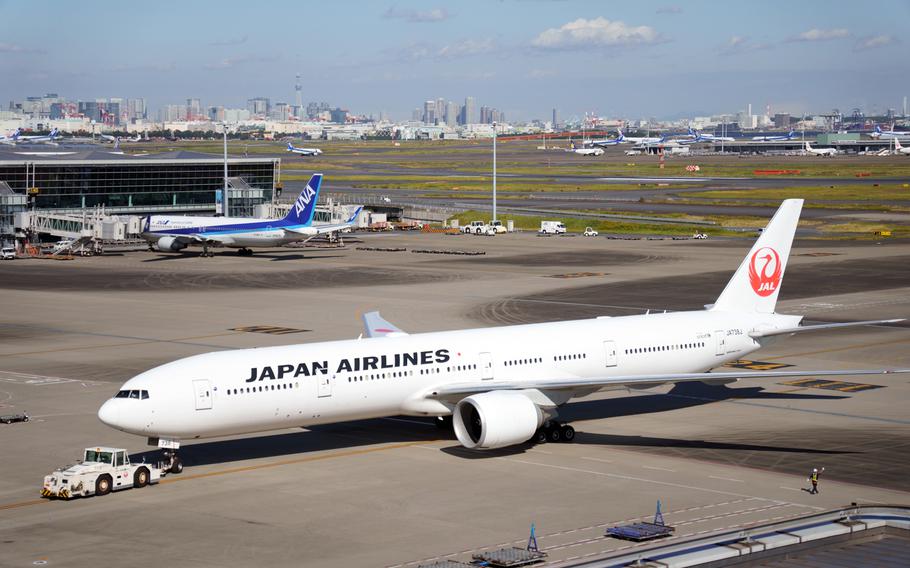 Some details on how travelers may take advantage of these options were not immediately available. Brander said information is being pushed to unit commanders, who should be the first stop for anyone making holiday travel plans.

“Talk to your chain of command,” she said. “Work through your command.”

The first option, Funded Environmental Morale Leave, applies to Okinawa, a special challenge because returning travelers may enter only at Tokyo-area airports and must complete a 10-day quarantine before taking a commercial flight to Okinawa.

The Pentagon on Friday approved an exception to its pandemic travel policy to permit eligible travelers covered by the status of forces agreement to fly aboard the Patriot Express from Seattle to Naha. They would serve their 10-day quarantine at home rather than paying for lodging in Tokyo.

Austin said hard-to-get reservations at the Kanto Lodge on Yokota Air Base west of the city center cost $110 per day.

Okinawa required special focus, Brander said, because the bulk of U.S. forces in Japan are stationed there, along with their families.

Lernes Hebert, deputy assistant secretary of defense for military personnel policy, approved the exception Friday under a provision in the Pentagon’s leave and liberty policy that permits government-funded travel from duty locations “that are truly isolated, austere or unhealthful …”

Eligible travelers must be on a minimum two-year tour at their duty stations and are permitted only one trip under morale leave, according to the DOD leave policy. Traveling family members must be command sponsored.

“It was a lot of work” by the individual service branches, USFJ and Indo-Pacific Command to get the exception approved, Brander said. “And we were excited when the secretary of defense approved it.”

The second option, an exception to USFJ policy, permits eligible travelers on international commercial flights arriving at airports in the Tokyo area to travel onto their final destinations in Japan, including Okinawa and other U.S. installations in the country, after spending a minimum three days in ROM. They must finish their quarantine at their home station.

Eligible travelers could continue on by commercial air, rail or bus, provided they have an assigned seat, Brander said. This works for those returning to destinations like Misawa Air Base or Sasebo Naval Base, for example, as well as Okinawa.

The “big thing,” she said, is the individual traveler must request an exception to policy from their command and have it approved prior to arriving in Japan.

“You would only need to ROM in the Tokyo area, Yokota or Camp Fuji for the Marines, for three days, and if your exception to policy is approved on day four you could get on domestic flight to get home to, say, Okinawa,” she said.

Finally, a third option, a 30-day trial program begun Nov. 12, permits eligible SOFA travelers that arrive in Tokyo to continue via commercial air to Okinawa after at least an eight-hour wait between arrival and departure.

Austin, the traveling nurse, said she hopes to find a seat on the trial program, the Okinawa Domestic Connection Program, an effort by the Marine Corps on Okinawa. It comes with limitations.

The program accommodates only five passengers on one flight per day, Monday through Friday only, according to a copy of the program Austin provided. Brander confirmed the program.

Only travelers arriving at Haneda airport on an international flight and departing for Naha, Okinawa, are eligible. Seats on the airline must be reserved through the program. Deadlines apply.

All the options adhere to the pre-travel COVID-19 testing regimen already in place and are available only to vaccinated travelers, or unvaccinated minor dependents traveling with their guardians.

The service branches “are working diligently” to ensure an orderly process, Brander said. “I think there will be an interest. People do want to go home.”