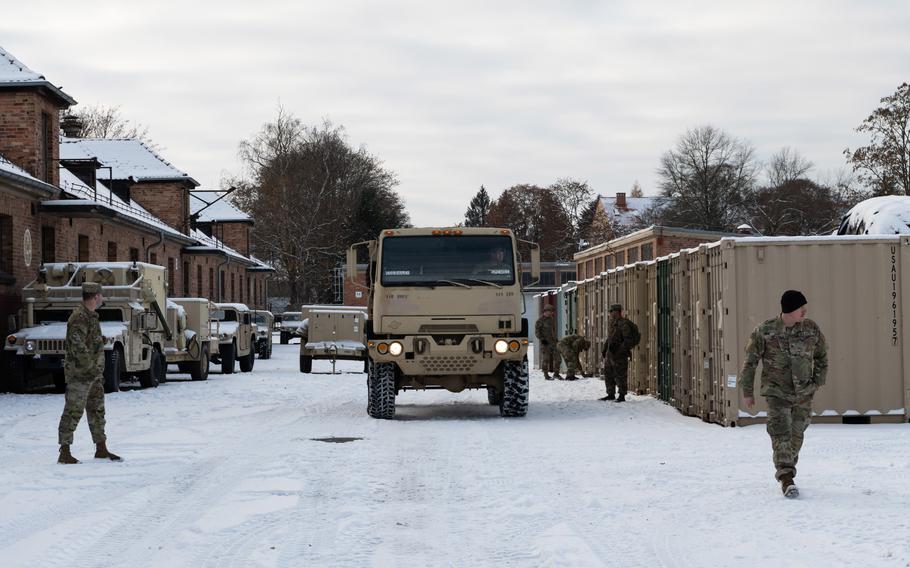 BOLESLAWIEC, Poland — On an average winter day in this small city near the border with Germany, you’re likely to hear church bells, cars struggling to start in the cold and the clicking of high heels as women move dexterously over icy sidewalks.

It’s also possible to hear something more unusual for this part of the world: American English, which residents jokingly say can drown out all other sounds.

For the past five years, U.S. soldiers have been deploying to a forward operating station within walking distance of the historic town square.

Residents say support for the Americans has never been higher, in light of Russia’s invasion of Ukraine in February and lingering fears that the ongoing war will spill over into neighboring countries like theirs.

“When the Americans first came here, many older people didn’t like it because they didn’t want things to change,” said Roksana Borcz, who works at a bowling alley in town that soldiers frequent. “But now I think they’re used to it and we feel safer because they are here.” 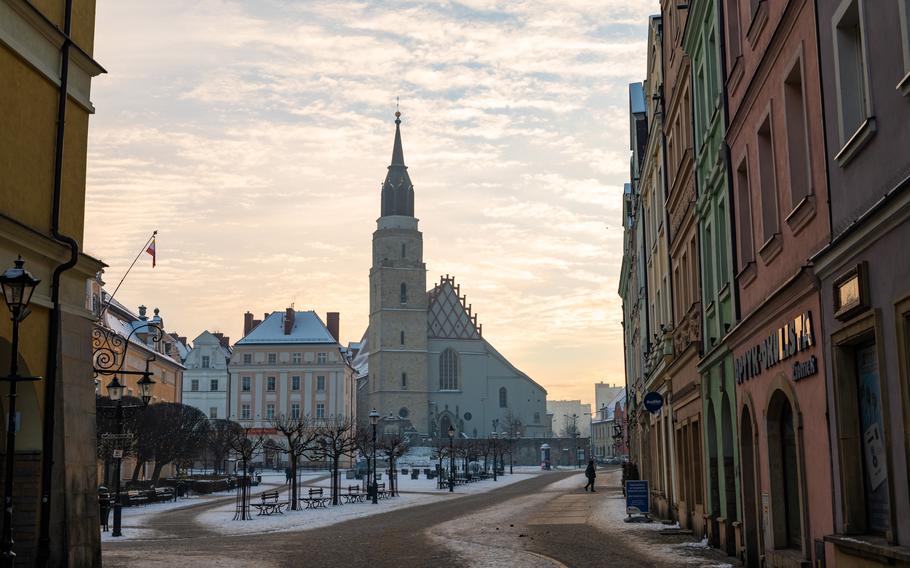 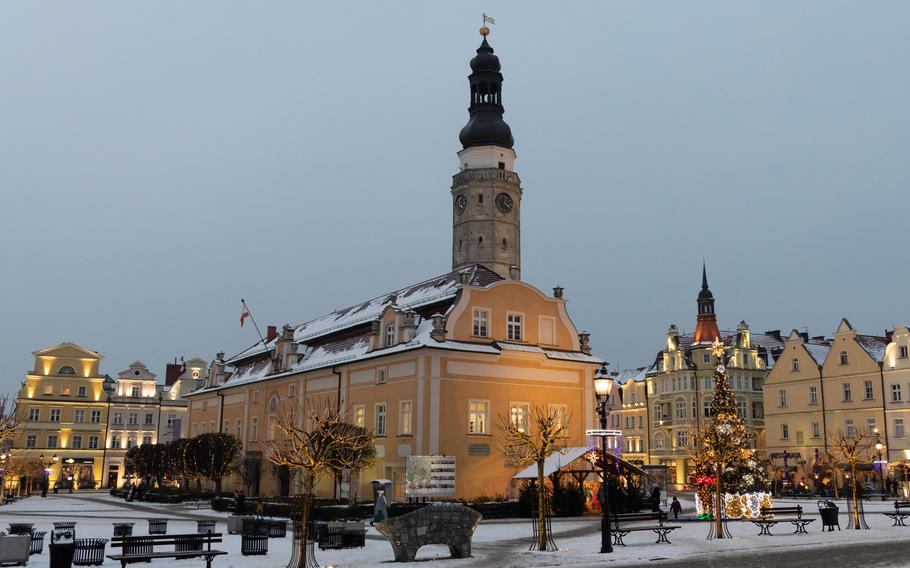 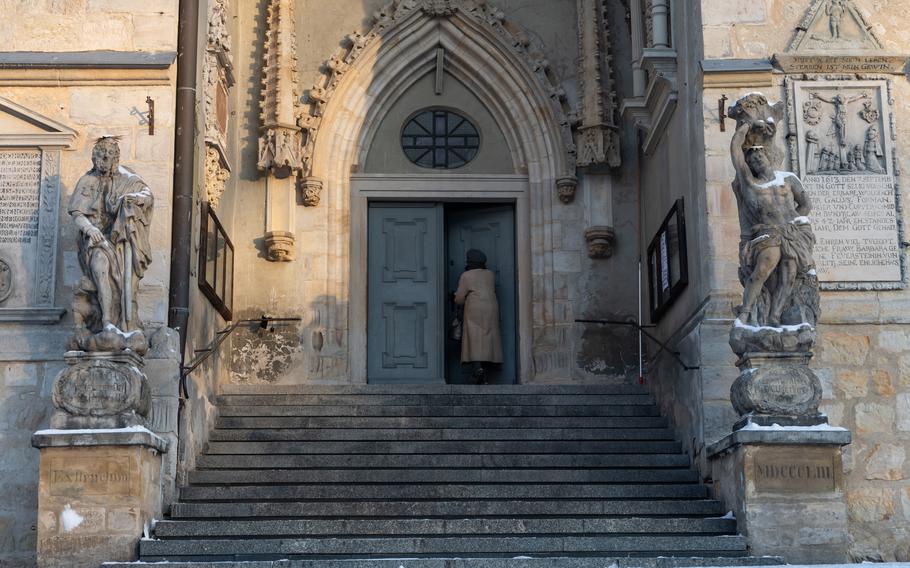 An elderly woman enters the Church of the Assumption of the Blessed Virgin Mary in Boleslawiec, Poland, on Dec. 14, 2022. Some older town residents were against the arrival of U.S. forces in 2017, but support for the Americans has become almost unanimous following Russia’s invasion of Ukraine this year. (Phillip Walter Wellman/Stars and Stripes)

Likewise, many soldiers say their work in Boleslawiec feels more important now than it did before the war, which has created a distinctive environment in which everyone remains hypervigilant despite not being in combat.

While the location is a “very comfortable place to live” and nearly 400 miles from the border with Ukraine, West said Russia’s aggression remains at the front of everyone’s mind.

In August, the Army division moved its headquarters battalion to Camp Boles, where it directs the bulk of U.S. forces in Poland and other countries on NATO’s eastern flank as part of Operation Atlantic Resolve.

The mission began in 2014 in response to Russia’s initial invasion of Ukraine and has led to more training and exercise among allies.

After the latest Kremlin aggression against Ukraine, the U.S. boosted its military presence in central and Eastern Europe.

The roughly 500 Americans living and working at Camp Boles, usually on nine-month rotations, are guests of the Polish army. That means their experience differs greatly from a typical European deployment to a large garrison that can accommodate families and provide amenities that make life more familiar. 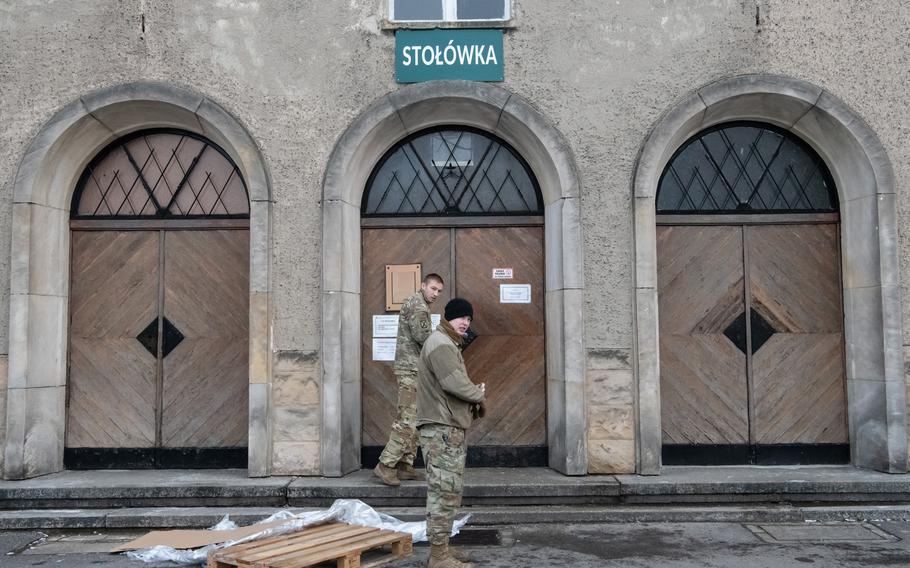 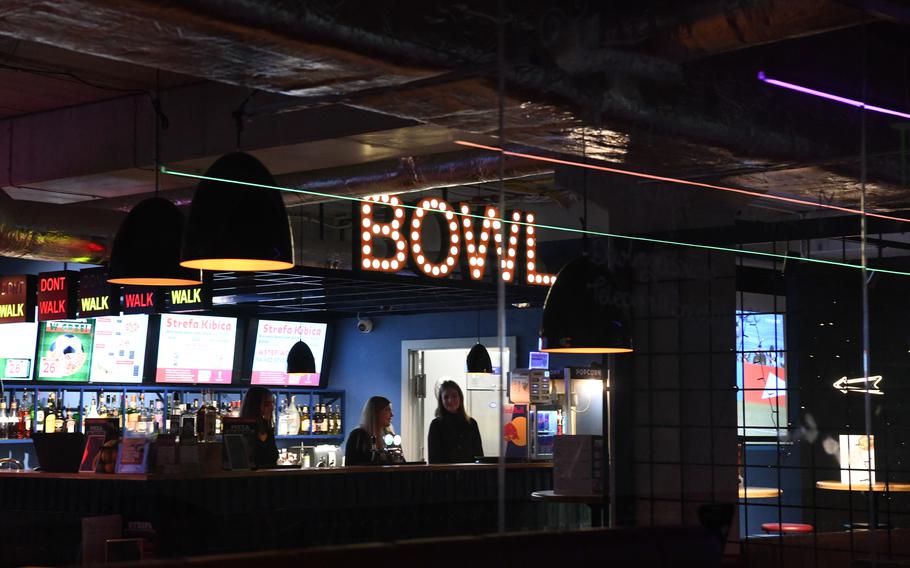 Here, soldiers live in one of several concrete dormitories, which include offices downstairs. Additional working space, gym equipment and recreational facilities are inside tents.

Polish lunch ladies serve various meat dishes at the base cafeteria. It has a dated but homely atmosphere, almost like eating at your grandmother’s but with more camouflage.

To get around outside the base, most soldiers walk, take a taxi or ride an electric scooter.

Despite the restrictions — and the occasional fire alarm going off by mistake — most Americans seem to have few complaints about life in their Boleslawiec surroundings.

“I feel a lot more at peace here than I did at my first deployment,” said Lt. Aldhair Merino, who works in planning operations and previously supported Operation Atlantic Resolve in Romania. “It’s a lot more comforting, and the reason is that there are a lot more activities.” 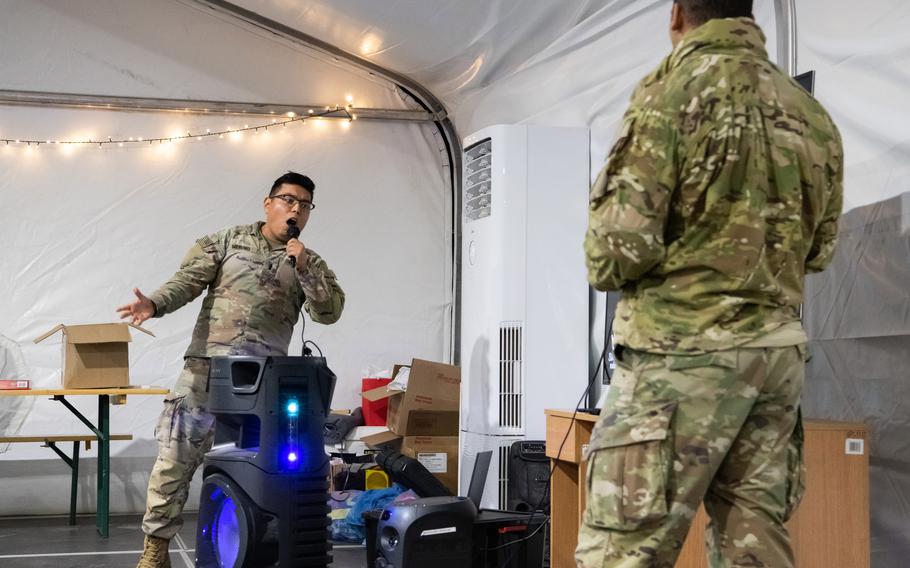 Merino spoke to Stars and Stripes after belting out Frank Sinatra’s “My Way” during a karaoke performance in the Morale, Welfare and Recreation tent organized by the base American Red Cross office.

“You still feel it,” he said of the conflict in Ukraine. “Nobody knows what anyone from the other side is thinking, so that’s something we can’t control.”

What the Army can control is its preparations for contingencies, and doing so is one of the main efforts of the 1st Infantry Division at Camp Boles.

Officials at the site recently led a large command post exercise incorporating American units across Poland, Germany and the U.S., as well as allied troops from Baltic countries.

The drill simulated an attack inside NATO territory, and allies had to learn how to work together to repel it and restore sovereignty.

The intimacy of Camp Boles and of Boleslawiec in general means those bonds also are easily strengthened in everyday life.

One extreme example is a weekly excursion hosted by Wells’ interpreter, who takes a handful of troops to a nearby pool where they “polar plunge” into chilly water, supposedly for health benefits. 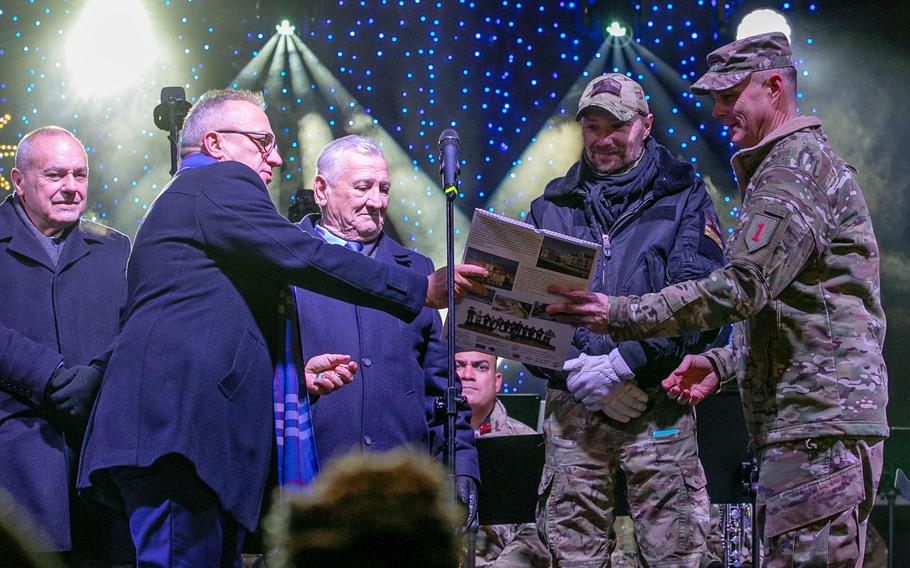 The U.S. soldiers reciprocate. For example, the division’s band recently gave a Christmas concert in the town center. Soldiers are also regular patrons at many restaurants and bars in town, especially because alcohol is banned on the Polish base.

“They are very loud when they spend time together, and this is not a common thing in Poland,” said Michal Czerniawski, who works for the Boleslawiec ceramic museum and sometimes mans the tourist information office in town.

But as the war in Ukraine drags on, American voices and slang are becoming increasingly soothing, Czerniawski said.

“The longer the war continues, the more we question our own safety,” he said. “And the presence of the American Army and the American language works to calm us down a little bit.”