Transfer of Green Berets, SEALs to Army base in Germany questioned in House funding bill 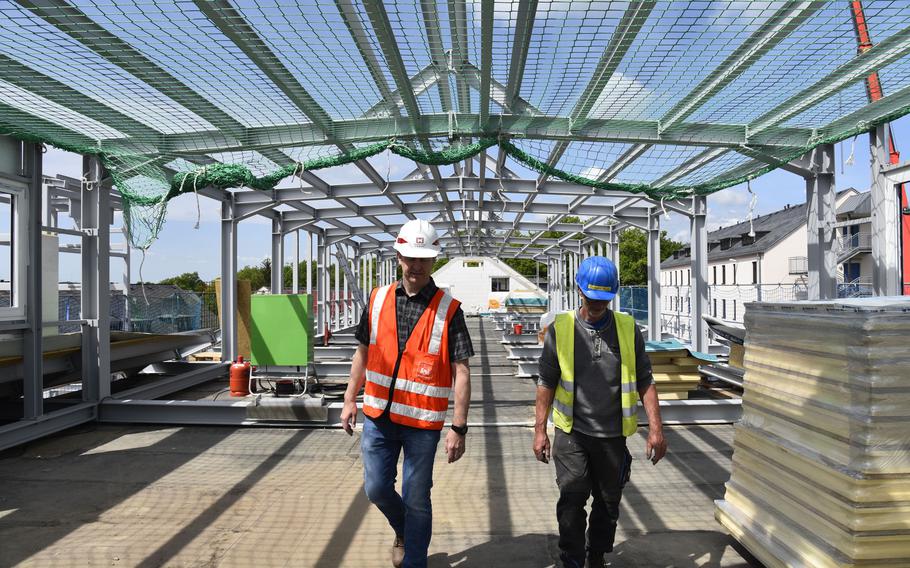 Chris Hood of the U.S. Army Corps of Engineers and a contractor discuss the progress of renovations at Smith Barracks in Baumholder, Germany, in May 2022. U.S. Special Operations Command Europe forces are slated to move from Stuttgart to Baumholder. But House lawmakers want to block funding for the construction projects saying that Defense Secretary Lloyd Austin must justify the choice. (Chris Gardner/U.S. Army)

STUTTGART, Germany — U.S. special operations units poised for a move to a rural part of western Germany could need a special Pentagon waiver that explains why those forces wouldn’t be more useful in countries nearer to Russia.

For years, U.S. Special Operations Command Europe has wanted to send SEALs and Green Berets to an Army base in Baumholder, Germany.

And those plans are coming to fruition, with various construction projects in the works and hundreds of troops expected to relocate from their current base of operations in Stuttgart.

But House lawmakers want to block funding for construction projects to support the move, saying that Defense Secretary Lloyd Austin must first justify the effort.

Specifically, the House’s version of the 2023 National Defense Authorization Act calls for Austin to explain why U.S. special operators wouldn’t be better positioned in Latvia, Lithuania, Estonia, Romania or Poland, all of which are on the front lines when it comes to deterring Russian aggression. 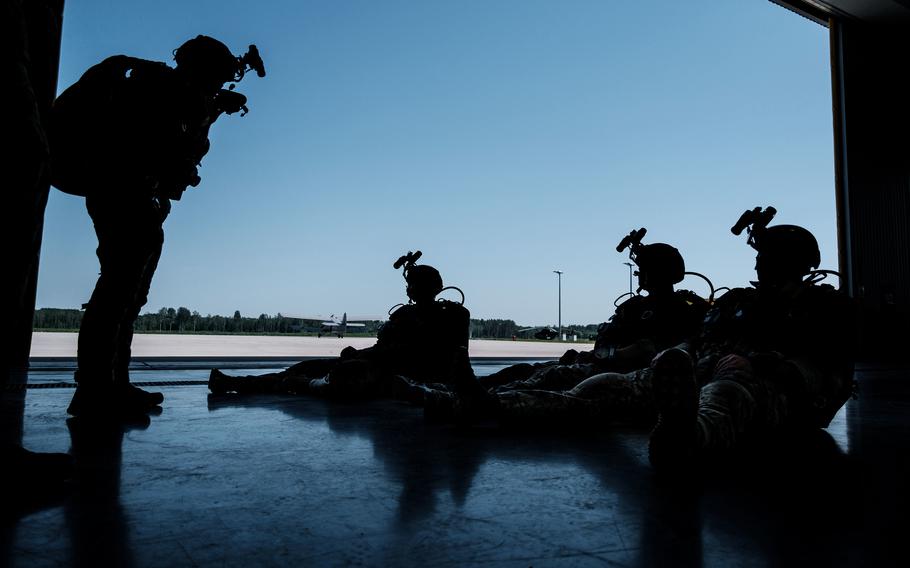 U.S. Army Special Forces soldiers prepare for a jump over Latvia in 2020. SOCEUR troops operate on a rotational basis out of local training bases in the Baltics and Poland. (Robert L Kunzig/U.S. Navy)

The waiver would need to detail how “hosting such forces in Germany would provide greater deterrence or greater operational utility” than the other nations, the NDAA states. It would also need to describe how taking up a position in Baumholder “is in the national security interests of the United States.”

The House version of the NDAA passed in July. It will eventually be reconciled with the Senate version of the act, which does not include the waiver provision and has not yet been put to a vote.

If the waiver provision makes it into the final bill, it’s unlikely that it will pose a major obstacle for the military and its planned move to Baumholder, assuming Austin doesn’t want to go in a new direction.

On the surface, Baumholder could appear to be an unlikely place to put special operations teams, given the range of security concerns along the eastern flank.

However, having sensitive infrastructure farther removed from potential hot spots in the Baltics could be one explanation for the Baumholder move.

The extensive training ranges in the area also would give operators space to coordinate larger drills with various allies.

Meanwhile, SOCEUR troops already do rotating deployments from local training bases to the Baltics and Poland, where they have had a persistent presence since 2014, when Russia’s first invasion of Ukraine paved the way for the Kremlin to annex Crimea.

The 2023 House NDAA calls for more than $200 million to be spent on various projects in Baumholder, with about $78 million directed toward buildings and facilities to support special operations teams.

The eventual move to Baumholder would shift hundreds of troops from Stuttgart, a congested metropolis, to a more rural area.

But Special Operations Command Europe headquarters is slated to remain in Stuttgart.