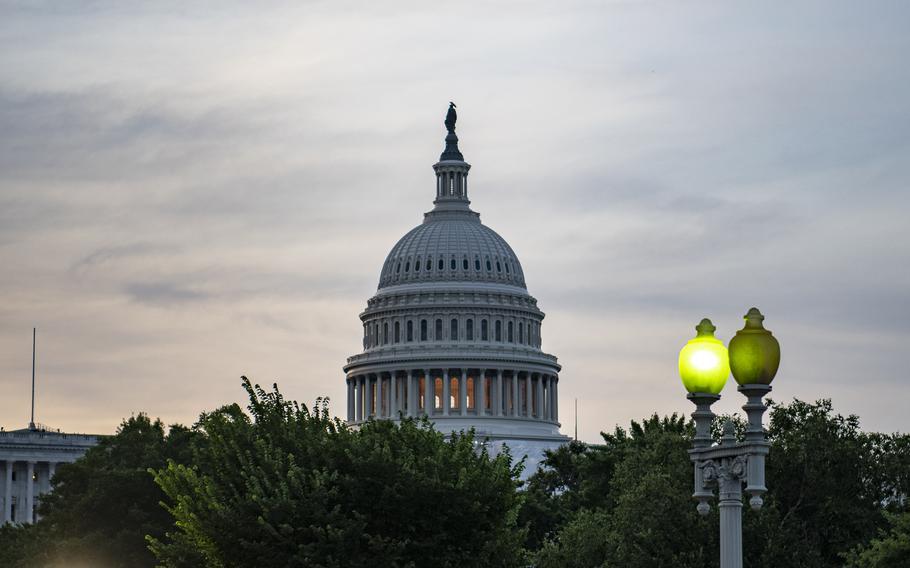 WASHINGTON — The White House is urging the Senate to adjust its version of the National Defense Authorization Act to better address military support for Ukraine and other issues as the annual Pentagon policy bill winds its way through the upper chamber of Congress.

Among the points of contention are a lack of new authorities to procure critical munitions for Ukraine, not enough funding for military construction projects and the temporary nature of a non-competitive hiring process for military spouses, according to a statement of administration policy released Tuesday by the White House Office of Management and Budget.

“Without the additional authorities requested, the defense industrial base is likely to continue to be challenged to meet surges in demand, creating long lead-times for the delivery of critical munitions or weapon systems to allies and partners of the United States to support sustained contingency operations,” the budget office wrote.

The Senate is expected to vote on its draft of the NDAA after the midterm election in November. The bill would authorize more than $846 billion in defense spending for the 2023 fiscal year, about $45 billion more than the White House requested. The House approved a $839 billion defense bill in July.

Senators formally began debate on their draft bill last week and will need to reconcile the differences between the Senate and House versions by the end of the year.

A critical munitions acquisition fund is included in the House legislation. However, Senate appropriators rejected the fund proposal for focusing too narrowly on the procurement of small amounts of certain munitions and criticized the fund for not addressing “the broader challenges of strategy investment and management of the [defense industrial base] and the supply chain.”

Several senators are pushing to include the critical munitions acquisition fund in the Senate NDAA while top members of the Senate Armed Services Committee are offering an alternative solution.

The amendment also removes several legal barriers for weapons procurement for Ukraine through the 2024 fiscal year and allows the Defense Department to partner with NATO to buy weapons for members of the military alliance in large quantities.

The White House’s budget office is also calling on the Senate to fully fund 21 military construction projects. Incremental funding as outlined in the Senate’s defense bill will create an unfunded obligation of more than $2 billion, according to the administration, and require Congress to address the issue in the future.

The White House praised some sections of the Senate’s bill, including provisions further reforming the military justice system and the exclusion of a proposal to create a Space National Guard. House lawmakers signed off on establishing the new component of the Space Force despite strong opposition from the administration, which said the move would increase costs by up to $500 million annually.