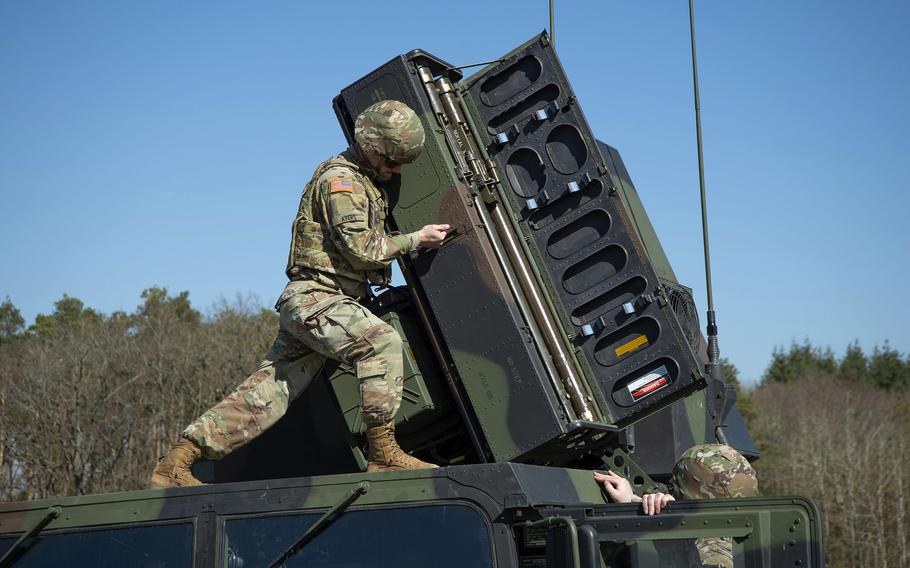 U.S. soldiers conduct Avenger missile reload procedures training at Oberdachstetten Training Area in Ansbach, Germany, in March 2022. The Army garrison in Ansbach is preparing for an influx of 500 new soldiers in connection with the arrival of air defense and engineering units. (Georgios Moumoulidis/U.S. Army)

STUTTGART, Germany — The U.S. Army base in Ansbach is preparing for an influx of 500 soldiers from an air defense battalion and an engineering brigade, an addition that coincides with major investment in the Bavarian garrison town.

The moves are part of the troop boost in Europe announced by President Joe Biden at NATO’s summit in Madrid in June.

German authorities in Bavaria said this week that they had been told the new troops will arrive on accompanied tours, meaning the addition of about 500 family members of soldiers to the Ansbach community.

In all, the U.S. will invest about $1.6 billion at the Ansbach garrison by 2032, the Bavarian government said in a statement Wednesday.

The new Ansbach units, expected to take up their positions in 2023, are the 7th Engineer Brigade and the 1st Battalion of the 57th Air Defense Artillery Regiment.

The units’ arrival in the months ahead comes on the heels of the activation last month in Sembach of the 52nd Air Defense Artillery Brigade, which now oversees multiple artillery units based in Europe.

Biden’s decision to commit more troops to Europe is linked to Russia’s unprovoked war on Ukraine, which has rattled allies and raised larger concerns about the state of security on the Continent. 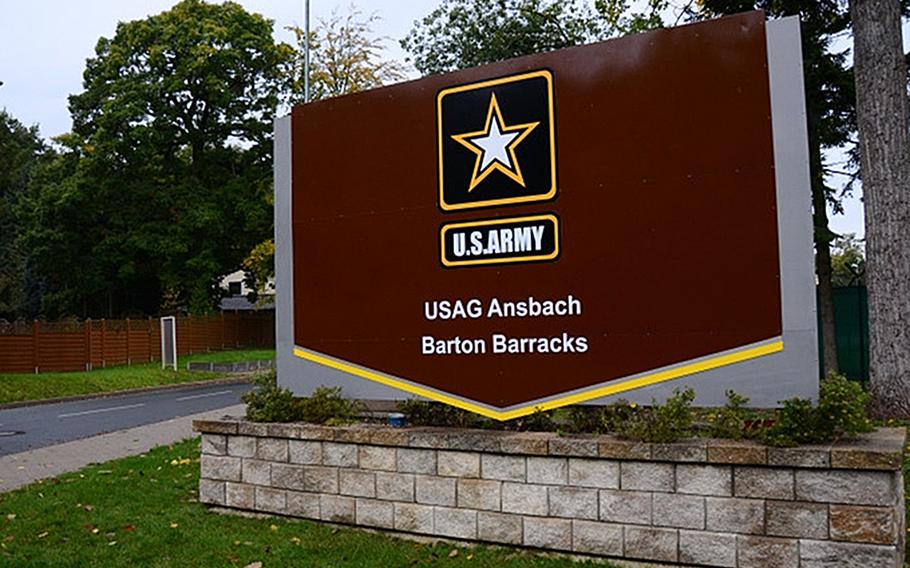 Barton Baracks in Ansbach, Germany. The Army garrison in the town is preparing for an influx of new soldiers with the impending arrival of an engineering brigade and an air defense battalion. (U.S. Army)

The military expansion also is a marked shift from just two years ago, when former President Donald Trump announced his intention to pull nearly 12,000 troops out of Europe and send an additional 5,600 troops in Germany to other allied countries.

Trump’s plan was widely seen as an attempt to punish Germany for what Trump regarded as Berlin’s reluctance to invest more in national defense. Soon after taking office, Biden put Trump’s Europe withdrawal on ice.

The reversal amounts to a change of fortune for garrison towns in Germany, many of which rely heavily on American investments.

On Wednesday, Bavarian officials touted the troop influx and the economic boost that will come with more military spending.

“We see it as a sign of our trusting cooperation that Bavaria and Ansbach were selected for this troop growth,” said Florian Herrmann, a spokesman for the state government.

With the bases in Ansbach and major training grounds in the Grafenwoehr area, Bavaria is home to thousands of U.S. soldiers and the Army’s main troop hub in Germany.

“It is of great value for the security architecture in Germany and Europe that the USA is expanding its troop presence and that together we are sending a signal of strength and unity towards NATO’s eastern flank,” Hermann said.