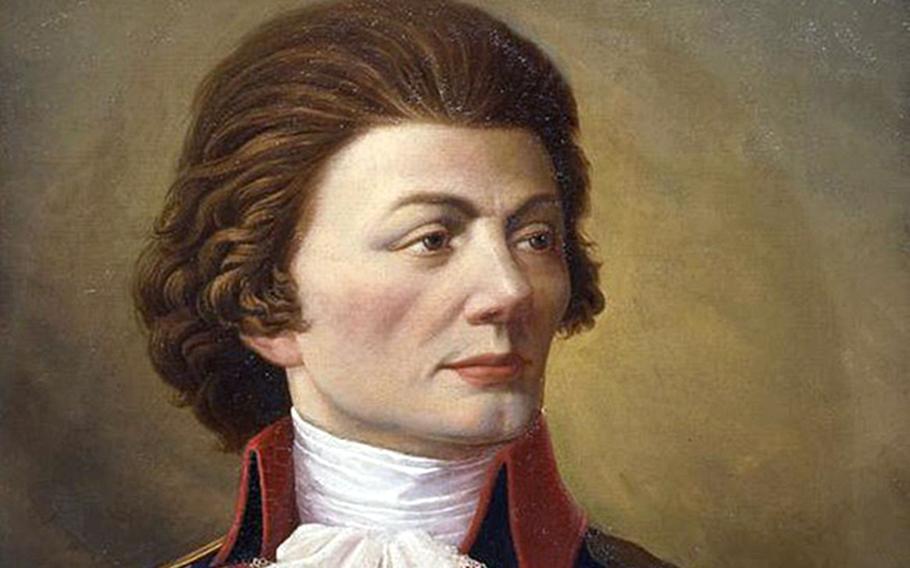 A 1897 portrait of Thaddeus Kosciuszko by Julian Rys. The U.S. Army garrison in Poznan, Poland, will soon be renamed Camp Kosciuszko after the Polish general and engineer, a national hero in Poland who helped the U.S. during the Revolutionary War. (National Park Service/Independence National Historical Park)

The Army’s new Poland garrison will soon have a new name: Camp Kosciuszko.

Kosciuszko (kosh-choosh-ko) doesn’t roll off the American tongue and could be headed for simplification to “Camp K” by soldiers. But the moniker brings a freedom-fighting flair to a base now known as Forward Operating Station Poznan.

“We believe Camp Kosciuszko is a fitting name for this installation, as it demonstrates our deep historical ties and our commitment to collective defense,” Lt. Gen. John Kolasheski, V Corps commander, said in a statement Thursday. “This camp also demonstrates the commitment to Polish and European security.”

Senior Polish officials and V Corps will host a ceremony Saturday to formally name the headquarters, which is home to the first permanent U.S. troop presence along NATO’s eastern flank.

President Joe Biden announced in June during NATO’s summit in Madrid that the U.S. will establish a new garrison in Poznan, where V Corps coordinates Army troop movements in Europe. 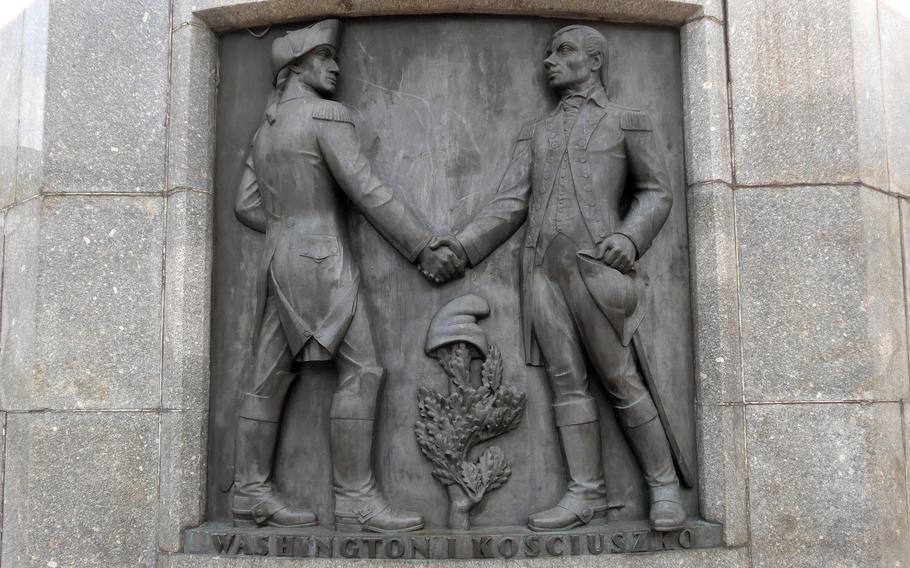 At the Thaddeus Kosciuszko Monument in Lodz, Poland, the Polish hero, right, shakes hands with George Washington. Kosciuszko fought with the Continental Army during the Revolutionary War, and as an architect oversaw the construction of American fortifications. The American post in Poznan is to be renamed Camp Kosciuszko. (Michael Abrams/Stars and Stripes)

Naming the site after Brig. Gen. Thaddeus Kosciuszko taps into an American and Polish connection dating to the Revolutionary War.

Kosciuszko, a national hero in Poland known for leading troops in battle against the Russians, also came to the aid of the United States in 1776 when he joined the war effort against the British.

He was appointed a colonel of engineers and was responsible for strategic fortifications at Saratoga in New York, according to the Thomas Jefferson Foundation at Monticello.

He also was tasked with further reinforcing West Point as a defensive position along the Hudson River. While there, he created a garden on campus grounds that’s still maintained at the U.S. Military Academy.

“Victory Corps is grateful to our Polish allies for recognizing a Polish and American hero for this honor,” Kolasheski said. “Brig. Gen. Kosciuszko was a master of building military defenses such as those found in West Point.” 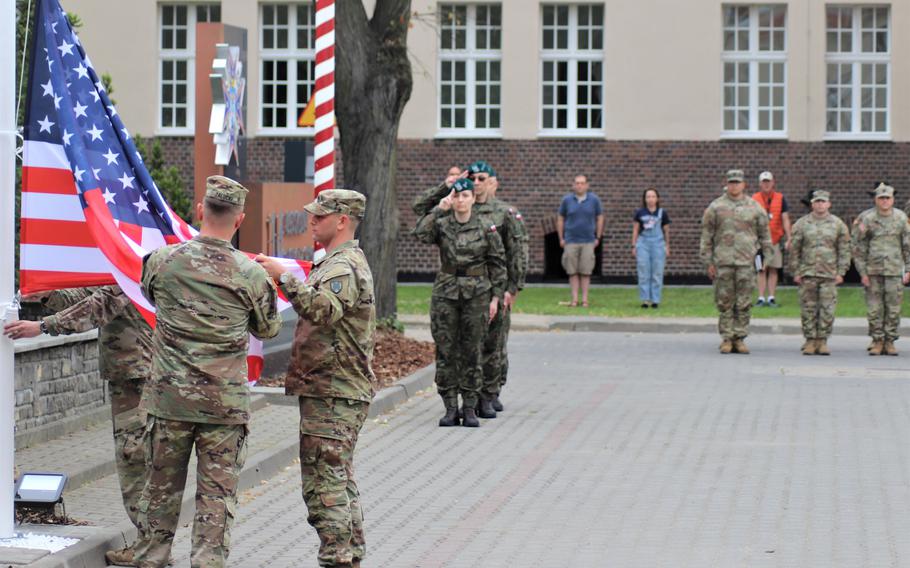 Polish and U.S. personnel raise the flag in Poznan, Poland on July 2, 2021. The compound will be renamed Camp Kosciuszko during a ceremony on July 30, 2022. Brig. Gen. Thaddeus Kosciuszko, a Polish national hero, came to the aid of the United States in 1776 when he joined the war effort against the British. (DeLancie Horton/U.S. Army)

After the war, he returned to Poland and fought against Russia and Prussia. In 1794, he was injured and taken prisoner by the Russians. After his release, he returned to the U.S.

He struck up a friendship with Thomas Jefferson, and it continued upon Kosciuszko’s return to Europe through correspondence that lasted over 20 years, according to the Thomas Jefferson Foundation.

In one letter, Jefferson called Kosciuszko “as pure a son of liberty as I have ever known.”