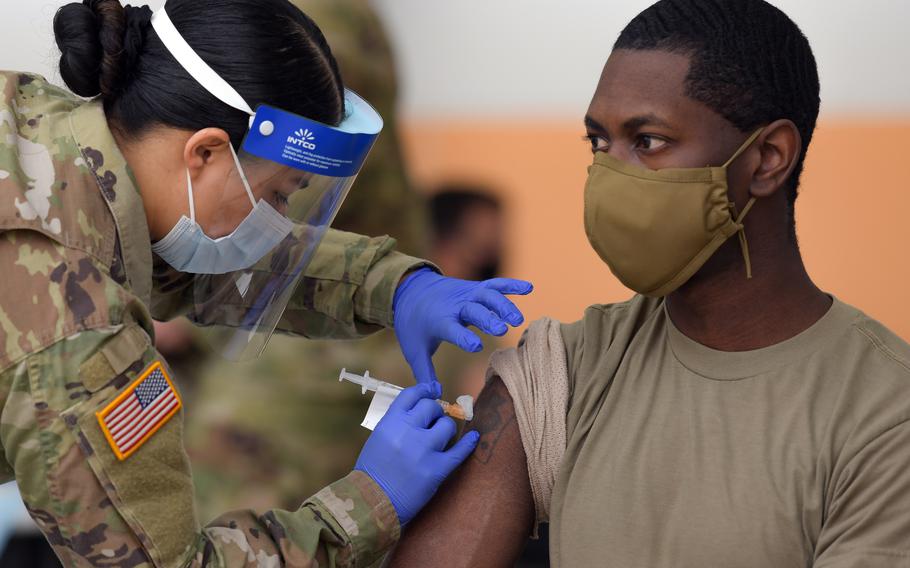 WASHINGTON — Army officials on Tuesday issued the service’s plan for mandating soldiers receive the coronavirus vaccine, with active-duty troops required to get the shots by mid-December and other troops by the end of June.

Soldiers who refuse coronavirus vaccines will be issued reprimands that “can be career-ending,” according to the Army.

The guidance from service leaders lays out the process for how the Army will handle soldiers leery of the coronavirus vaccine, which Defense Secretary Lloyd Austin on Aug. 24 made mandatory for service members.

The day before, the U.S. Food and Drug Administration granted full approval to the two-shot Pfizer-BioNTech vaccine, which had been under emergency use authorization only. 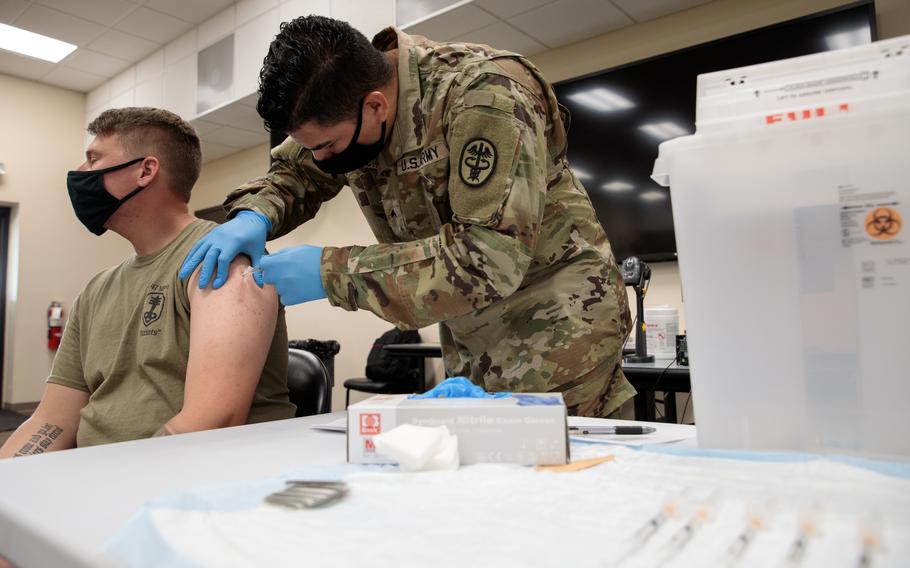 Active-duty airmen and Space Force guardians must be fully vaccinated against the coronavirus by Nov. 2, Air Force officials announced Sept. 3. Air Force reservists and Guard troops have until Dec. 2 to meet the requirement.

Navy Secretary Carlos Del Toro on Aug. 30 ordered active-duty sailors and Marines get the vaccine by Nov. 28 and reservists by Dec. 28.

Since the start of the pandemic, 43 service members have died from the coronavirus, according to the Defense Department, which does not break down the numbers by service.

“This is quite literally a matter of life and death for our soldiers, their families and the communities in which we live,” Lt. Gen. R. Scott Dingle, the Army surgeon general, said in the statement. “Case counts and deaths continue to be concerning as the delta variant spreads, which makes protecting the force through mandatory vaccination a health and readiness priority for the total Army.”

Soldiers who first refuse the vaccine will be “counseled by their chain of command and medical providers,” but subsequent failure to get the shots “could result in administrative or nonjudicial punishment — to include relief of duties or discharge,” according to the statement.

However, soldiers with legitimate medical or religious reasons that justify not receiving the vaccine can apply for exemption to the requirement, and those with pending exemption requests “will not be subject to adverse actions until the exemption is fully processed,” according to the service.

While all soldiers will be issued a memorandum of reprimand should they refuse the vaccine without a pending or approved exemption request, officers are subject to removal from command positions should they refuse.

“Prior to any adverse action, each would be notified of the suspension and potential relief from their duties,” the Army said. “They would then be counseled and provided the opportunity to be vaccinated before they would become subject to removal from their positions by a general officer.”

Officers and noncommissioned officers waiting to assume command, key-billet or sergeant major positions will be removed from the list for their assignments should they refuse the vaccine, according to the statement.

The service also noted in its statement that soldiers with previous coronavirus infections “are not automatically exempt from full vaccination.”