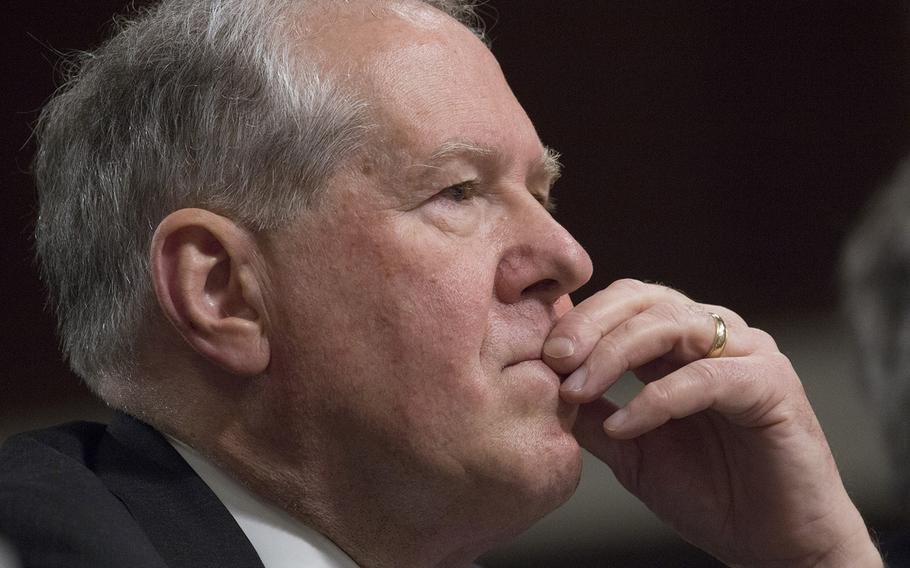 Defense Secretary Lloyd Austin said Tuesday in a statement that Kendall’s “decades of expertise and impact in service to our national security and defense make him an unmatched asset for the challenges we face today.”

“Frank has led the department’s acquisition efforts to equip our warfighters with the latest capabilities and cutting-edge weaponry for the battlefield, educated our next generation of leaders at [the U.S. Military Academy at West Point, N.Y.] and served as a human rights lawyer,” Austin said. “… Frank understands firsthand the commitment and sacrifice our troops give day in and day out.”

The Senate vote was unanimous Monday after Sens. Gary Peters and Debbie Stabenow, both Michigan Democrats, held up Kendall’s vote for about a month to secure promises by the Air Force and Pentagon to support their state’s Selfridge Air National Guard Base, Defense News reported Monday.

Peters and Stabenow were concerned Air Force officials chose Arkansas’s Ebbing Air National Guard Base over Selfridge to host an international F-35 Joint Strike Fighter training center, but were assured Selfridge would “remain a hub for the A-10 for at least the next 10 years, as well as future tanker aircraft,” Air Force Times reported Tuesday.

Sen. Kevin Cramer, R-N.D., said in a statement Monday that it is “crucial for the United States to have its military leaders in place as we work to fend off rising threats posed by foreign adversaries like China, Russia and Iran.”