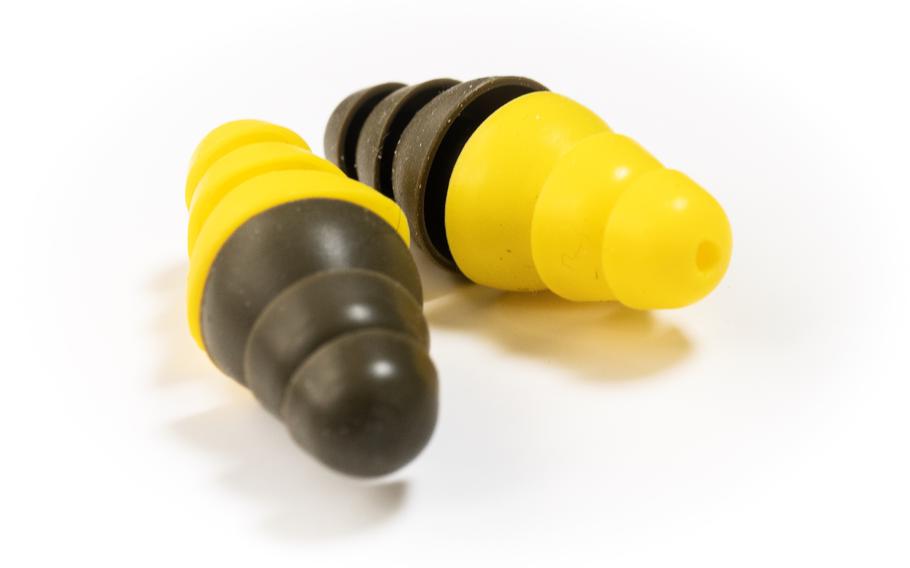 Earplug manufacturer 3M announced Tuesday, July 26, 2022, that the company has set aside more than $1 billion to resolve the more than 290,000 pending cases from veterans who claim the company’s earplugs that they used during military service damaged their hearing. ()

Earplug manufacturer 3M has set aside more than $1 billion to resolve the more than 290,000 pending cases from veterans who claim the company’s earplugs that they used during military service damaged their hearing.

The move announced Tuesday is part of a voluntary bankruptcy filing of Aearo Technologies, the 3M subsidiary responsible for the earplugs.

"We have great respect for the brave men and women who protect us, and remain committed to the military as an active partner and valued customer going forward," said Mike Roman, 3M’s chairman and chief executive officer. "We determined that taking this decisive action now will allow 3M and Aearo Technologies to address these claims in a way that is more efficient and equitable than the current litigation."

Since May 2021, a series of 16 cases involving 19 veterans have gone to trial in Florida federal courtrooms with varying results. The veterans won in nine cases with juries awarding nearly $300 million in damages. 3M won in six of the cases. In another case, a jury found both sides were at fault.

Each of the cases focuses on a product called the combat arms version 2 dual-sided earplug. The earplugs were used in the military until 2015. According to lawsuits against 3M, the earplug could imperceptibly slip in the wearer’s ear and cause hearing loss or tinnitus.

Aearo Technologies, which was acquired by 3M in 2008, has voluntarily initiated chapter 11 proceedings in U.S. Bankruptcy Court for the Southern District of Indiana and is seeking court supervision to help establish the trust — funded by 3M — to efficiently and equitably resolve all claims determined to be entitled to compensation, according to Tuesday’s announcement.

As of July 15, there are more than 290,000 actions pending from veterans in federal civil courts. 3M said this move is intended to speed up the resolution of cases, which could take decades at the current pace.

Bryan Aylstock of Aylstock Witkin Kreis & Overholtz, PLLC, and Christopher Seeger of Seeger Weiss LLP, the court-appointed lead counsel for the veterans, described 3M’s strategy as “further proof that they value their profits and stock price more than the well-being of veterans who fought and served our country.”

The $1 billion trust “is woefully underfunded and not the ‘efficient and equitable resolution’ that 3M is desperately pretending it is,” they said.

The attorneys for the veterans said they will raise arguments in bankruptcy court to have the petition be denied.

“Instead of negotiating in good faith, 3M decided to move its relentless attack on U.S. soldiers from the civil courts to the bankruptcy system. 3M is a massively profitable corporation that knowingly caused hearing damage to hundreds of thousands of U.S. service members,” Aylstock and Seeger said.