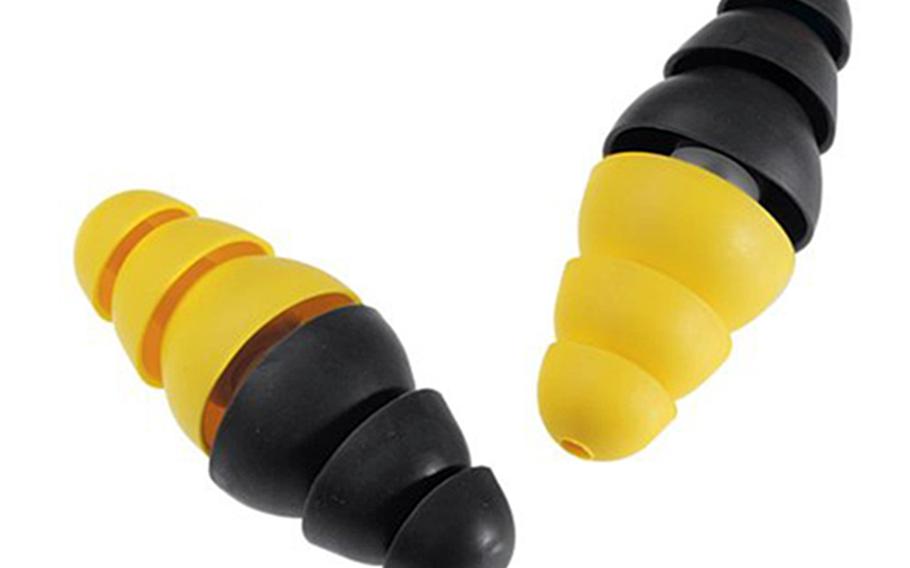 Combat Arms earplugs as manufactured by Aearo Technologies. The plugs, which were standard issue in Iraq and Afghanistan, were found to be defective and allowed ''damaging sounds to enter the ear canal.'' Last week, 3M, which acquired Aearo in 2008, agreed to pay a $9.1 million settlement to the U.S. government for selling the defective earplugs to the military. ()

A federal judge in Florida has ordered thousands of veterans’ lawsuits against an earplug manufacturer to be scheduled for trials to alleviate a backlog of more than 250,000 cases.

The order this week from Judge Casey Rogers in the Northern District of Florida called on veterans’ attorneys to move 1,358 cases in the first wave, then between 10,000 and 20,000 in subsequent orders. The cases, which have become the nation’s largest multidistrict litigation, claim the Minnesota-based company 3M sold earplugs to the military that could loosen from the ear canal and led to hearing loss and tinnitus, or a ringing in the ears.

Rogers wrote moving cases to the active docket will help accelerate discovery and ongoing bellwether trials, which are used to present a representative of the cases before a jury to gain useful information for potentially reaching a settlement for all cases.

“We believe the order will ensure the continued efficient management of this litigation and serve the interests of justice for the 250,000 service members who have suffered hearing damage due to 3M’s negligence,” according to a statement from Bryan Aylstock of Aylstock Witkin Kreis & Overholtz, PLLC, Shelley Hutson of Clark, Love & Hutson GP, and Christopher Seeger of Seeger Weiss LLP, the lead attorneys for plaintiffs in the case.

So far, five veterans have presented their cases in three jury trials. During the first trial, held in April, a jury awarded $7.1 million to three Army veterans. 3M won in the second trial in May, which involved one veteran. In June, a jury found 3M partially liable and awarded the Army veteran $1.05 million.

A trial scheduled for next month was dismissed, because the veteran’s injury was “unrelated to noise-induced hearing loss or 3M,” the company said in a statement.

“Simply because a case is filed does not mean it has any merit. Large, multidistrict litigations, like this one, often see allegations that have no basis in fact simply to increase the number of claims against companies,” 3M said.

Rogers presided over each previous case, but has reached out to other judges in Florida’s northern district to oversee bellwether trials scheduled for October and December.

The earplugs at the center of the lawsuits are 3M’s Combat Arms Version 2 dual-sided earplug. Work on designing the earplug began in the 1990s and it was used in the military until 2015. The company never issued a recall on the product and version 4 of the earplug remains in use by the military, according to 3M.

The company declined to comment on this week’s order from Rogers.