US pulls trigger on sending Abrams tanks to Ukraine 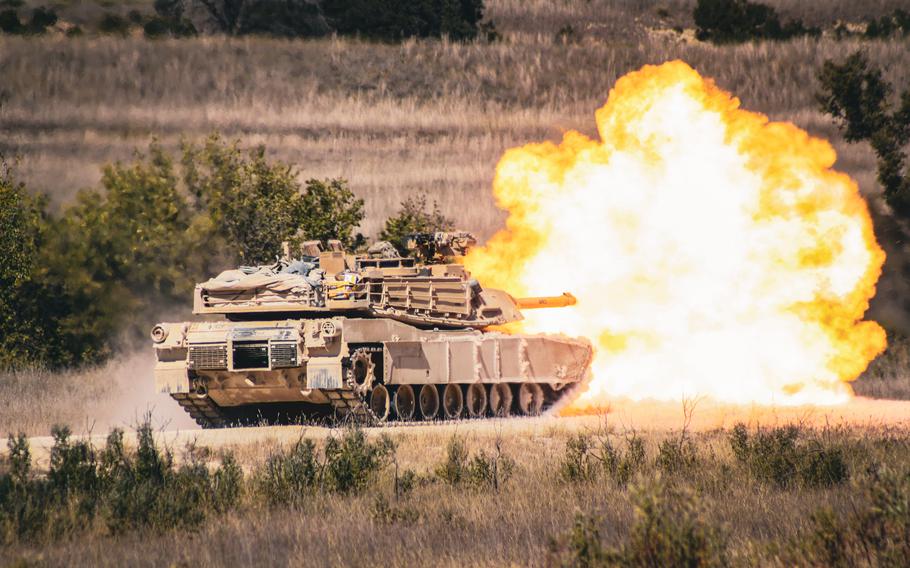 The move follows more than a week of international pressure on President Joe Biden’s administration from allies and speculation about sending battle tanks to Ukraine.

“It’s very much a continuation of our efforts to provide Ukraine with the capability that they need to continue to better defend themselves,” a senior administration official told reporters.

U.S. officials did not specify which variant of the Abrams — the M1A1 or the M1A2 — would be sent to Ukraine, but they said the tanks will be procured through the Ukraine Security Assistance Initiative rather than the presidential drawdown authority. Providing weapons and equipment through funding from the initiative is a longer process, and the tanks will be procured from the defense industry and not taken from Defense Department stocks. The officials said it would be several months before Ukraine receives the tanks. The officials also said training Ukrainian troops on the Abrams is part of the deal, and it will take place at an undisclosed location somewhere outside Ukraine.

Along with the announcement of Abrams tanks, the U.S. will send Ukraine eight tactical recovery vehicles, support vehicles, and equipment and funding for “training, maintenance and sustainment,” the Pentagon said.

“It will enhance Ukraine's capacity to defend its territory and achieve strategic objectives," Biden said in his announcement at the White House. "The Abrams tanks are the most capable tanks in the world."

Biden and the Pentagon have been asked repeatedly in recent days about Ukraine’s requests for tanks such as the M1 Abrams and the German-made Leopard 2. Ukraine President Volodymyr Zelenskyy has said his armed forces need the stronger, more maneuverable tanks to fight off Russian forces across the country.

Earlier Wednesday, German officials agreed to send dozens of its Leopard tanks to Ukraine. German Chancellor Olaf Scholz told members of parliament in Berlin that it took some time to confirm that sending the tanks now is the right move. He also indicated it was important to send them “in close cooperation” with the United States sending the Abrams tanks.

It was reported last week that German officials said they wouldn’t send the Leopards unless the U.S. agreed to send the Abrams. The Pentagon has said there’s no “linkage” between the two contributions, but U.S. officials stressed Wednesday that a great deal of strategy concerning the evolving war is done in concert with allies.

“Keeping unity inside the alliance with our partners has also been really important,” said a senior administration official who spoke on condition of anonymity. “So, coupled with the near-term commitment the Germans have made on Leopards, we think that the contribution by us with the Abrams represents the long-term commitment.”

Pentagon officials had argued in recent weeks that the Abrams was not suitable for Ukrainian battlefields for multiple reasons. Chief among them, they said, is the complexity of operating and maintaining the tanks. But senior administration officials said Wednesday that the conditions of the war in Ukraine are constantly changing.

“Given what we expect will be the kind of fighting that will occur in weeks and months ahead … this is very much in keeping with a constant conversation that we have had with allies and partners as well as, of course, Ukraine,” one of the officials said. “We have said all along that the capabilities we are going to provide are going to evolve with the needs of the war, and I think that’s what you’re seeing here.”

The Abrams first entered service in 1980. The first model, the M1, was produced in the late 1970s and the second edition, the M1A1, began production in 1985. The most recent variant, the M1A2, has been in service since 1992 and is the version that has the most sophisticated features.

The M1A2, for example, is equipped with an independent thermal sight and can fire at two different targets virtually at the same time, without having to lock on sequentially. It also has an automatic firefighting system in the crew compartment and can actively deflect computerized in-bound missiles. Some of the later variants have a Tank Urban Survival Kit, which is a series of refinements that allow the tank to perform better in urban warfighting environments.

Pentagon officials have said another aspect of the M1 Abrams that affected the debate to send the tank to Ukraine is its need for maintenance and spare parts in the battlefield, at a time when the world continues to deal with supply chain challenges, due partly to Russia’s war.

“It is the most capable tank in the world, but it’s also the most sophisticated,” a senior administration official said of the M1 Abrams. “And there are supply chain issues that have to be dealt with, certainly. Training and maintenance issues that have to be dealt with. And that’s why we’re doing it through USAI, so we can take the time — not too much — but take enough time to make sure that when they get into the field the Ukrainians use them and maintain them and keep them in the fight offensively on their own.”

The Abrams carries a crew of four people is shielded with composite armor, and its main armaments are 105 mm or 120 mm shells, along with a .50 caliber machine gun. Its maximum speed is between 42 and 45 mph on roads and 25 to 30 mph off roads. The Army is the only U.S. operator of the M1 Abrams, though the Marine Corps also used the tank at one time.

The Abrams tank also is powered by a multi-fuel engine that most often runs on jet fuel.

The agreements by the U.S. and Germany to send the heavy-duty battle tanks come after other countries recently stepped up their weapons and equipment contributions. Britain already has agreed to send some of its Challenger tanks to Ukraine, and France has committed some of its lighter tanks. Zelenskyy has said heavy-duty tanks would be instrumental in driving back Russian forces across the Donbas region of eastern Ukraine where Moscow has been seeking to expand its footprint for nearly a year.

Development for the M1 Abrams, which is named after Gen. Creighton Abrams, former Army chief of staff and the top commander during the latter part of the Vietnam War — began in the 1970s when the Army began looking for a replacement for the aging M60 Patton tank. The M1A1 was used in Kuwait and Iraq during the first Gulf War in the 1990s, and the M1A2 was used in Iraq and Afghanistan in the 2000s. For a time in the 2010s, there were reports that the Army was looking to develop an M1A3, but there has been no Pentagon confirmation on that possible variant and no further reports on development.

Officially, the Army is exploring a replacement for the Abrams with the Next Generation Combat Vehicle — a program that is also eyeing replacements for the M2 Bradley Fighting Vehicle and M113 armored personnel carrier, both of which also have been pledged by the U.S. to Ukraine.

The Biden administration’s pledge to send Abrams tanks signals the latest round of military equipment the U.S. is sending to Ukraine. The Pentagon announced a $2.5 billion military aid package last week that includes other heavy-duty vehicles such as Bradleys and Stryker armored personnel carriers.