Russia sending tens of thousands of new troops into Ukraine after losses in the Donbas, Pentagon official says 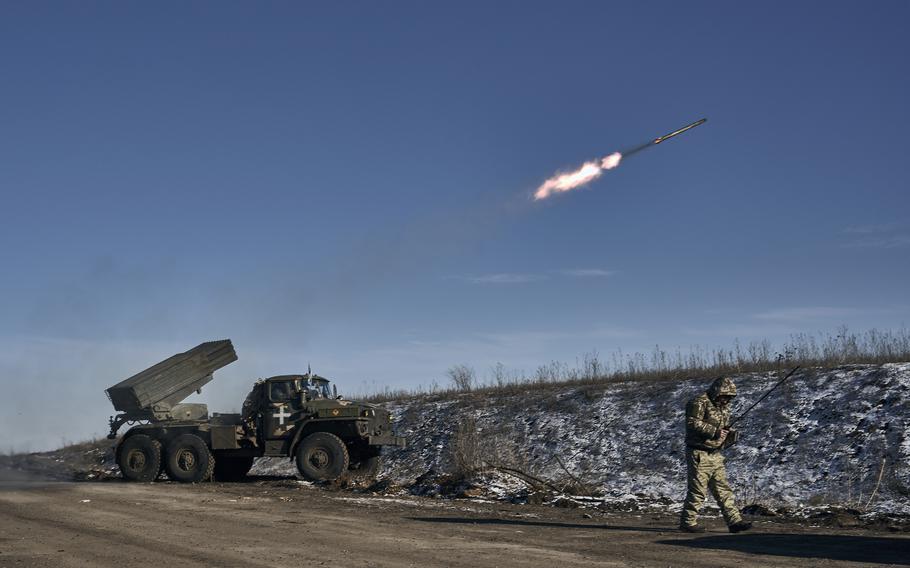 WASHINGTON — Russia’s military is moving to fortify its position in the Donbas region of Ukraine by sending tens of thousands of replacement troops into the fighting after months of losses in the eastern region of the country, a U.S. military official said Monday.

Russian forces took control of the city of Bakhmut almost a year ago after Moscow opened a phase of the war that focused on territories in the Donbas, the far eastern corner of Ukraine comprised of the Luhansk and Donetsk oblasts.

Recent successes by Ukrainian fighters in the Bakhmut area have prompted Moscow to send in reinforcements, said the senior U.S. military official who spoke on condition of anonymity. U.S. and Ukrainian officials have said Ukrainian troops are presently in control of Bakhmut, though Moscow claimed this week that its forces have taken control of a nearby salt-mining town, Soledar.

“Ukraine forces continue to successfully hold and defend Bakhmut,” the U.S. military official said, adding the new Russian troops are being “rushed” to the battlefield “ill trained” and “ill equipped.”

The fighting in Bakhmut has been intense for months and has changed hands since Moscow announced last April that it was opening a new phase of the war to concentrate on key areas of the Donbas such as Mariupol, Severodonetsk and Kreminna.

The U.S. military official said most of the front lines remain “largely static,” except for Russian moves in Bakhmut and some “incremental gains” by Ukrainian forces in Russian-occupied Kreminna, which is about 115 miles southeast of Kharkiv.

The Russian replacement troops are being sent to Ukraine just days after U.S. Defense Secretary Lloyd Austin and Army Gen. Mark Milley, chairman of the Joint Chiefs of Staff, traveled to Germany to attend a meeting of the Ukraine Defense Contact Group — a collection of military officials from dozens of countries who meet to discuss Ukraine’s battlefield needs. Smoke billows after Russian attacks in the outskirts of Bakhmut, Ukraine, on Tuesday, Dec. 27, 2022. (Libkos)

Austin said several countries stepped up with new contributions at the meeting, including Britain, France, Germany, Latvia, Estonia, Denmark, the Netherlands and Sweden. The contributions include munitions, armor, air-defense equipment and tanks.

Ukraine recently has been requesting heavy-duty battle tanks to expel Russian forces from key areas. Britain has agreed to send its Challenger 2 tank and the U.S. has been providing Russian-made T-72 tanks, but some experts and Ukrainian officials have said more capable tanks, such as Germany’s Leopard 2 and the U.S. M1 Abrams, are needed.

Last week, Germany said it would send Leopards if the U.S. agreed to send the Abrams. Pentagon officials have said, however, the M1 Abrams, which has been in service for almost 45 years, is not suitable for Ukraine’s needs, at least right now.

The senior military official acknowledged the M1 Abrams is an “extremely capable” weapon, but emphasized it can be costly to operate and it requires a lot of maintenance and logistics support.

While Germany has yet to agree to send the Leopards, other countries that own the tanks have said they might do so. About 2,000 Leopards are operated by NATO countries. Poland, which borders Ukraine to the west, has said it might send some Leopard 2s across the border. On Sunday, Germany’s foreign minister said if that happens, the German government wouldn’t stand in the way.

The U.S. senior military official said the Bradleys have not yet arrived in Ukraine and the first Strykers were announced last week as part of the latest U.S. military aid package worth $2.5 billion.

The M1 Abrams entered service in 1980 and differs in several ways from other battle tanks. For example, it runs on jet fuel most of the time and it weighs significantly more than the Leopard 2.