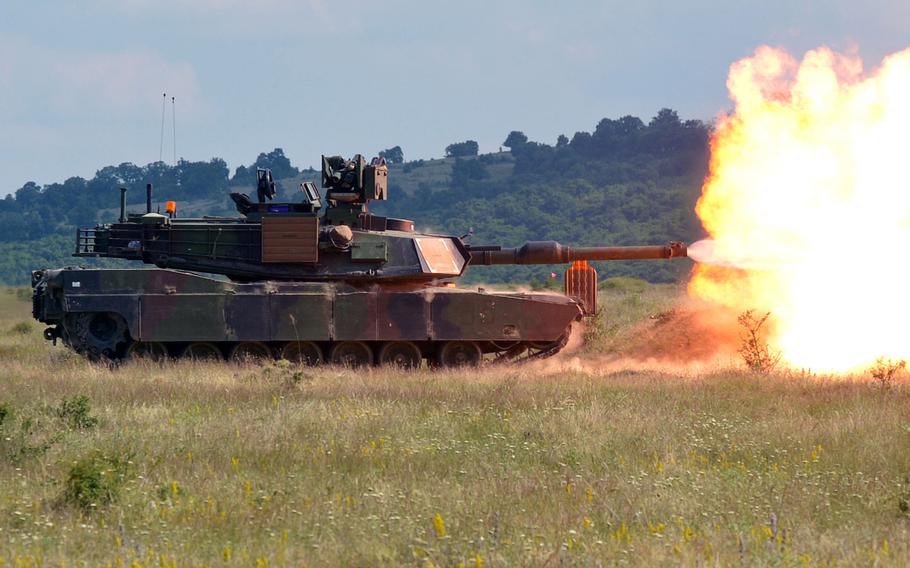 An M1A2 Abrams tank assigned to the 3rd Infantry Division fires a practice round at the Novo Selo Training Area in Bulgaria in 2015. Ukraine is hoping to get Abrams tanks from the U.S. for their fight against Russia. (Michael Abams/Stars and Stripes)

A tank is just an armored vehicle with a gun, right?

Try saying that in any online forum of soldiers and behold the blast of technical debate and expletive-laden passion that follows.

The debate in military circles over what vehicles are tanks is a long one that has intensified as Western countries discuss what to send Ukraine for its fight against Russia.

Discussing the development with Bloomberg, Mark Cancian, a senior adviser at the Center for Strategic and International Studies, described the vehicle as “in effect, a light tank.”

That comment unleashed a flood of military enthusiasts on social media racing to reject the description and argue that the Bradley was in no way, shape or form a tank.

“A ‘tank’ (at least in the ground combat sense) has a specific meaning,” Twitter user Mike Glenn wrote. “Although they both wear helmets, a wide receiver on a football team isn’t a quarterback.”

The tempest grew when French President Emmanuel Macron described the AMX-10 RC vehicle his country was sending to Ukraine as a “light battle tank.” 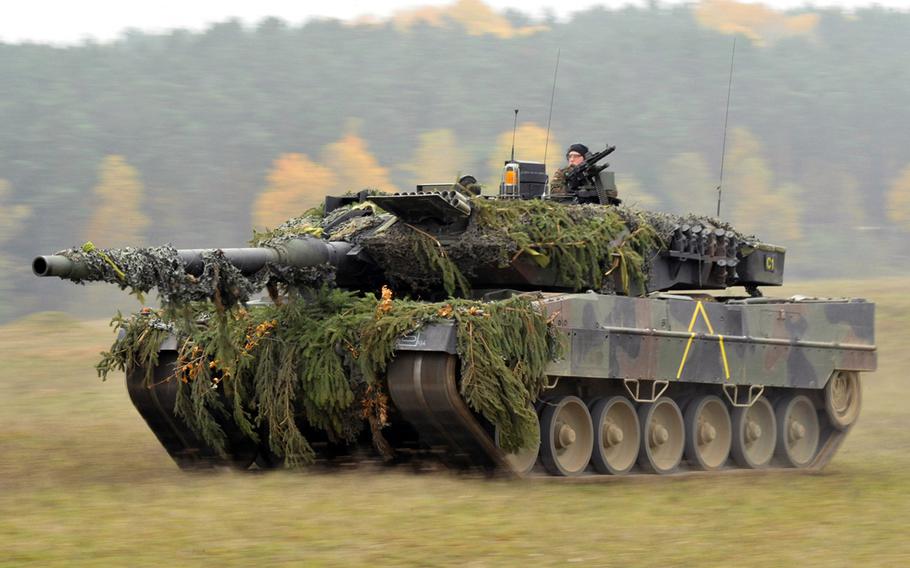 A German army Leopard 2 tank during a Saber Junction exercise in Hohenfels, Germany, in 2012. Ukraine is hoping to acquire the tank despite German reluctance. (Markus Rauchenberger/U.S. Army)

Different languages also complicate the debate. Germany refers to several of its vehicles with armor as a type of “panzer,” which any popular online translation tool will render in English as “tank.”

Ukraine has repeatedly asked the West for tanks to help it repel Russian forces from its territory, and no one is questioning that it specifically wants main battle tanks, or MBTs.

These machines, such as the U.S. Abrams M1A2, the U.K. Challenger 2 and Germany’s Leopard 2, are used to break through enemy lines and destroy opponents with direct fire.

In terms of design, an MBT should have an enclosed turret and a large gun, move on tracks and be equipped with armor that makes it resistant to most weapons. A Bradley fighting vehicle rolls across the range during a live-fire demonstration at the training area in Cincu, Romania, in 2017. The U.S. is sending Bradleys to Ukraine to help the country defend itself as fighting with Russia continues. (Michael Abrams/Stars and Stripes)

But some people in the terminology brouhaha believe that it should be acceptable to refer to other types of armored vehicles used in combat as tanks, even if they aren’t used in exactly the same way as an MBT.

“It’s a valid discourse as long as the counterargument isn’t: ‘It has treads and shoots, so it must be a tank,’” said Michael Akopian, a research assistant at the Center for a New American Security who specializes in defense.

Akopian has no qualms with some vehicles besides MBTs, like the Bradley, being called light tanks.

But many active-duty and retired service members, who have generated much of the online resistance, think otherwise.

The opinions often run strongest for those who served either as members of tank crews or as infantry who dismounted from armored vehicles as part of their combat training. Others took shots at news reports, particularly those produced by journalists who don’t regularly cover the military.

“If media folks would hire just a handful of the thousands of combat veterans out there from 20 years of war you won’t have this problem,” J.R. Salzman tweeted.

Meanwhile, Cancian stands by the comments he gave to Bloomberg.

“Army doctrine says that a Bradley is not a tank because the Army does not use it like a tank, they use it to support the infantry and to carry infantry,” Cancian, a retired Marine Corps reserve colonel, told Stars and Stripes by phone. “But if you just look at their capabilities, my argument is that they are, in effect, a light tank.” 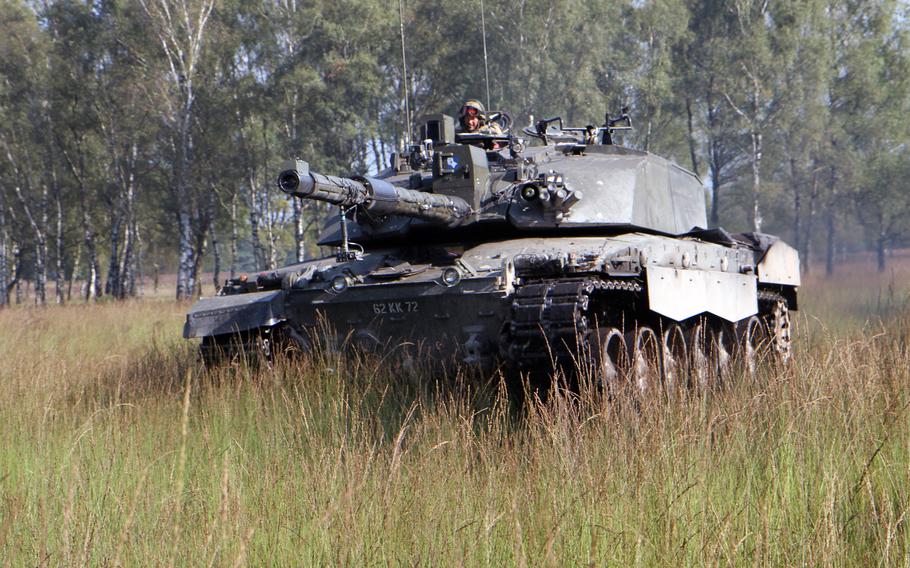 In addition to the Bradleys, dozens of German-made Marders are being sent to Ukraine. Both are considered infantry fighting vehicles and play a key role in offensive warfare by protecting and transporting mechanized infantry and providing continuous fire support once soldiers dismount.

The AMX-10 RC supplied by France is an armed and armored reconnaissance vehicle with wheels instead of tracks and is therefore considered an armored car. These vehicles have less armor than main battle tanks.

The 90 Strykers the U.S. announced last week that it will send to Ukraine also have wheels instead of tracks and are a type of armored personnel carrier.

Vehicles such as self-propelled artillery and self-propelled anti-aircraft guns typically have tracks and are built on the same chassis as main battle tanks but lack an MBT’s thicker armor. 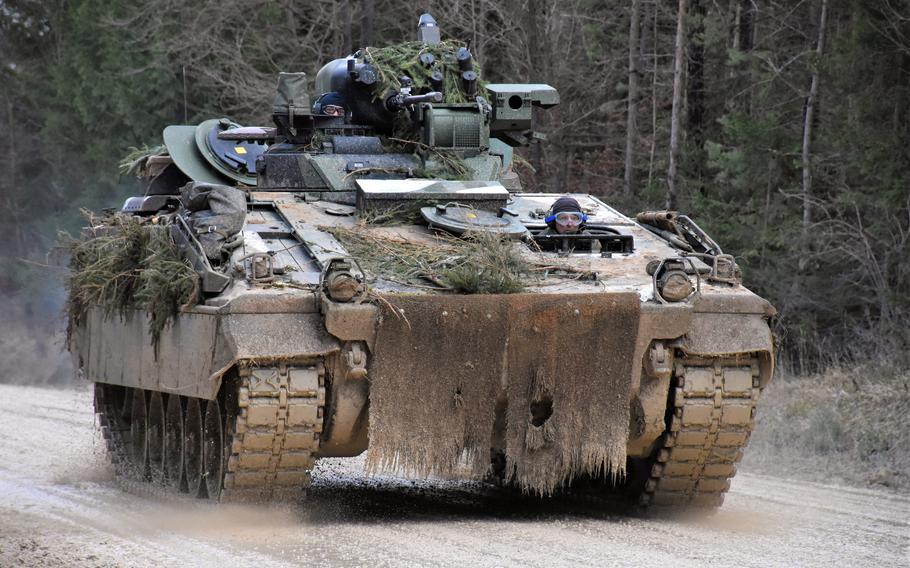 Tank purists argue that while all these different machines serve important functions, if they can’t do the same thing an MBT can do, they should be called “armored fighting vehicles.”

“They’re just not designed for the same thing,” Marina Miron, a researcher at King’s College London, said in a phone interview.

Miron, who sides with the purists, said calling them tanks is like describing a semi-trailer truck as a race car.

“That’s kind of the same logic that applies here,” she said.

The plea followed a recent tweet by the country’s Defense Ministry that underscored exactly what type of tanks they want most.

“Western countries are so worried about sending tanks to Ukraine, they’re arguing about what is and isn’t a ‘tank.’ We offer our humble suggestion,” said the post.

It included a short video with images of the Abrams and the words: “Introducing the all new M1A2 Abrams recreational utility vehicle.” 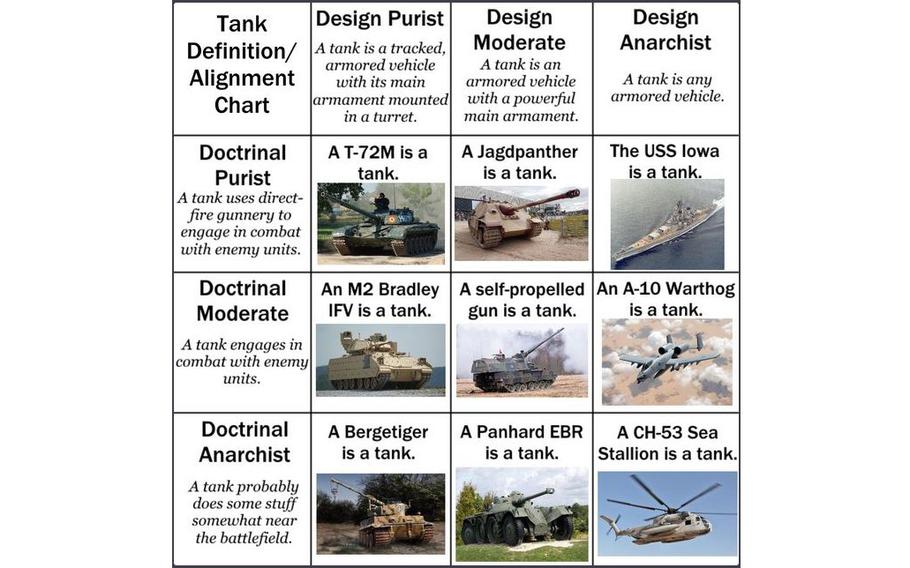 This widely shared internet meme has some humorous views on the definition of a tank, which has been hotly debated in recent weeks. (Twitter)