US has given $113B in aid to help Ukraine in its war with Russia, oversight report says 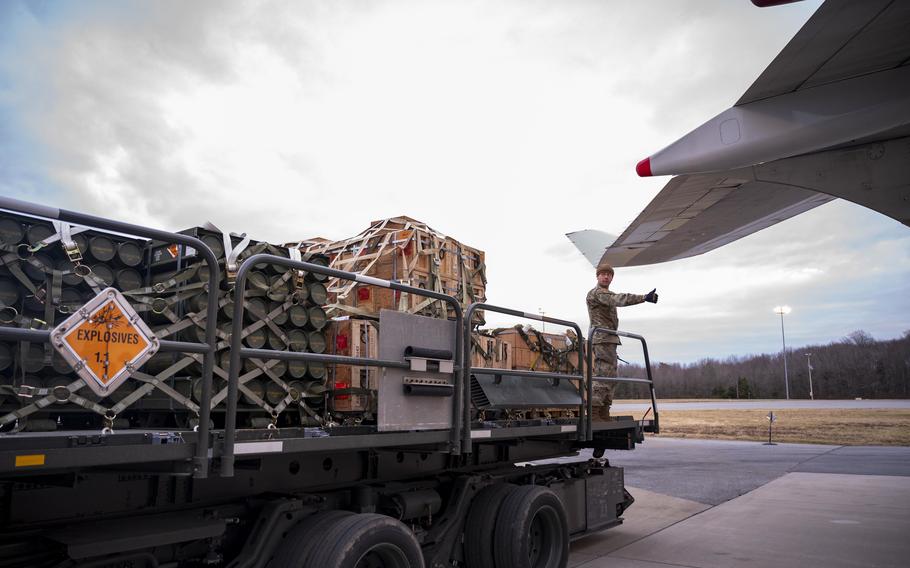 WASHINGTON — Three inspectors general, including the Pentagon’s top watchdog, have issued their first comprehensive oversight plan that outlines transparency efforts to manage and keep track of billions of dollars that the U.S. has provided Ukraine to defend itself against invading Russian forces.

Congress requires the IGs produce the oversight plan and the first edition, which was released Wednesday, elaborated on where aid dollars authorized by federal lawmakers went during most of 2022 after Russia invaded Ukraine at the end of February.

“The U.S. government’s Ukraine response efforts seek to address major national security objectives by promoting democracy, deterring future aggression, and ensuring a peaceful and stable Europe,” the Joint Strategic Oversight Plan for Ukraine Response states. “Oversight of all U.S. government Ukraine response efforts is critical to ensure proper use of these funds and to detect and deter fraud, waste, and abuse.”

The 42-page report states Congress provided $113.4 billion for Ukraine through emergency supplemental funding measures in March, May, September and December.

A majority of the congressionally authorized funding, $62 billion, went to support efforts through the Defense Department. About $46 billion went to efforts by the State Department and U.S. Agency for International Development, or USAID, and about $5 billion through other departments.

“The $62.3 billion in [Pentagon] funding supports security assistance requirements in Ukraine and operational mission requirements within the U.S. European Command area of responsibility, replacement of DoD stocks provided to Ukraine through presidential drawdown and excess defense article authorities, and reimbursement for defense services, education, and training provided to Ukraine,” according to the report. “Furthermore, this funding provides for additional service requirements such as operations and maintenance; military personnel, research, development, test, and evaluation, and procurement of new munitions and equipment.”

Many congressional Republicans, including those in the now GOP-held House, have called recently for increased oversight of aid to Ukraine. While President Joe Biden’s administration, other Democrats and many experts agree supporting Ukraine is critical for democracy and security in Europe, some Republicans have said there should be a limit to how much the U.S. helps Ukraine.

German officials have said they will send Leopard tanks to Ukraine only if the U.S. also agrees to send M1 Abrams tanks, according to some news reports this week. Biden’s administration has given Ukraine hundreds of Bradley Fighting Vehicles, M113 and M1117 armored carriers, Humvees, armored trucks and helicopters — but no Abrams tanks.

Part of the reason for the hesitancy to send Leopard tanks, German Chancellor Olaf Scholz said this week, is because Germany would rather send tanks when the United States does. Some experts have said, however, the M1 Abrams isn’t suited for the environment in Ukraine and Pentagon spokeswoman Sabrina Singh told reporters Thursday that it’s a “sustainment issue.”

“[The M1 Abrams] is a tank that requires jet fuel, whereas the Leopard and the [British-made] Challenger … they require diesel,” she said. “The maintenance and the high cost that it would take to maintain an Abrams just doesn’t make sense to provide that to the Ukrainians at this moment.”

The oversight report, which includes a list of all the military equipment given to Ukraine, mentions there will be dozens of smaller and more targeted oversight projects throughout 2023. Those efforts will include topics such as reviewing how the U.S. is training Ukrainian troops, replenishing weapons stocks and sharing intelligence.

Singh noted in her remarks that another security package is coming soon and hinted it might include more armored vehicles because Ukraine has been asking for them.

The Associated Press reported Wednesday that the new security package is expected to include nearly 100 Stryker combat vehicles and at least 50 more Bradleys.

Deciding what weapons that Ukraine needs to defend itself will be at the center of a meeting of the allied Ukraine Defense Contact Group in Germany on Friday. Defense Secretary Lloyd Austin and Army Gen. Mark Milley, the chairman of the Joint Chiefs of Staff, are participating in the session.

“We'll renew our united commitment to support Ukraine's self-defense for the long haul," Austin said in a statement about the meeting.