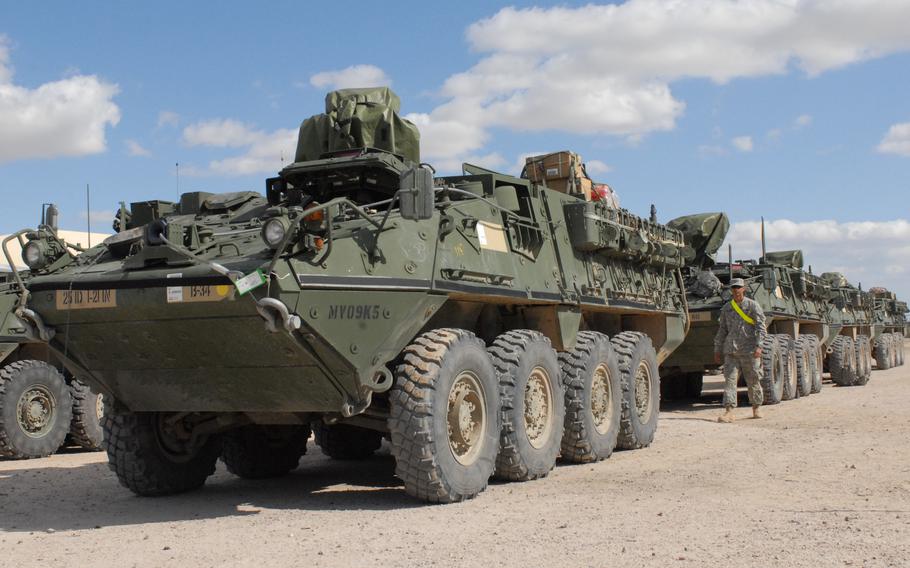 WASHINGTON — The Pentagon will send another package of military aid to Ukraine worth about $2.5 billion and include more Bradley armored vehicles and, for the first time, Stryker personnel carriers, defense officials announced Thursday.

The new round of military assistance was announced late Thursday before a meeting of the Ukraine Defense Contact Group in Germany scheduled for Friday. Defense Secretary Lloyd Austin and Army Gen. Mark Milley, chairman of the Joint Chiefs of Staff, will attend the meeting to discuss what additional weapons that Ukraine might need to fight off invading Russian forces.

The Pentagon said the new round of equipment and weapons is being provided through presidential drawdown authority and will include 59 more Bradley Fighting Vehicles and 90 Stryker armored personnel carriers.

The Defense Department said the Bradleys and Strykers will “provide Ukraine with two brigades of armored capability.” The Pentagon had already committed 50 Bradleys to Ukraine earlier this month. 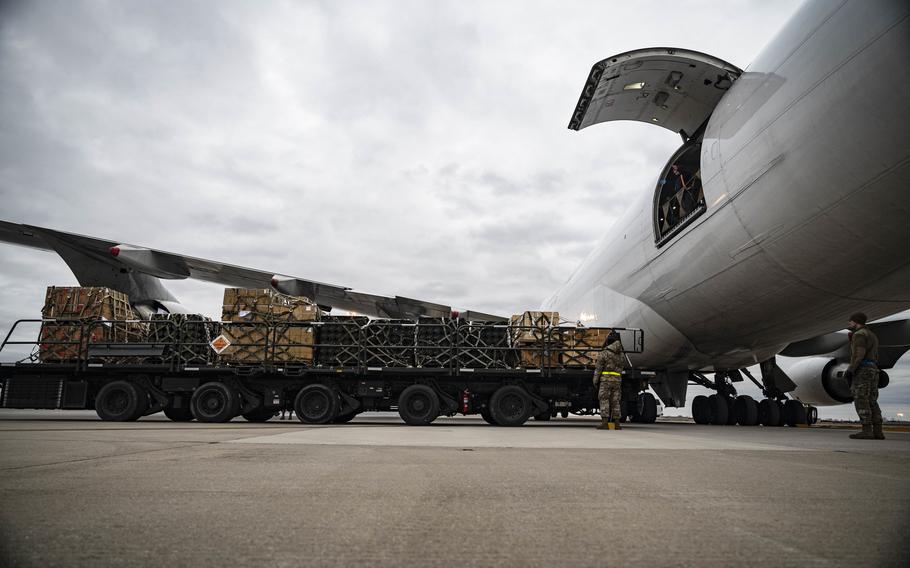 Airmen from the 436th Aerial Port Squadron load cargo during a security assistance mission at Dover Air Force Base, Delaware, Jan. 13, 2023. The United States has committed more than $24.5 billion in security assistance to Ukraine since the beginning of Russian aggression. (Marco Gomez/U.S. Air Force)

M1 Abrams tanks are not part of the new security package. German Chancellor Olaf Scholz have been under pressure this week to provide Ukraine with Leopard 2 battle tanks that some experts say would be highly effective against Russian forces.

However, Scholz has so far declined to send the tanks to Ukraine, saying he might be persuaded to send them if the U.S. concurrently sent a shipment of M1 Abrams tanks. Pentagon officials have said the M1 Abrams isn’t suited for the battlefields in Ukraine.

Since Russia invaded Ukraine in February 2022, the United States has given Ukraine close to $27 billion in military assistance.