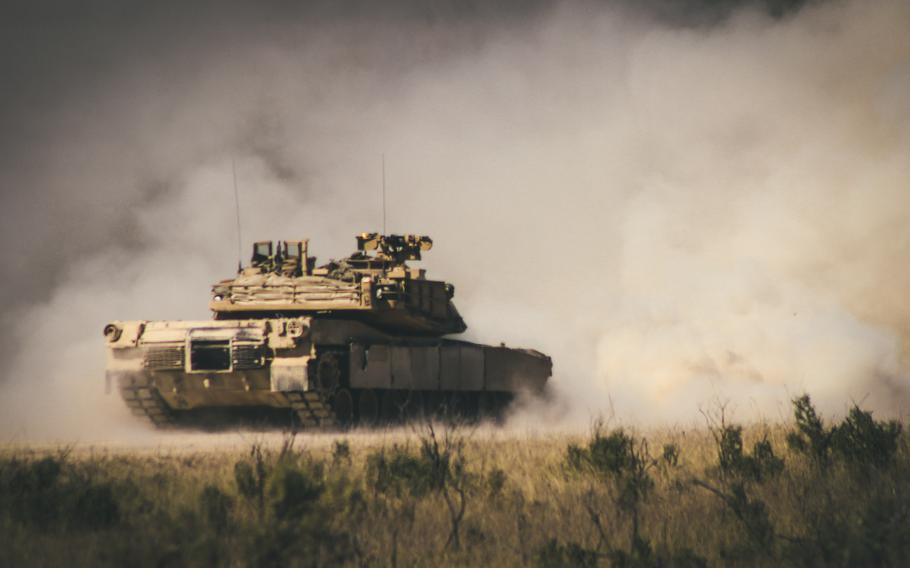 President Biden announced Wednesday that his administration will send 31 of its top-line battle tanks — the M1 Abrams — to Ukraine, a significant escalation of military aid as fighting is expected to intensify in the spring.

The move comes after U.S. officials raised concerns for weeks about the Ukrainian military’s ability to operate and maintain the tanks. But the pressure to send the Abrams mounted as it became clear that Germany was also reluctant to deliver its Leopard 2 tanks — which are more ubiquitous and easier to use — without a similar step by the United States.

Germany also said Wednesday that it will deliver 14 of its Leopard 2 tanks to Ukraine.

Here’s what to know about the U.S. battle tank:

Why does Ukraine want the U.S. M1 Abrams?

Kyiv has pleaded with its partners to send Western heavy battle tanks that could play in its favor on the front lines, where the conflict has largely stagnated in recent months. The U.S. main battle tank, in service since 1980, is among the most powerful in the world. In modern versions of the vehicle, layers of depleted uranium armor provide substantial protection to those inside.

The United States and its allies have said that Ukraine needs heavy armor as they expand training for Ukrainian forces to fight Russian troops in the country’s east. NATO Secretary General Jens Stoltenberg this week described the delivery of tanks and other armored vehicles as “urgent.”

Russian forces are expected to begin a new offensive in the spring, and Ukraine aims to launch its own counteroffensive to take back territory occupied by Russia. Tanks will be crucial to giving Ukraine the upper hand, officials in Ukraine and partner countries say, particularly as allies train Ukrainian forces to perform “combined arms” maneuvers against Russian forces dug in along the front line in the east.

Main battle tanks are heavier and more powerful than the infantry fighting vehicles Ukraine currently uses or will soon receive. They’re meant to engage other tanks and break through enemy lines. And their tracks are made for moving across open terrain, similar to the landscape in eastern Ukraine.

The Kremlin, commenting Wednesday on a possible supply of Abrams tanks to Kyiv, said they “will burn like all the rest” and that their potential to help Ukraine has been overestimated, according to Russian news agencies.

The Abrams donation could have more symbolic than strategic value: Ukrainian officials urged Washington to approve an Abrams delivery, arguing this would prompt Germany to send its own tanks and break a logjam over dispatching such weapons from around Europe.

Those tanks are plentiful across Europe, but deliveries require sign-off from Germany, the manufacturer, which has been reluctant to make such a move unilaterally. The U.S. decision to send Abrams tanks appears to have convinced Berlin, which said Wednesday that it would allow other countries to also deliver their Leopard 2s.

Why did the United States hesitate to send the tanks?

Biden administration officials previously said the U.S.-made tanks, which weigh about 70 tons, present logistical difficulties for the battleground in Ukraine. They are heavier than the Leopard 2 tanks. Instead of diesel fuel, which powers the Leopards, the Abrams’s multi-fuel engine usually runs on jet fuel, which can be more difficult to supply.

Pledges of more modern equipment for Ukraine have also raised questions about how its allies would train Ukrainian troops to use them.

U.S. officials have said the Abrams requires complicated maintenance, logistics and special training. “It’s expensive. It’s hard to train on. … It is not the easiest system to maintain,” Undersecretary of Defense Colin Kahl told reporters last week after a visit to Kyiv.

Throughout the war, U.S. officials have also weighed carefully whether sending Kyiv a particular weapons system might provoke Russia to escalate the conflict.

But after discussions with German counterparts, the Biden administration decided to donate the tanks, while Berlin signed off on sending Leopards. Biden said Wednesday that the decision does not represent “an offensive threat to Russia” but was intended to help Ukraine defend itself from “the truly brutal aggression by Russia.”

“To liberate their land, they need to be able to counter Russia’s evolving tactics and strategy on the battlefield in the very near term,” Biden said of Ukrainian forces.

How many Abrams tanks will Washington send, and when?

The United States plans to send 31 tanks — enough for one battalion, a Biden administration official told The Washington Post. The delivery could take months, if not years. The delay is partly because the U.S. government will buy the tanks from manufacturers rather than transfer them from existing stocks. They are to be paid for by the Ukraine Security Assistance Initiative, a fund meant for the purchase of military equipment for Ukraine that the United States does not already have on hand.

Ukrainian troops must also be trained on how to operate and maintain the Abrams and incorporate the tanks into offensive operations.

The Leopards from Germany and European allies will probably arrive sooner and could shape the battlefield this spring.