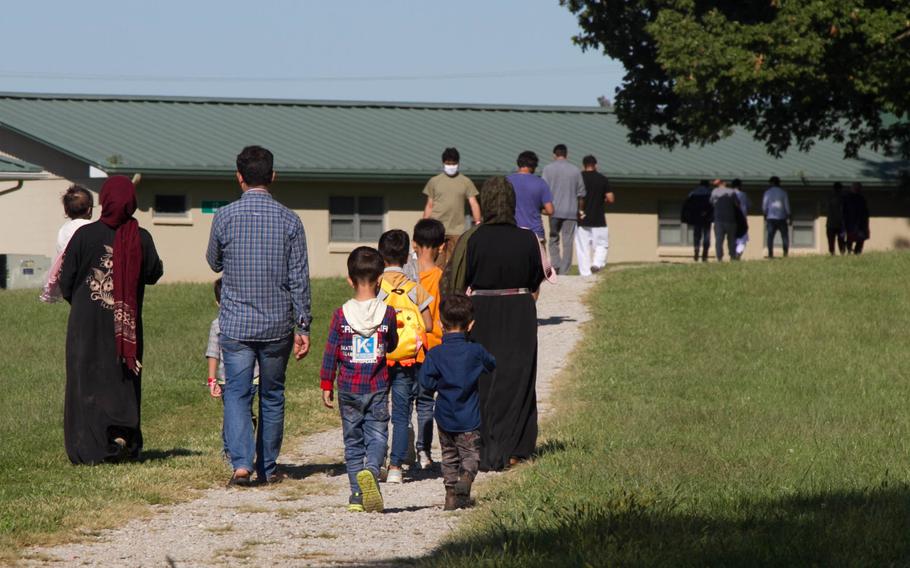 WASHINGTON — Eight military bases across the country will spend almost $260 million to repair damage caused by the tens of thousands of Afghan evacuees that the installations housed after American forces withdrew from Afghanistan.

The bases, which are in Texas, New Jersey, Wisconsin, Indiana, Virginia and New Mexico, were left with broken and vandalized furniture, depleted supplies, clogged water supply systems and other damage from providing temporary homes for the more than 120,000 refugees evacuated from Afghanistan, according to the Pentagon’s inspector general.

A report published last month found some of the damage to base buildings and barracks forced training exercises to be moved elsewhere and negatively impacted readiness.

Rep. Tony Gonzales, R-Texas, asked the Defense Department this week to provide a timeline for the repairs and how the costs could shortchange other priorities. He also said he was alarmed some bases were denied reimbursement repair costs because they had started fixing damage before a restoration directive from the Pentagon was in place.

“The efforts of these military bases to sustain their full operational capacity by making immediate repairs to damages caused by [Operation Allies Welcome] should not be cause for punishment because of the department’s procrastination in issuing restoration directives,” Gonzales wrote in a letter to Deputy Secretary of Defense Kathleen Hicks and other officials. “While our military continues to feel the strains caused by the withdrawal from Afghanistan, it is essential that all affected entities are returned to their full operational capacity as soon as possible.”

Afghans fleeing Taliban rule were airlifted out of the country by the Air Force in the last two weeks of August 2021. The mammoth effort — the largest humanitarian evacuation in the service’s history — first deposited evacuees to bases in Qatar, the United Arab Emirates, Spain, Italy, Bahrain and Germany.

From there, the refugees were sent to Fort Bliss in Texas, Joint Base McGuire-Dix-Lakehurst in New Jersey, Fort McCoy in Wisconsin, Camp Atterbury in Indiana, Holloman Air Force Base in New Mexico, and Fort Pickett, Fort Lee and Marine Corps Base Quantico in Virginia.

At Ramstein Air Base in Germany, Air Force officials said guests broke tables, chairs and cots and ruined tents and cots with spray paint, human biological matter and holes. Officials said materials were “completely depleted, such that no materials remain available for other real-world missions.”

At Joint Base McGuire-Dix-Lakehurst, Air Force officials said guests caused extensive clogging problems by forcing large items into pipes, according to the inspector’s general report. Officials described the damage as so excessive that it could not be repaired with conventional plumbing tools.

A training exercise for the Indiana National Guard had to be moved from Camp Atterbury to Fort Campbell, Ky., in March 2022 due to damage. The Defense Department approved $16 million for Camp Atterbury to replace mattresses and furniture and repair floors, doors, windows, plumbing, fire alarm systems and landscaping.