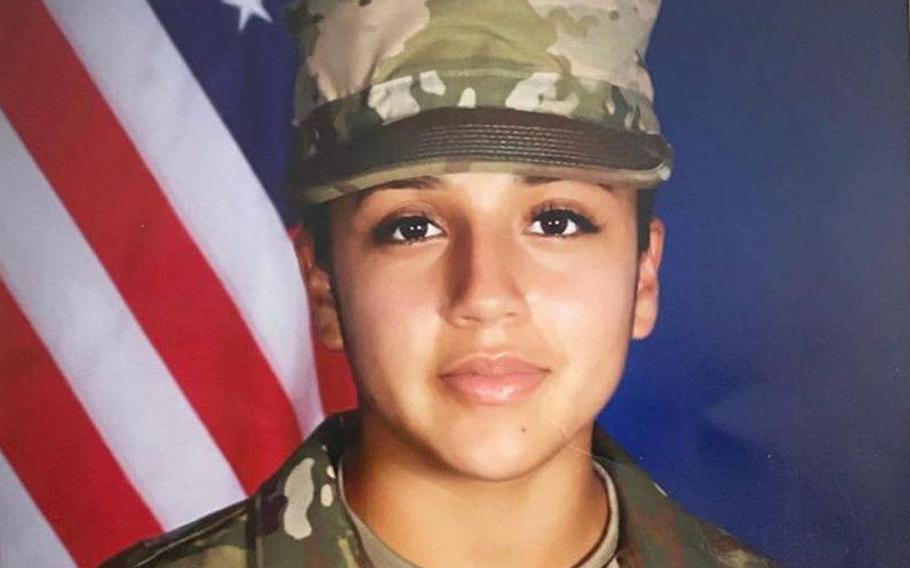 A Houston post office will be renamed in honor of Army Spc. Vanessa Guillen. (U.S. Army)

AUSTIN, Texas — A Houston post office will be renamed in honor of Army Spc. Vanessa Guillen after President Joe Biden signed the change into law Thursday.

The post office at 5302 Galveston Rd. in Houston is just blocks away from where the late soldier attended high school, said Rep. Sylvia Garcia, D-Texas, who filed the legislation. Its official name is now the Vanessa Guillen Post Office Building, according to the law.

“This local post office building will now provide Houston area residents with another special way to remember our local hero Spc. Vanessa Guillen in our everyday lives,” Garcia said in a statement. She represents the Houston district where Guillen grew up and where the soldier’s family lives.

Sens. Ted Cruz and John Cornyn, both Republicans from Texas, filed companion legislation in the Senate.

Guillen had a lifelong ambition to serve in the Army and enlisted after graduating from Houston’s César Chávez E. High School in 2018. Two years later, she was killed in an arms room at Fort Hood, Texas, by a fellow soldier. It took Army investigators more than two months to find her body buried near the Leon River about 20 miles from the base.

Subsequent investigations determined the 20-year-old Guillen had been sexually harassed while assigned to Fort Hood but did not trust the reporting system within her unit. Her story captured international media attention and led to the passage of military justice reforms and changes to how the military investigates and manages sexual harassment and sexual assault cases.

“Vanessa was a strong and ambitious young woman who was taken from her family and Houston much too soon. However, because of her, countless veterans and service members can live without fear. I hope this post office renaming brings some comfort to Vanessa’s family and loved ones,” Garcia said.

“My sister Spc. Vanessa Guillen’s legacy keeps thriving and will continue to thrive,” Mayra Guillen, the soldier’s sister, said in a statement. “This post office legislation brings comfort and honor to Vanessa and the Guillen family. We will ensure that Vanessa lives on forever and that justice be done.”