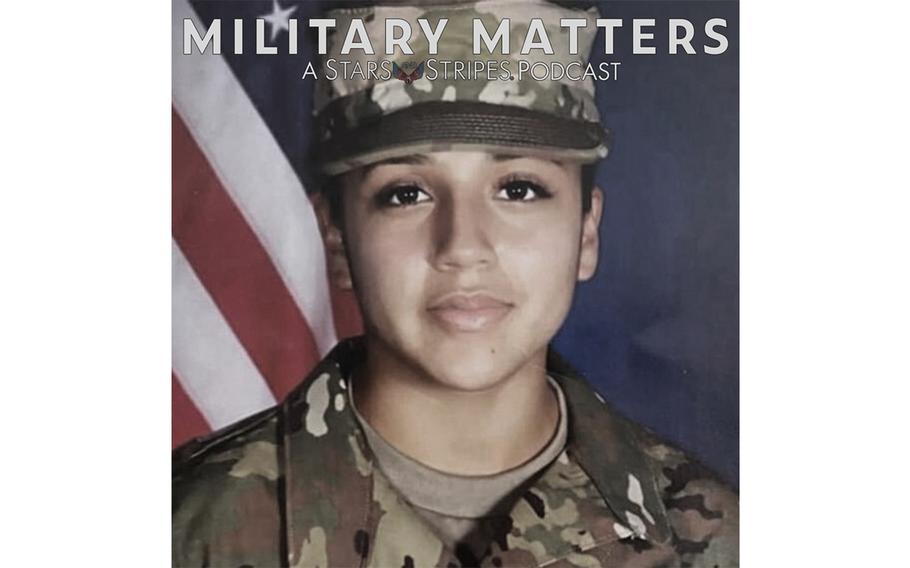 While the Military Matters podcast team is in pre-production for Season 5, the podcast is revisiting past episodes that made an impact or were especially important. First up is the Season 2 premiere, “What happened to Vanessa Guillén?,” in which host Rod Rodriguez looked into the brutal killing in April 2020 of U.S. Army Spc. Vanessa Guillén at Fort Hood, Texas.

Since the episode originally aired in July 2020, provisions in the I Am Vanessa Guillén Act, introduced in Congress in 2021, were included in the National Defense Authorization Act and in an executive order signed by President Joe Biden in January making sexual harassment a crime under the Uniform Code of Military Justice. Rodriguez again spoke with Stars and Stripes reporter Rose Thayer for more details on these changes.

“Vanessa Guillén's murder brought a lot of these issues to the forefront of people's minds,” Thayer said. “(The act has) got significant sentencing reforms to include, if the judge is alone in making the sentencing decision and using sentencing guidelines, it requires independent investigators for sexual harassment complaints. And probably the biggest thing it's doing is it's pulling the decision to prosecute from the commander, which is something that was really important to a lot of people.”

But what’s passed in the NDAA doesn’t completely fix what was broken about the military’s sexual assault programs.

“The commander is still the convening authority on court martials, meaning he or she has the power to select jury members, the power to allow money to hire expert witnesses,” Thayer said.