Year in review: These are the Top 5 most read Stars and Stripes stories of 2022 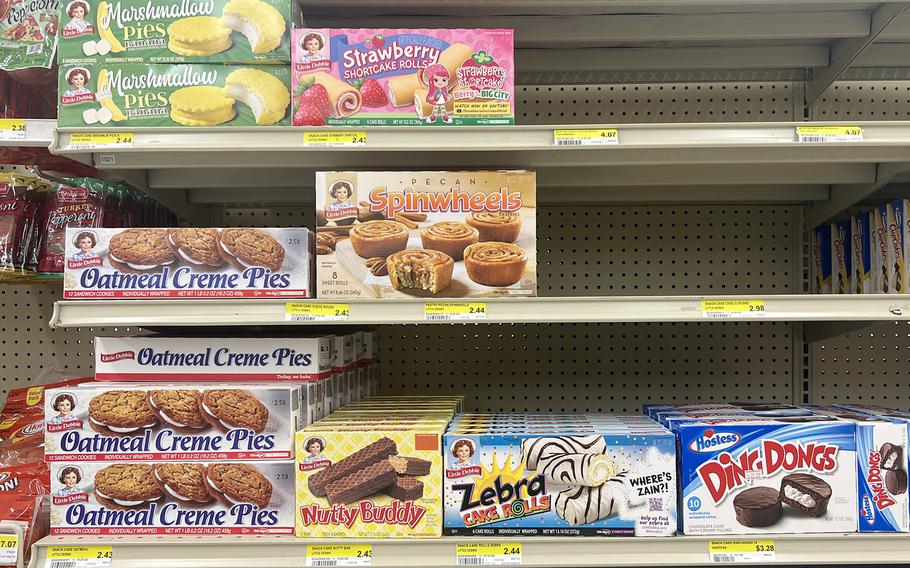 Little Debbie products were still available at the commissary on Yokota Air Base in western Tokyo, Tuesday, Aug. 30, 2022. (Kelly Agee/Stars and Stripes)

From disappearing Little Debbies to fighter planes in Ukraine, these are the staff stories that got the most attention in 2022.

In September, the Tennessee-based bakery that makes Little Debbie snacks said it would no longer be providing its products to U.S. military bases at home or overseas. READ MORE. 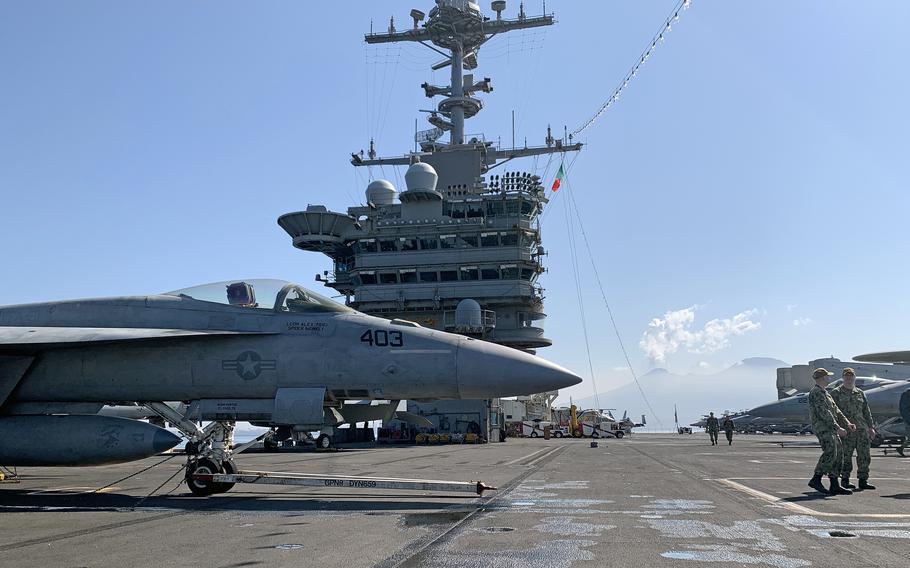 Aircraft are parked on the flight deck of the USS Harry S. Truman on May 11, 2022. (Alison Bath/Stars and Stripes) 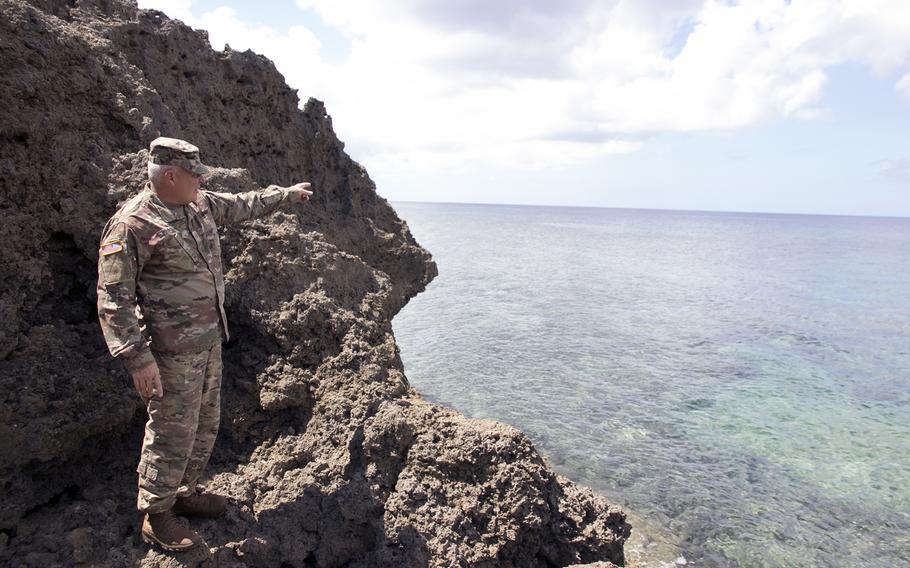 Army Maj. Robert Bourgeau points to the spot where he rescued three people from a riptide over the summer at Mermaid’s Grotto in Onna, Okinawa, Oct. 3, 2022. (Matthew M. Burke/Stars and Stripes)

Maj. Robert Bourgeau was recognized in October for rescuing three people last summer from a riptide at a popular Okinawa dive spot. The creator of the popular Japanese manga series “Yu-Gi-Oh!” attempted to aid Bourgeau in the rescue, unbeknownst to the American, and drowned in the process. READ MORE. 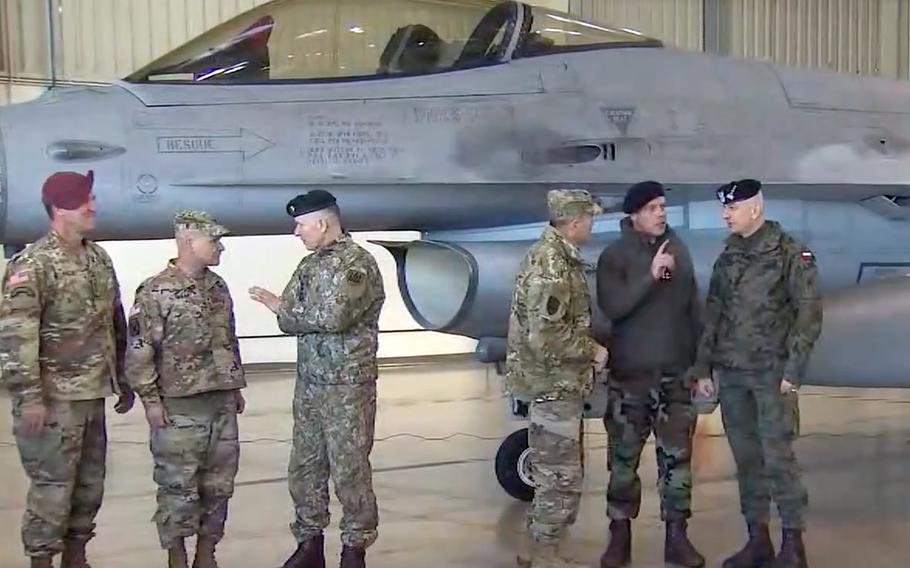 NATO airspace will not be used to transfer fighter planes to the Ukrainian military, alliance leaders said March 1 after a meeting in Poland. “NATO is not going to be part of the conflict,” Secretary-General Jens Stoltenberg said back in March. READ MORE. 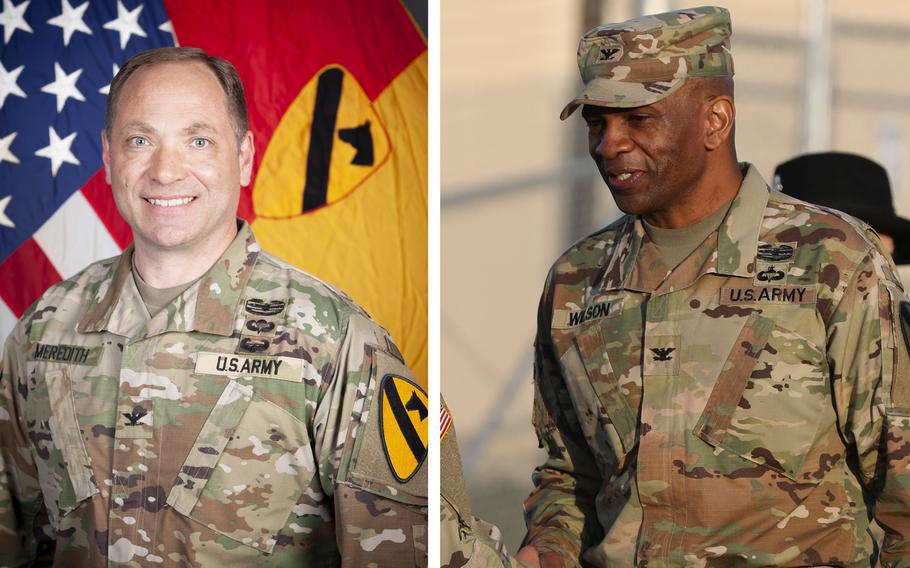 Two brigade commanders with the 1st Cavalry Division at Fort Hood were relieved of command because of a loss of confidence in their judgement and ability to command, the Texas Army base said in October. READ MORE. 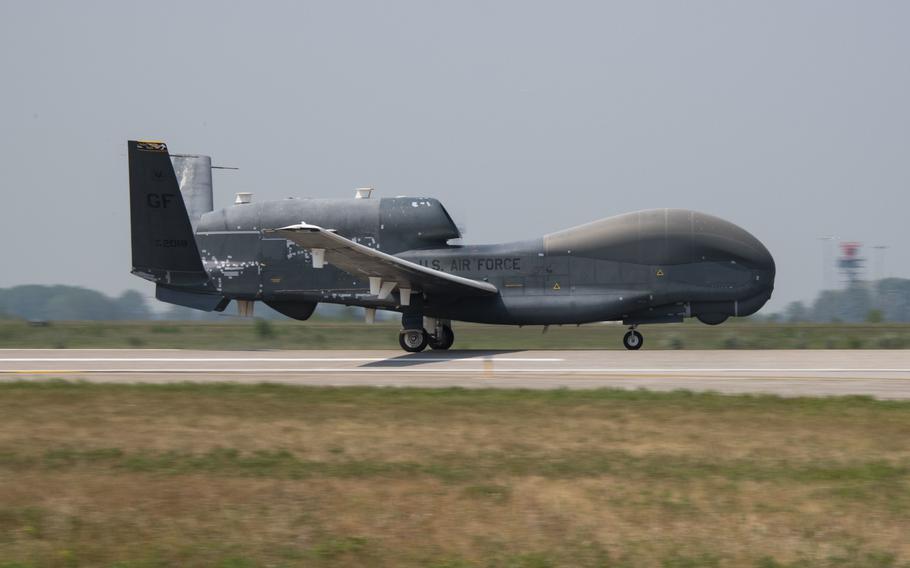 An EQ-4 Global Hawk touches down at Grand Forks Air Force Base, N.D., July 29, 2021. A remotely piloted Global Hawk with the call sign FORTE12 was the last aircraft tracked over Ukraine before Russia forces invaded and the countrys airspace was shut down to civilian air traffic, according to the global flight tracking service Flightradar24. (Dakota LeGrand/U.S. Air Force)

Pentagon: Russia has lost about 25% of its combat power originally used in the Ukraine invasion https://www.stripes.com/theaters/europe/2022-04-19/ukraine-russia-war-losses-pentagon-military-aid-donbas-5737097.html

These are the planes the US is using to watch Russia’s military movements https://www.stripes.com/theaters/europe/2022-02-24/us-spy-planes-doing-double-duty-as-russia-raises-the-stakes-in-ukraine-5129043.html

Patriot missiles down drone target from Palau with assist from Lightning II https://www.stripes.com/branches/army/2022-06-16/palau-patriot-f-35-drone-6358533.html