Here’s a look back at DODEA-Europe sports for 2022

2022 might not go down as the greatest season ever for DODEA-Europe sports. But after two years of reduced schedules or entirely canceled seasons, it might seem like it to some. We made a video to take a look back at some highlights.

The year started off with the Alps still separating basketball and wrestling championships due to coronavirus regulations imposed by host nations. Stuttgart took three of the four titles (girls basketball, wrestling, marksmanship) among Europe’s largest schools.

The spring marked a breakthrough, as teams from outside of Germany traveled to take part in season-ending championships and many of them shined there — including Sigonella taking both soccer titles in Division III. Ramstein won or shared three titles (baseball, boys soccer, girls soccer) among the large schools.

In the fall, the beginning of a new school year came with even fewer travel restrictions and teams resumed traveling to other countries for competition during the regular season, though not quite as robust as pre-COVID. Stuttgart again dominated during the season-ending championships, capturing three titles (football, boys and girls cross country). 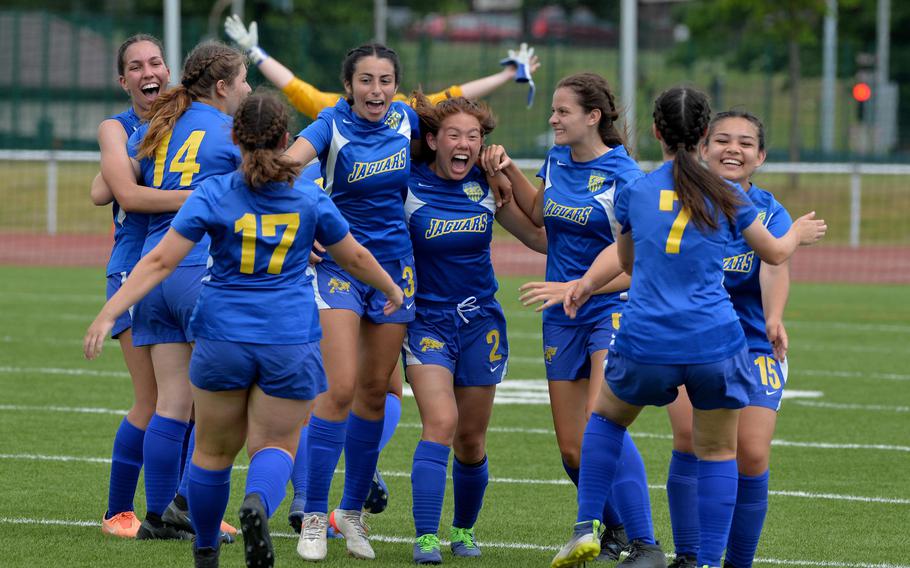 The Sigonella Jaguars celebrate their 3-1 win over AFNORTH in the girls Division III final at the DODEA-Europe soccer championships in Kaiserslautern, Germany, May 19, 2022. (Michael Abrams/Stars and Stripes)