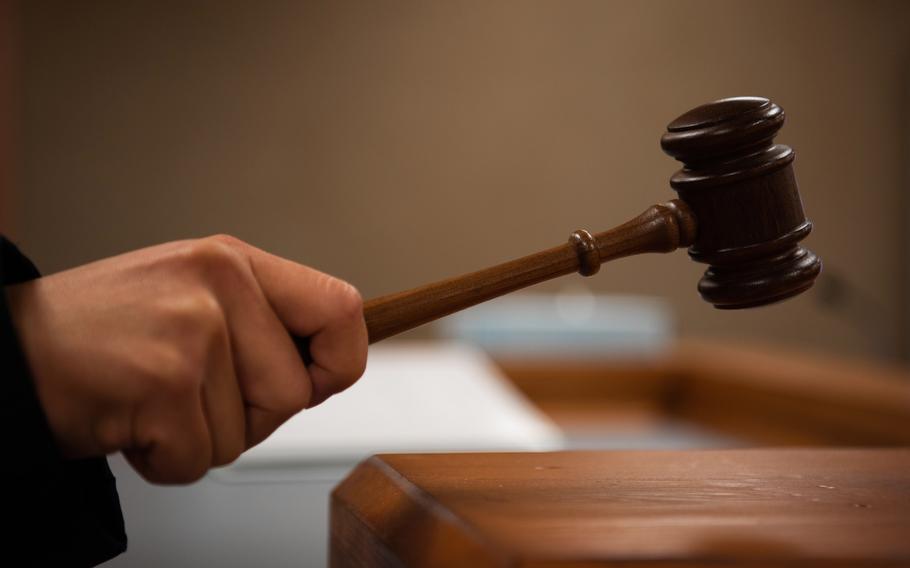 A Maryland woman who joined a family scheme that defrauded the Department of Veterans Affairs of at least $1 million was convicted of federal charges and now faces up to 15 years in prison.

Mary Francis Biggs, 65, was found guilty Monday of conspiracy to commit fraud and theft of government property. The jury concluded that Biggs had colluded with her daughter Angela Farr, a Navy veteran, to obtain $170,000 in disability benefits in her husband’s name.

Biggs and Farr fabricated dozens of documents and submitted fraudulent medical claims to the VA requesting disability benefits on behalf of the Navy veteran, who is Farr’s father.

Farr pleaded guilty in March to organizing the conspiracy with her ex-husband, Army veteran Michael Vincent Pace. All told, Farr bilked the government out of more than $475,000.

As part of the conspiracy, Biggs and Farr claimed that the unidentified Navy veteran was “homebound and required full-time assistance for basic tasks such as eating, bathing, and dressing,” according to court documents.

For at least part of the scam, the mother-daughter team kept him unaware of the phony claims in his name, according to a statement Wednesday by the U.S. Attorney’s Office in Maryland. It’s unclear when or how much he ended up learning about the fraud.

Based on the fake paperwork, the VA assessed a 100% service-connected disability and allotted Biggs’ husband a special monthly stipend. Meanwhile, he was employed as a Navy civilian supervising a logistics unit of 25 people.

Biggs first swindled the VA into declaring her as her husband’s financial fiduciary in 2017 after submitting fraudulent evidence to show that he couldn’t manage his own finances because of the severity of his alleged disabilities, according to the U.S. Attorney’s Office statement.

As his trustee, Biggs then collected his VA payments and spent the money on daily living expenses, cruise vacations and a kitchen renovation, according to prosecutors.

Also involved in the conspiracy was Pace, Farr’s ex-husband, who conned the VA into providing a monthly caregiver assistance stipend and full disability benefits, the Justice Department statement said.

He pleaded guilty to stealing over $370,000, according to a Justice Department statement issued Wednesday. Like Farr’s father, Pace was healthy and lived an ordinary life, according to prosecutors.

“Angela Farr took advantage of a program whose goal was to help others, but did the exact opposite in her efforts to fraudulently obtain VA disability benefits,” said U.S. Attorney Erek Barron in a statement in March.

Sentencing is pending for all three people convicted in the case.