No fighter plane transfers to Ukraine through allied airspace 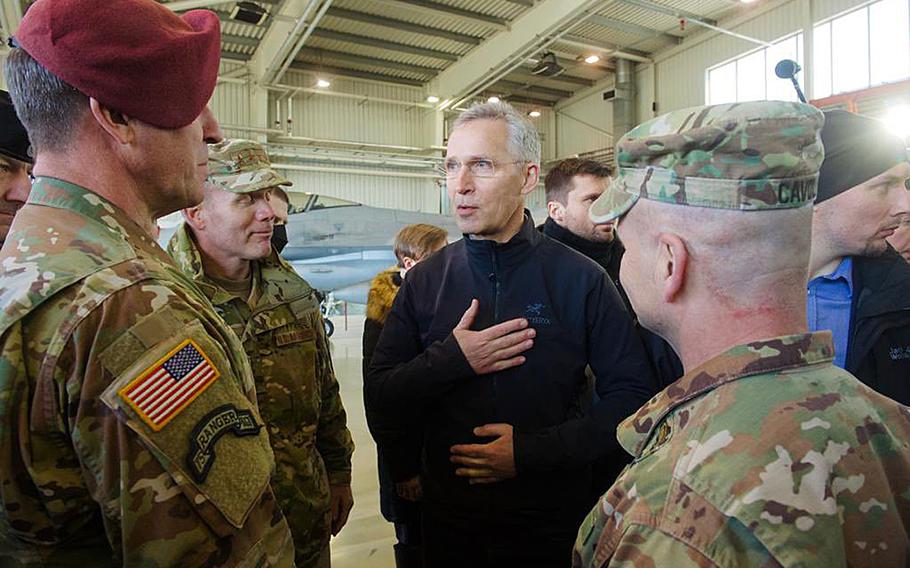 RZESZOW, Poland — NATO airspace will not be used to transfer fighter planes to the Ukrainian military, alliance leaders said Tuesday after a meeting in Poland, where top U.S. commanders were on hand for high-level security talks.

Ukraine has requested additional military hardware from the West to help stave off Russia’s full-scale invasion, which was on its sixth day when the NATO talks occurred.

But one day after a top European Union official said some countries were ready to provide fighters to Ukraine, NATO appears to have put on the brakes.

Polish President Andrzej Duda spoke ambiguously Tuesday about how or whether those planes would arrive.

“We are not going to send any jets into Ukrainian airspace,” said Duda, who did not indicate if Poland was considering an aircraft transfer over land, or who else might be delivering them. 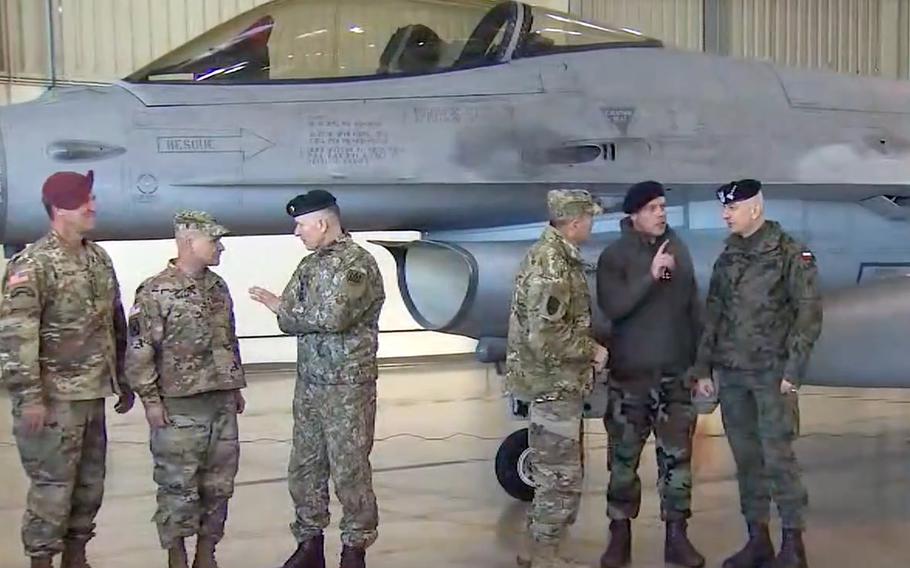 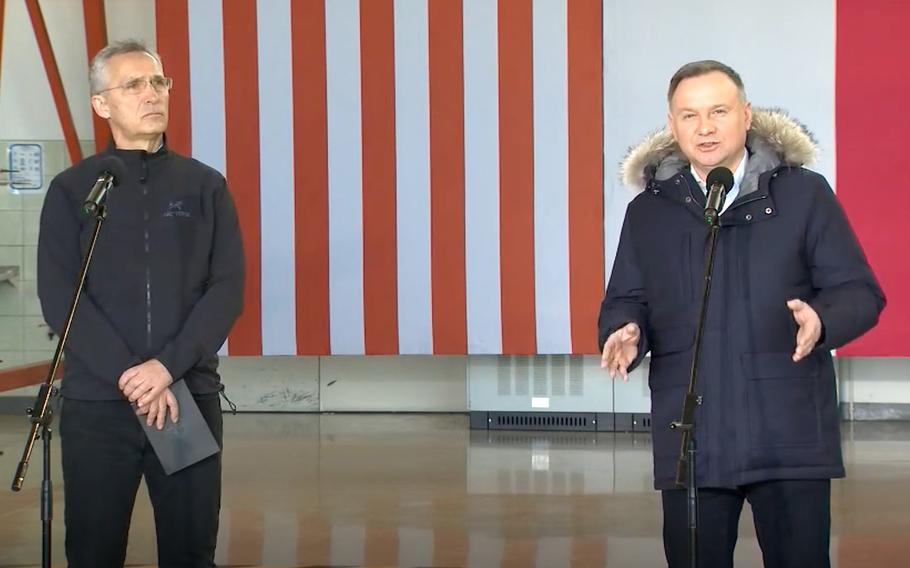 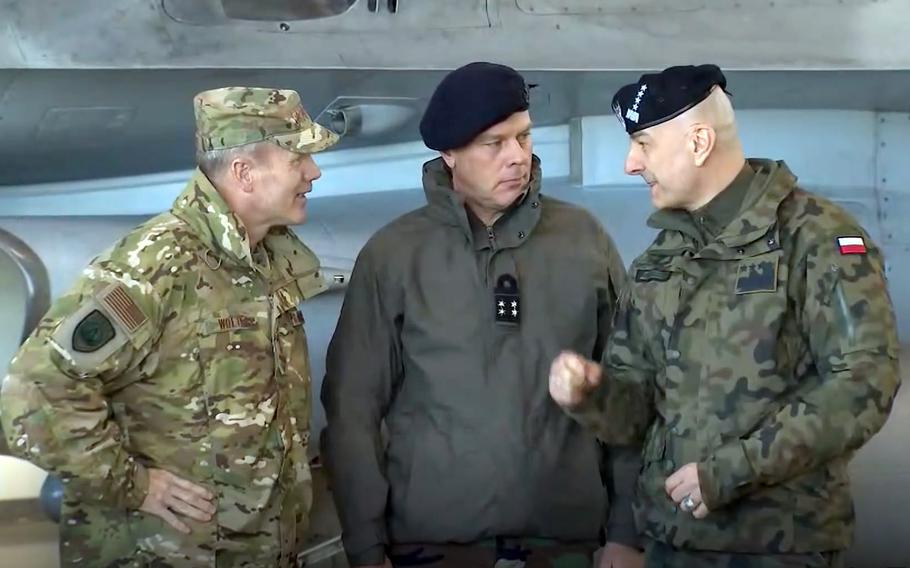 Duda’s statement comes as the U.S. and its NATO allies ramp up military support for Ukraine while trying to avoid getting drawn into the war. Duda said allowing Polish jets into Ukrainian airspace would risk putting NATO into direct conflict with Russia.

U.S. President Joe Biden also has repeatedly ruled out any direct American military involvement in Ukraine, saying such a move would risk a world war.

Still, allies say they remain committed to providing weapons to Ukraine, which means arms must cross the border one way or another.

The meeting in Poland came as elements of NATO’s spearhead force hit the ground in Romania, marking the first time in history that the quick-reaction unit has been mobilized.

“Today, French troops are arriving in Romania as the lead element of this force,” Stoltenberg said.

The unit, formally known as the Very High Readiness Joint Task Force, is currently led by France. Other parts of NATO’s response force also are expected to deploy and will incorporate U.S. soldiers. 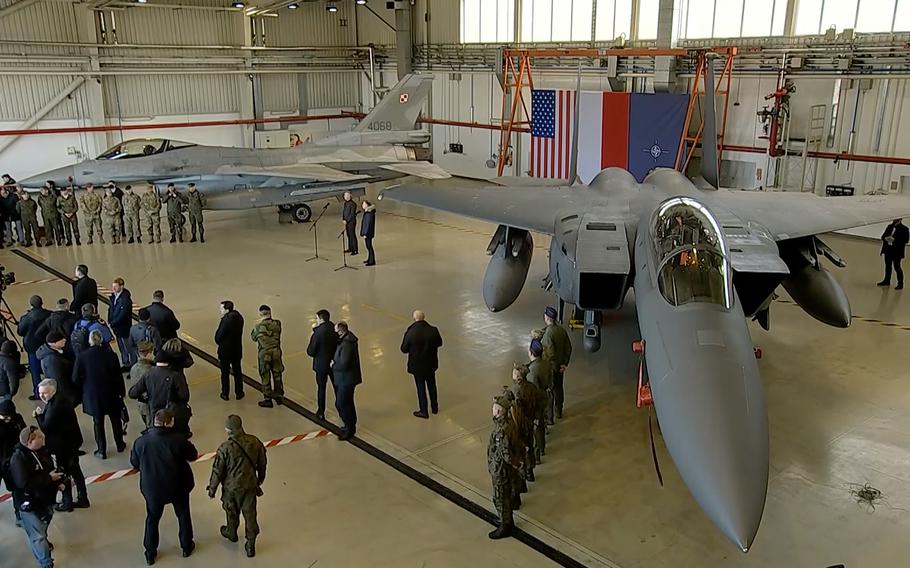 The U.S. has sent thousands of troops to central and Eastern Europe in moves aimed at reassuring allies and signaling military resolve to Russia.

Russian President Vladimir Putin has lashed out at Western military support for Ukraine and economic sanctions that have dealt a severe blow to the Russian economy.

On Sunday, Putin ordered his military to put Russian nuclear forces into a "special mode of combat duty." The nuclear saber-rattling has heightened fears that the war could spread beyond Ukraine.

The weapons deliveries are not just confined to NATO states. Both Sweden and Finland are sending arms into Ukraine as well.

And on Tuesday, Finland’s parliament launched a debate on whether the country should now consider joining NATO. Although it is a longtime close partner of the alliance, Finland has historically been reluctant to formally join the alliance.

But public opinion has shifted in the country, which has Europe’s longest border with Russia, and more Finns now favor coming into NATO’s fold.