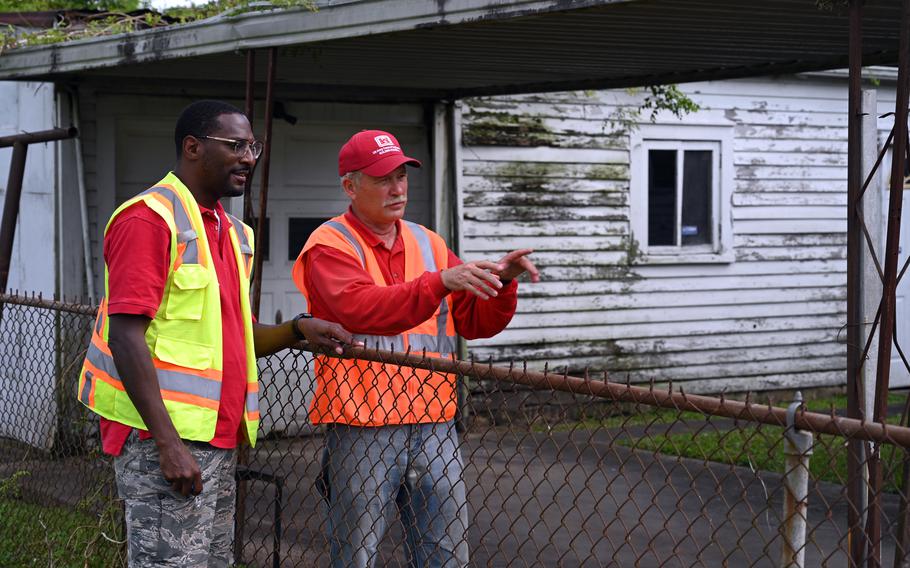 (Tribune News Service) — A major bill set for passage by Congress is expected to eventually result in billions of dollars in flood risk reduction projects in Louisiana as well as trigger a review of whether New Orleans area levees should be further strengthened to protect against so-called 200-year storms.

The projects are part of comprehensive water resources legislation passed by the U.S. House of Representatives on Thursday. A Tuesday night House-Senate committee agreement led to the approval by including it in the long-delayed National Defense Authorization Act, which provides the nation's military funding. The Senate is expected to pass it in the days ahead.

"We've said countless times that our country is better off investing in stronger flood and hurricane protection projects rather than charging higher flood insurance rates or footing the bill to pick up debris after a natural disaster," said U.S. Rep. Garret Graves, R-Baton Rouge, who helped draft many of the Louisiana provisions in the House version of the bill.

"Importantly, language I negotiated to authorize critical maintenance for the levee system protecting the greater New Orleans area and additional hurricane protection for Grand Isle got included in the bill, providing for the continued safety of families and businesses," Scalise said.

Chip Kline, chairman of the state's Coastal Protection and Restoration Authority, said the legislation "will be more valuable to the sustainability of our coast than any other such bill in over a decade."

"It not only clarifies roles and funding responsibilities for long-standing commitments to coastal protection and restoration, but also initiates new projects and policies that will provide major benefits to communities in Louisiana," he said.

Under the bill, the Army Corps of Engineers would be required to again review whether it makes sense to increase the flood protection provided by the east bank New Orleans area levee system to a 0.5% or 200-year level, significantly higher than the 100-year level provided after Hurricane Katrina.

The legislation, officially the Water Resources Development Act of 2022, also includes a variety of other project authorizations that will eventually result in billions of dollars of flood risk reduction projects being built.

In December 2021, the Corps recommended Congress approve a $1.9 billion project to keep both the east bank and west bank New Orleans levees elevated over the next 50 years to provide protection against hurricane storm surge flooding from an event that has a 1% chance of occurring in any year, the so-called 100-year flood. That level of protection is required to assure homeowners within the levee system are eligible to participate in the National Flood Insurance Program.

In 2005, the storm surge produced by Hurricane Katrina equaled a 250-year risk level along levees in St. Bernard and eastern New Orleans and about a 150-year level in Lake Pontchartrain. Corps risk modeling of its rebuilt east bank levee system has indicated that while the newly designed levees and floodwalls likely won't fail if overtopped by a greater than 100-year event, a 500-year flood event would still fill much of the city of New Orleans with five feet of water.

State, local and levee authority officials have repeatedly pressed the Corps to increase the levee system's protection level to block flooding from an event with a 0.5% or smaller chance of occurring, a 200-year or greater flood. But the Corps concluded that a 2019 study indicated that the benefit/cost analysis for the project showed a 100-year system would provide 2.5 dollars of reduced flooding costs for every dollar spent, while a 200-year system would provide only 2.3 dollars of benefit.

As part of a later analysis, the Corps found that better modeling of potential flooding events and better estimates of construction costs would increase the benefits of 100-year improvements to as much as 7.6 dollars for every dollar spent. The analysis showed several proposed new floodwalls would not be needed, a Corps spokesman said.

That analysis did not address the 200-year alternative, however. In their decision against the 200-year protection, Corps officials also pointed out that Congress had only authorized the agency to build the system to a 100-year level.

Language in the new bill will require the Corps to again review the potential benefits of 200-year protection, but still allows the agency to use its best judgment in determining whether to require the more expensive alternative.

Graves said it remains unclear whether the Corps will be able to show a significant improvement in the benefits-to-cost ratio, however.

"We are very pleased with not only the language to keep the levees at 100-year protection, but also the possibility of studying a 200-year level of protection. … We want to provide the citizens of our area the highest level of protection possible," said Kelli Chandler, regional director of the Southeast Louisiana Flood Protection Authority-East.

Appropriation of the federal share of those costs must still be approved as part of the Corps annual budget. If the Corps were to agree to a 200-year level of risk reduction for the east bank system, the cost of those improvements would have to be authorized and appropriated by Congress in future legislation.

Other Louisiana projects included in the bill include:

— Authorization of construction of the proposed Upper Barataria Basin Hurricane and Storm Damage Risk Reduction project that will protect populated sections of Ascension, Assumption, Jefferson, Lafourche, St. Charles, St. John the Baptist, and St. James parishes, with levees, floodwalls and gates stretching from the western wall of the Davis Pond freshwater diversion on the Mississippi River to near Raceland. The project is authorized to receive $1.18 billion in federal funds, matched by $638 million in state money, with the federal money to be appropriated in the future.

— Authorization of the South Central Coast Hurricane and Storm Damage Risk Reduction project, which calls for elevating or floodproofing 2,240 homes and businesses in Iberia, St. Martin and St. Mary parishes, at a federal cost of $809 million, matched by $436 million in state funds.

The bill also clears up a difference of opinion between the Corps and state officials on who should pay for what, in 2011, was estimated to be $3 billion in projects to restore wetland damage caused by the Mississippi River-Gulf Outlet, stipulating the restoration should be at full federal expense.

The bill also requires a comprehensive Corps study of water flows on the lower Mississippi River south of Cape Girardeau, Mo., to be conducted at full federal expense. The study was authorized by Congress several years ago, but delayed by requirements that its cost be split between the eight lower-river states.

Graves said the study could help determine if the present congressionally mandated requirement that 30% of the river's flow be diverted to the Atchafalaya River basin year-round must continue. Louisiana officials often raise concerns about the timing of the split and its effects on drought conditions affecting crawfish harvests in the Atchafalaya basin, or flood conditions farther south.

The study also will address the concerns about the opening of the Bonnet Carre Spillway during high-river periods, and the effects of its freshwater on fishing and tourism in Lake Pontchartrain, the Mississippi Sound and south Louisiana.

State officials also want the study to identify additional locations for sediment diversions to rebuild wetlands eroding in part because of the construction of levees along the river dating back to the late 1800s.

The bill also includes language that extends the deadline for Louisiana to pay its remaining share of the cost of rebuilding the New Orleans area hurricane levees after Katrina. Graves said the language also might allow the state to credit excess payments it makes for its required share of other Corps projects to the post-Katrina levee repayments.

It also would require the Corps to speed up work on its plan to provide new levees, home elevations and business floodproofing in St. Tammany Parish.

In addition, the bill will require the Corps to resume operating the Algiers Canal levees on the west bank at its expense, as well as paying for their maintenance and repair.

A provision authored by U.S. Rep. Troy Carter Sr., D-New Orleans, requires the Corps to conduct a review of safety concerns for recreational activities along the Mississippi River, including in Algiers, where three children drowned in April after being swept away from the river bank near the Crescent City Connection.