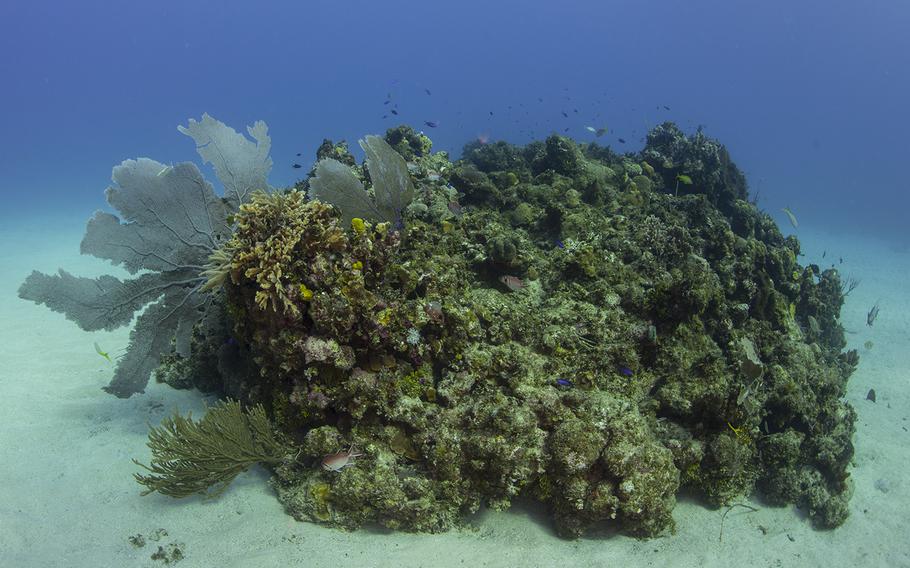 With climate change threatening the health of coral reefs around the world, Hawaii’s congressional delegation on Wednesday scored apparent victories on behalf of America’s coral reefs in two separate measures that were included in the National Defense Authorization Act, the annual defense bill expected to pass before the end of the session.

“This bill will put federal funding in the hands of states and territories to manage and restore reefs—a major step forward, “ Schatz tweeted Wednesday.

The legislation directs the federal agencies that are members of the U.S. Coral Reef Task Force to establish, individually or with one or more other agencies, a coral health prize competition in order to spur innovative solutions to preserve, sustain and restore coral reef ecosystems.

Hirono said decades of pollution and ocean warming caused by climate change have left corals in Hawaii and around the world at risk of extinction. “As we work to protect and restore coral reef ecosystems, this legislation will help incentivize innovation and inspire creative solutions to protect coral reefs, at no cost to taxpayers, “ Hirono said in a news release.

Coral reefs in the Atlantic and Pacific oceans, including those in Hawaii, were found to be in “fair “ shape in the first-ever nationwide condition status report for U.S. coral reefs released in 2020 by NOAA. But the report also warned that the nation’s coral reefs are declining and vulnerable because of warming ocean waters, fishing, disease and pollution from the land.

The first detailed maps of the nearshore coral reefs of the main Hawaiian Islands, published in a scientific paper two years ago, found vast areas of decline and degradation linked to shoreline development, overfishing and increasing water heat waves.

Hawaii experienced serious bleaching events in 2015 and 2019, and NOAA is predicting there will be heat waves every year or two by 2030.

Overall the defense bill authorizes $858 billion in national defense spending and includes plenty of other provisions, including a pay raise for service members and the Department of Defense civilian workforce and additional support for Ukraine and NATO.

This summer the University of Hawaii was awarded up to $25 million by the Department of Defense to design and build a hybrid coral reef that aims to protect the coastline from the growing impacts of flooding, erosion and storms.