Democrats turn up the heat on Saudi Arabia 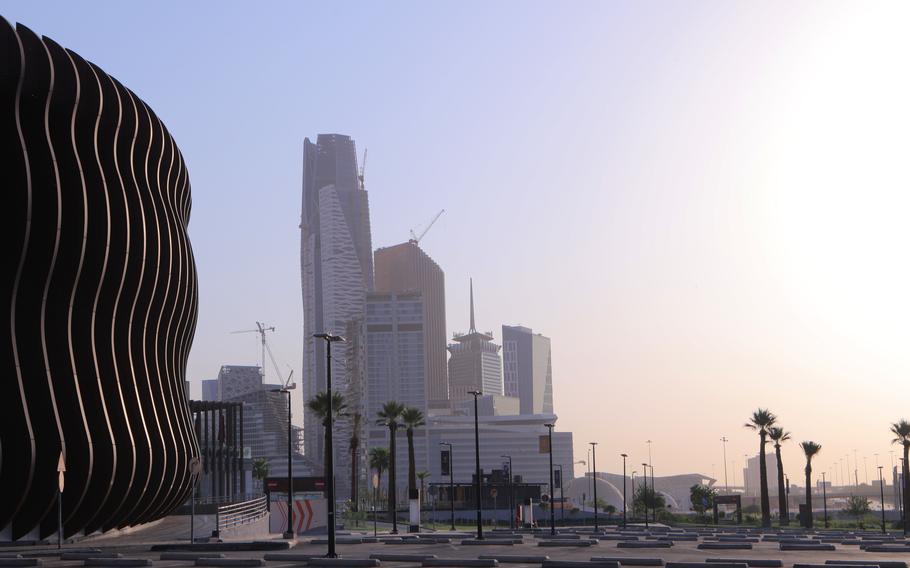 In Washington, or at least some corners of it, knives are being sharpened for Saudi Arabia.

It's been almost two weeks since Riyadh and its counterparts in the OPEC Plus cartel moved to raise global oil prices by announcing its largest supply cut in years, no matter the desperate entreaties of the Biden administration. The resulting fallout still smolders in Washington, where many interpreted the decision as a calculated act to humiliate President Biden and undermine his party's prospects ahead of the upcoming midterm elections — on top of boosting the fossil-fuel-subsidized war machine of Russian President Vladimir Putin.

"There must be consequences for fleecing the American people in order to support Putin's unconscionable war," Khanna said in a statement.

In the summer, Rep. Tom Malinowski (D-N.J.), a former U.S. diplomat, backed Biden's controversial July trip to Saudi Arabia as a bid to "ensure our client states that depend on our security are on our side." But earlier this month, he and two other Democrats in the House introduced a bill to mandate the removal of U.S. troops and missile systems deployed in Saudi Arabia and the United Arab Emirates, which was also party to the cartel's production cut.

Sen. Chris Murphy (D-Conn.), a member of the U.S. Senate Foreign Relations Committee, last week urged that U.S. missile systems and batteries committed to help defend the oil infrastructure of the Gulf kingdoms be transferred instead to protect Ukraine from Russian attacks.

"Policy decisions have consequences, and these steps would right-size the relationship with Saudi Arabia and help Ukraine," Murphy said in an emailed statement.

Across the Democratic caucus, a lurking dissatisfaction with the United States' long-standing entanglements with the Saudis exploded into full-bore rage. There remains disquiet over the outsize Saudi role in the attacks of 9/11, a long record of human rights abuses culminating garishly in the abduction and murder of Washington Post contributor Jamal Khashoggi, as well as wariness over Saudi Crown Prince Mohammed bin Salman's partisan affections for Republicans and former president Donald Trump.

After Biden's reticent fist bump with MBS, the OPEC Plus decision was seen as a deliberate punch in the gut that had to be met with a tough response. The anger has given new life to the so-called NOPEC bill, long-mooted congressional legislation that would make the cartel's member states subject to antitrust laws. That some lawmakers now believe a bill that could cause further havoc to energy markets has a chance, albeit a slim one, of passing is a sign of the appetite for confrontation with Riyadh. "It's time for our foreign policy to imagine a world without this alliance with these royal backstabbers," Sen. Richard J. Durbin (D-Ill.) tweeted.

In public remarks, Saudi officials have treated the American reaction with bemusement. "When you are in the election season, what some call 'the funny season,' a lot of things are said and a lot of things are done that may not make sense at another period of time," Adel al-Jubeir, minister of state for foreign affairs, told CNN. "I hope this is what we're dealing with here."

Jubeir cast the OPEC Plus decision as one made entirely on technical and economic grounds by oil producers minding their collective interests. There's an obvious truth to that — and some analysts have stressed the need for U.S. officials to look beyond their domestic frames of reference. "The Saudis weren't thinking about Ukraine — like many people in Asia and Africa, they don't think in absolute terms of being pro- or anti-Russian — although that was certainly shortsighted," wrote Hussein Ibish, senior resident scholar at the Arab Gulf States Institute in Washington. "And it's frankly narcissistic for Democrats to imagine that the Saudis are adjusting their national grand strategy around the upcoming midterm vote."

On Sunday television, White House national security adviser Jake Sullivan said Biden would address the anger in Congress, while also cautioning against calls for an abrupt change to U.S.-Saudi relations. "He is going to act methodically, strategically, and he's going to take his time to consult with members of both parties, and also to have an opportunity for Congress to return so that he can sit with them in person and work through the options," Sullivan said.

Yet it's clear there is little love lost between the crown prince and Biden, who once campaigned on making Riyadh a "pariah" and journeyed begrudgingly to the kingdom this summer largely because of the new economic and political realities created by the war in Ukraine. As Washington Post reporter Adam Taylor detailed last week, the Saudi-U.S. relationship has been built on an age-old bargain, defined by the American need for oil and Saudi Arabia's desire to shelter beneath the security umbrella of the U.S. hegemon. That decades-long transaction is not bound by treaty, is backed by minimal public support and has not led to the confluence of many other serious interests, let alone political values.

Aaron David Miller, a former U.S. diplomat and senior fellow at the Carnegie Endowment for International Peace, said that what we are seeing now is "the fraying of this essential trade-off." The United States no longer needs Saudi oil imports (though it remains vulnerable to Saudi influence over global energy prices), while MBS and his cohort have made clear that the kingdom in the long run is going to diversify its geopolitical portfolio, cultivating closer ties to countries elsewhere from China to Brazil.

Over the weekend, South African President Cyril Ramaphosa, on a visit to Riyadh, said that MBS had expressed interest in joining the BRICS nations, an economic bloc of major emerging economies including Russia.

"The bottom line is that MBS doesn't care," said Miller, "and that he really does believe he has enormous leverage over the United States and is dealing with a president who is in his eyes an inconvenient speed bump." After all, a Republican takeover of Congress, followed by a presidential election where Trump or a Trump ally may come to power, would set the table more favorably for the crown prince.

For now, though, the Saudis have few cheerleaders in Washington. Democratic lawmakers want to call MBS on his bluff and strip away the U.S. patronage once unquestioningly bestowed upon Riyadh. The broader foreign policy community is also turning against the Saudis. "Much of the national security establishment, which had supported greater engagement with Riyadh, is affected deeply," Emile Hokayem, a Middle East expert at the International Institute for Strategic Studies, told the Financial Times. "It's now a cold transactional relationship at best."

Miller didn't believe the "broken crockery" of the moment will lead to a "rupture" in the U.S.-Saudi relationship. But he said a clear-eyed reappraisal is necessary. "I'm hoping that what emerges out of this is a fundamental assessment that Saudi Arabia is not an ally," he said, "and that, going forward, we should only give what we get."