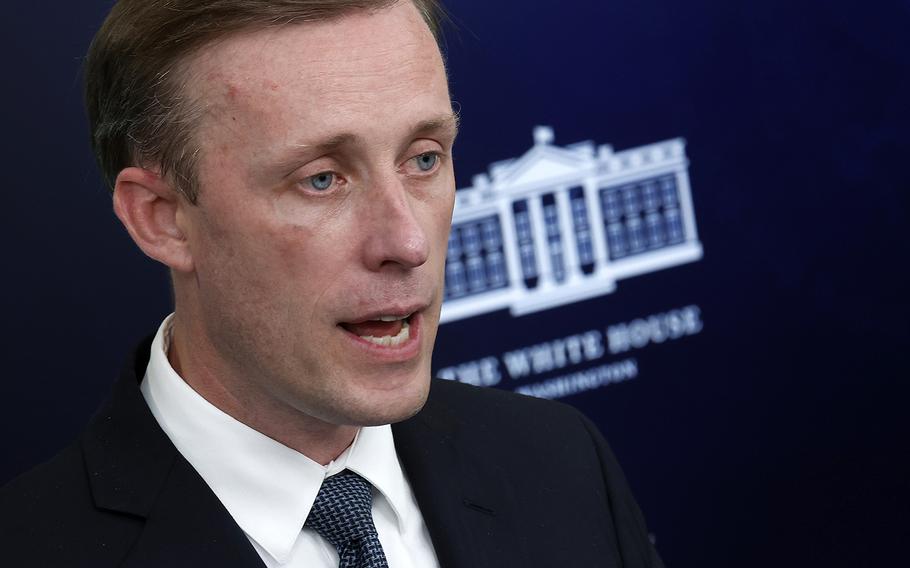 Sullivan declined to elaborate in an interview on CNN’s “State of the Union” on Sunday, saying Biden would take his time, in part to consult with U.S. lawmakers when they return after the November midterm elections.

An output cut by the OPEC+ group of oil-producing countries, which includes Saudi Arabia and Russia, has led to an unusual public clash between the Biden administration and Saudi leaders while prompting calls in Congress to cut off U.S. arms sales to the kingdom.

“The president isn’t going to act precipitously,” Sullivan said. Biden will “take his time to consult with members of both parties, and also to have an opportunity for Congress to return so that he can sit with them in person and work through the options,” he said.

“Those options include changes to our approach to security assistance to Saudi Arabia but I’m not going to get ahead of the president,” Sullivan said.

Biden told CNN last week that “there’s going to be some consequences” for Saudi Arabia and “what they’ve done with Russia.”

Biden “has no plans” to meet with Saudi Crown Prince Mohammed bin Salman at the Group of 20 summit next month in Indonesia, Sullivan said when asked about the possibility of a meeting.