More Ukrainians reported at US borders despite hazy legal path 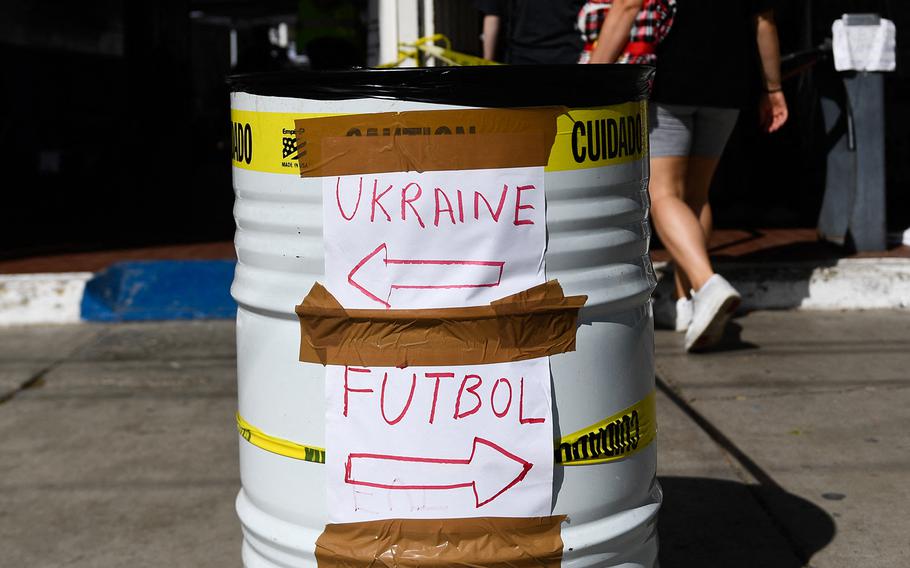 Direction signs for soccer and for Ukrainians are taped on a barrel at the entrance to the Unidad Deportiva Benito Juárez along the border with the US in Tijuana, Baja California, Mexico, April 9, 2022. (Patrick T. Fallon, AFP via Getty Images/TNS)

(Tribune News Service) — U.S. border officials are seeing a major spike in Ukrainians attempting to enter the U.S. via Mexico or Canada as pressure builds for the Biden administration to open new paths for those fleeing Russia’s invasion of their country.

U.S. Customs and Border Protection reported more than 5,000 encounters with Ukrainians last month, mostly along the southwestern border. The figure is almost five times as many as tallied in previous months.

The Department of Homeland Security has allowed some Ukrainians to enter the U.S. through a case-by-base humanitarian designation — which provides temporary protection from deportation.

Ukrainians who arrived in the U.S. by April 11 can apply for Temporary Protected Status under an expansion the Biden administration announced Monday. That program also provides short-term deportation protection and a work authorization.

Advocates have pressed the White House to ensure a path to long-term legal status. The Biden administration has pledged to take in 100,000 Ukrainian refugees.