Two weeks of chaos: A timeline of the US pullout of Afghanistan 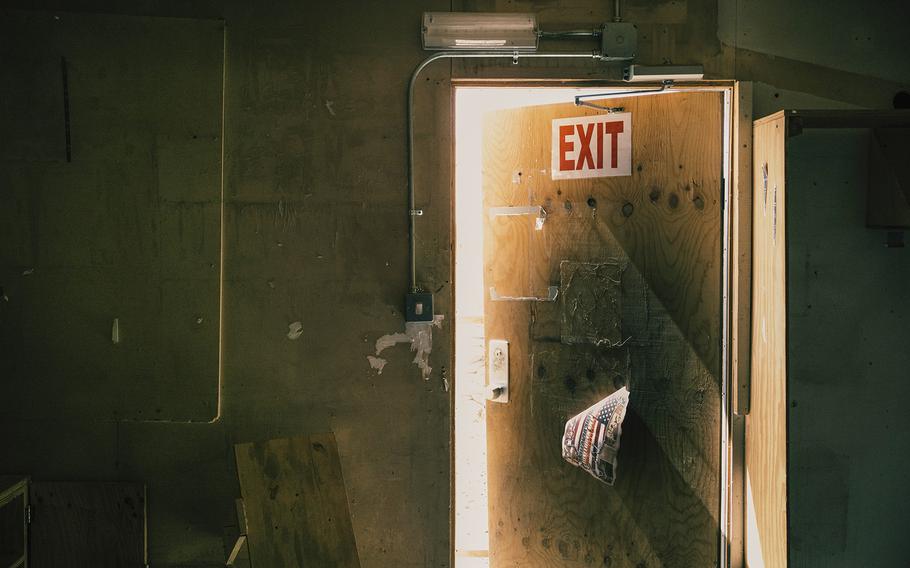 An exit door at Forward Operating Base Lightning, a former U.S. Army base in eastern Afghanistan. The base is now abandoned. ( Lorenzo Tugnoli for The Washington Post)

One year ago, the fall of Kabul to the Taliban stunned the world. Afghans fled to the airport in droves. A suicide bombing killed nearly 200 people. The departure of U.S. forces just days later brought an eerie quiet as the country grappled with its new reality.

The chaos and bloodshed reflected the fraught legacy of America's longest war.

"Those last two weeks of August were really a microcosm of much of the previous 20 years of the war in Afghanistan, in the sense that you had a situation where there did not appear to be a type of U.S. plan or strategy," said Michael Kugelman, Deputy Director of the Asia Program at the Wilson Center in Washington.

Here's a look at the final days of America's presence in Afghanistan.

Kabul fell quickly. Taliban fighters faced little resistance as they entered the capital on the main roads. Afghan officials — including the country's president — fled. And as the militants took over the presidential palace, so began a new era of Taliban rule.

Intelligence assessments did not predict such a swift collapse. In June, U.S. officials had said Kabul could capitulate within six to 12 months after U.S. withdrawal, leaving many stunned and unprepared when it fell in mere hours.

The Taliban, wary of international isolation, claimed women would be treated equally.

"We assure the international community that there will be no discrimination against women," spokesman Zabihullah Mujahid at an Aug. 17 news conference. "But," he added, "within the frameworks we have."

Thousands of people rushed to Kabul's airport after the government's collapse. They left behind loved ones and carried only their most precious belongings. The crush of people trying to escape underscored the fears of Taliban rule upending life, especially for young Afghans who had never lived under its regime.

Desperation drove some people to cling to the wings of airplanes as they took off. Fada Mohammad, a young dentist, fell to his death on Aug. 16. His remains were found on a rooftop four miles from the airport. A teenage soccer player also died after plummeting from a U.S. aircraft.

The rush to flee Kabul was made worse because "down to the final days of collapse, people were in denial," said Anthony Cordesman, a former consultant to the Departments of State and Defense on Afghanistan and the emeritus chair in strategy at the Center for Strategic and International Studies. The Biden administration's earlier decision to vacate Bagram air base, 35 miles north of Kabul, only made it harder for Afghans to escape.

Kabul's airport, added Cordesman, "was from the start a terrible place to get to. The roads are very narrow, it's not easy to secure. It's very, very hard once people actually cram in there to manage access."

A suicide bombing at the airport's perimeter killed more than 170 people, including 13 U.S. service members.

"People were burning alive, people could not breathe," one Afghan eyewitness, who was with his wife and other family members waiting for an evacuation flight, told The Washington Post that day.

"Terrorists are opportunists at the end of the day," Kugelman noted. "And ISK was taking advantage of a crowded, scared, chaotic scene."

The United States may have succeeded in preventing Afghanistan from again becoming a training ground for attacks on U.S. soil, he said, "But the U.S. military presence failed to prevent the emergence of a new terror group in Afghanistan. It's hard to think of a more sobering reflection of failed U.S. counterterrorism efforts in Afghanistan."

As one of its last acts in the war in Afghanistan, the U.S. military conducted a drone strike that killed 10 civilians. The United States said it was targeting an Islamic State operative with a car full of explosives linked to ISIS-K. In fact, the man was a longtime aid worker for the United States. 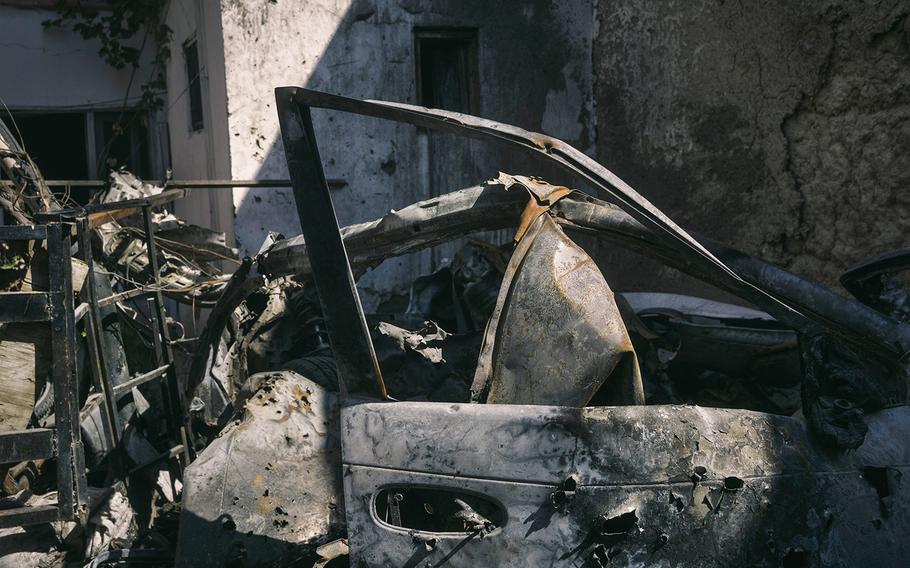 The remains of Zemarai Ahmadi’s car after it was struck by a U.S. missile in Kabul on Sept. 18, 2021. ( Lorenzo Tugnoli for The Washington Post)

The strike was a grim reminder that U.S. efforts to combat terrorism in the country often put innocent people in the crossfire. As of April 2021, more than 71,000 Afghan and Pakistani civilians died because of the war, according to an estimate by the Watson Institute for International and Public Affairs's Cost of War project.

Aug. 30 — Thousands of Afghans are left behind as withdrawal ends

The United States completed its withdrawal, evacuating more than 122,000 people from the country in the final several days. Between 100 and 200 Americans remained in Afghanistan, despite wanting to get out.

Thousands more Afghans, who feared they might be targets for the Taliban, were also stranded.

Since September, violence has decreased in most parts of Afghanistan. Yet security has not brought stability or prosperity.

Despite the Taliban's assurances that women would not be discriminated against, it has issued a steady stream of orders curbing their rights. Girls are still not permitted to attend high school, and their travel and dress are now restricted.

As the country's economy tanked amid a cutoff of international aid, the country faced mass hunger and displacement. Today, the World Food Program estimates more than 18 million people in Afghanistan the country are facing crisis levels of hunger.