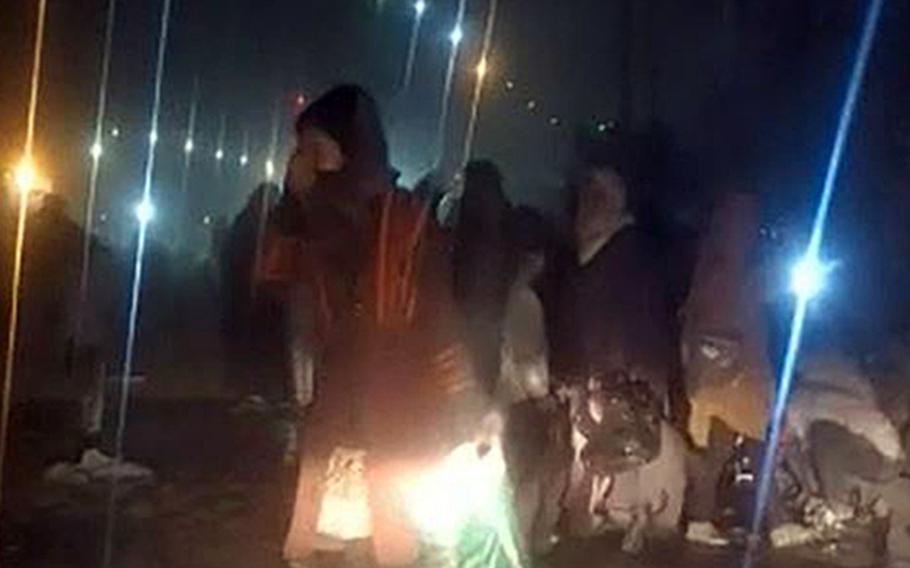 KABUL, Afghanistan — Thousands of Afghans waited in the Kabul heat outside the capital’s international airport Friday with hopes of crossing Taliban checkpoints and boarding an evacuation flight, despite enduring tear gas attacks and crackling warning shots the night before.

Tracer rounds arced in the dark sky above a large crowd outside the gates of Hamid Karzai International Airport, where women and children covered their faces to avoid the sting of the gas.

At least five people were recently injured by gunfire and were taken from the airport to the capital’s surgical center run by the Italian nonprofit Emergency, the organization said Friday on Twitter.

“The chaos continues in that area,” said the facility’s medical coordinator Alberto Zanin, quoted in the post.

Things appeared calmer elsewhere in the city of more than 4 million, though fear of the new Taliban regime continues to keep daily life on hold for many.

Banks and larger stores remained closed, though some smaller shops were slowly reopening, said a taxi driver who asked not to be named for safety reasons.

“It was very scary during the first two days after the Taliban took power,” the driver said. “Still we are worried about the future. We don’t know what’s going to happen next, but it’s not as scary as it was before.”

However, the closed banks have some who spoke with Stars and Stripes worried that other residents could run out of money to pay for food.

There seem to be fewer Taliban on the roads and fewer checkpoints, the taxi driver said.

“But let’s see,” he said. “Maybe they are in the process of organizing and soon we’ll see more of them again.”

Others worry about the militants making house calls, one Kabul resident said.

“The Taliban have been going door-to-door searching for people who used to work for the government,” the person said. “Everyone is just waiting to see if they come to their door.”

Many in Kabul are remaining in their homes for fear of the Taliban’s patrols and checkpoints, said one Afghan journalist via Facebook Messenger.

“We are afraid of their beatings,” said the radio presenter, who asked not to be named. 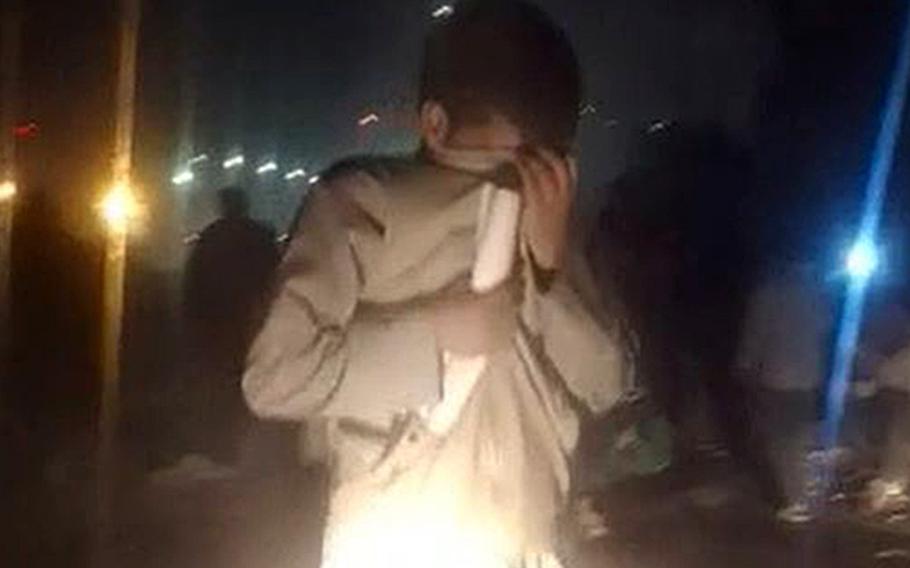 Buy Photo
Afghans cover their faces after tear gas was deployed outside Kabul’s international airport where throngs of people were awaiting possible entry to the facility and admission onto evacuation flights Thursday, Aug. 19, 2021. The Taliban rapidly took Afghanistan’s capital earlier in the week, as the U.S. and its allies were completing the last phases of military withdrawal from the country after 20 years of war. (Stars and Stripes) 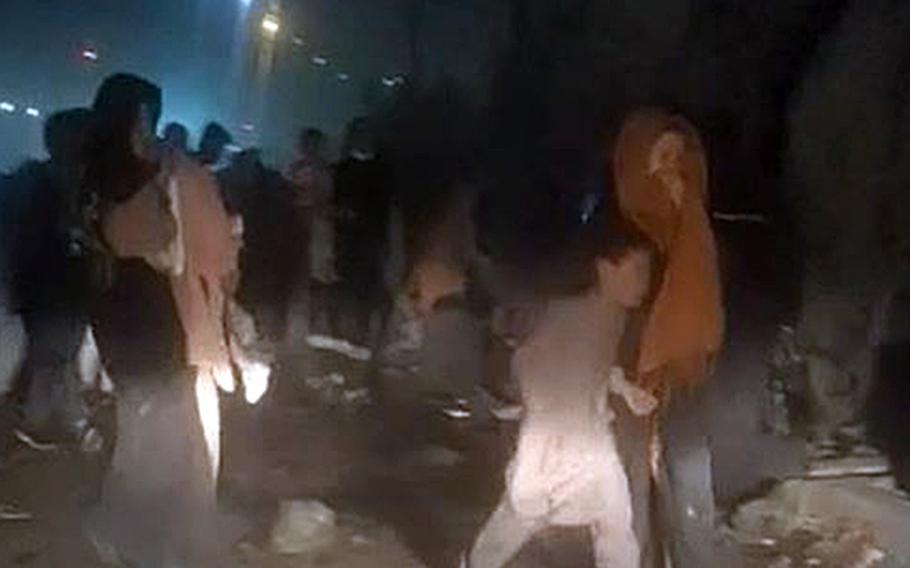 Buy Photo
Guns are fired into the air from Kabul’s international airport as hundreds of men, women and children wait and hope for entry to the facility for evacuation flights out of the country Thursday, Aug. 19, 2021. The Taliban swiftly took over Afghanistan in August, as the U.S. and its allies were completing the last phases of military withdrawal from the country after 20 years of war. (Stars and Stripes)

While the militants say they have no intention of harming media and people affiliated with the former government, no one believes them, said another Afghan journalist.

“I do not have any hope,” said the reporter, who lives in southern Afghanistan and communicated via Facebook.

Even those who haven’t worked for the government or foreign forces are scared that they might still be suspected of aiding the Taliban’s enemies.

The militants now control the international section of the city, known as the Green Zone, where many foreign embassies, international news agencies and the mansions of Afghanistan’s elite were located.

“I’m worried because I drove foreign customers into the Green Zone all the time,” the driver said. “Maybe if the Taliban find [security camera] footage, they’ll identify my car and think that I helped the U.S. forces somehow.”

Much of the taxi firm’s international clientele has left the country, and the driver said he doesn’t know how long he’ll have a job.

Hoping to adapt to the new Taliban rule, he called a barber to come to his house and restyle his hair and beard into something more acceptable to the hardline Islamist group.

“This is what we have to do now,” he said. “The barber’s shop has been closed since the Taliban took over, but he says he’s getting a lot of home calls because people need to change their style.”