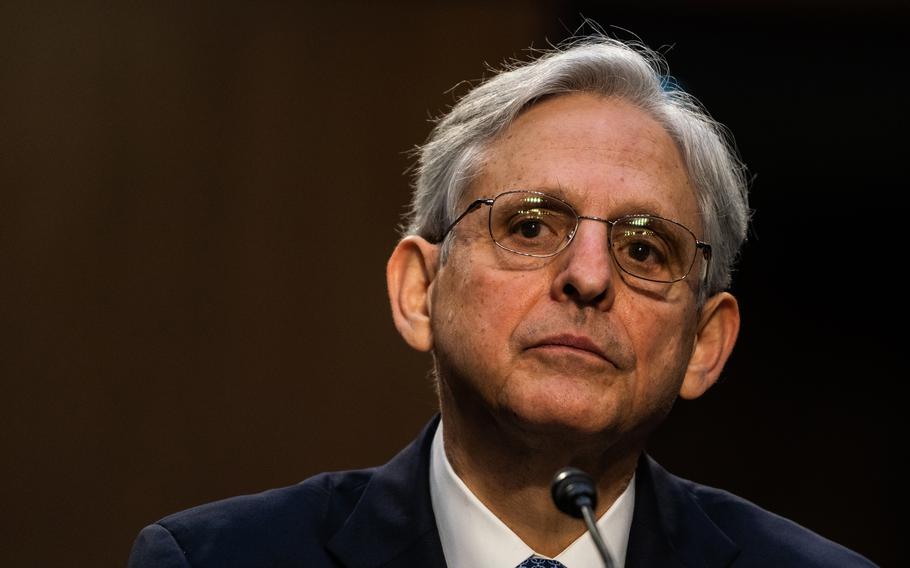 Judge Merrick Garland is shown during his confirmation hearing before the Senate Judiciary Committee on Capitol Hill in Washington on Feb. 22, 2021. (Demetrius Freeman/The Washington Post)

The top U.S. law enforcement official made the unannounced trip to the war-ravaged country to discuss efforts hold Russia accountable for the unprovoked invasion of its neighbor.

“The United States is sending an unmistakable message: There is no place to hide,” Garland said. “We will ... make sure that those who are responsible for these atrocities are held accountable.”

As well as the war crimes probe, Garland said he wanted to express the “unwavering support” of the U.S. for Ukraine as it seeks to repel the Russian invasion.

Garland, who was already planning to visit European allies, is the most recent top-ranking American official to travel to Ukraine.

Congressional delegations of leading Democrats and Republicans have also traveled to Kyiv to show support.