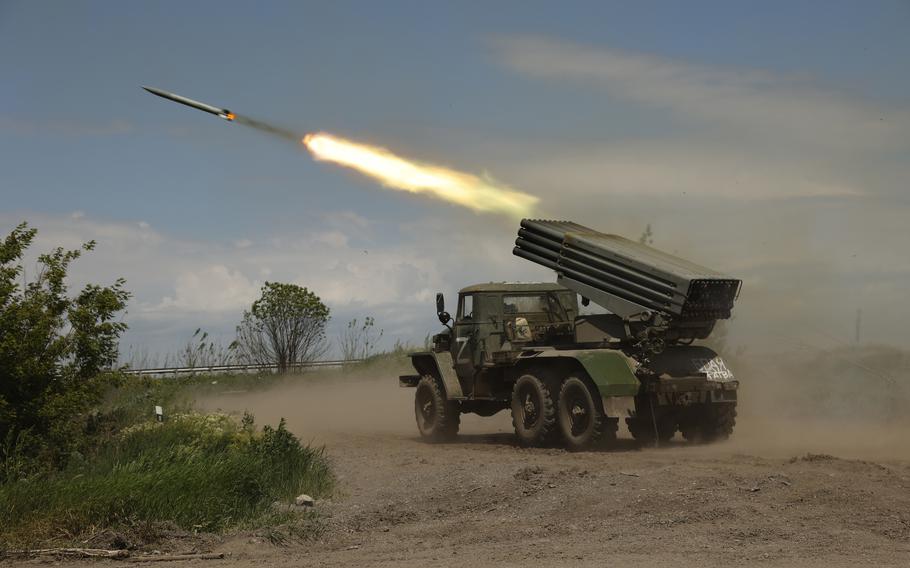 A U.S. citizen has been killed in combat in Ukraine, according to an obituary published by his family and affirmed by the State Department, making him at least the second American to die as a result of the war.

Stephen D. Zabielski, 52, died May 15 while fighting in the conflict, said the obituary, published in the Recorder, a newspaper serving Montgomery County in Upstate New York. He left behind a wife, five stepchildren and seven siblings, among other family.

The State Department is in touch with the family and has provided “all possible consular assistance,” a U.S. official said, speaking on the condition of anonymity because the issue is considered sensitive. The official declined to offer more details about the case “out of respect to the family during this difficult time.”

News of the death circulated widely after Rolling Stone magazine, citing multiple people familiar with the circumstances of Zabielski’s death, reported Monday that he was a U.S. Army veteran and had been killed by a land mine. The Washington Post was unable to immediately verify his military records.

Attempts to reach Zabielski’s family were unsuccessful. He was from New York and lived there for the majority of his life before moving to Florida in the past few years, his obituary said. He worked in construction.

Zabielski’s death occurred about two weeks after the family of U.S. Marine Corps veteran Willy Joseph Cancel, 22, disclosed that he was killed while fighting in Ukraine.

The government in Kyiv has aggressively recruited Westerners with previous military experience to join its International Legion for the Defense of Ukraine, and has sent many into combat.

The news of Zabielski’s death follows reports that two other Americans who joined the war effort disappeared in Ukraine this month. Alexander J. Drueke, 39, and Andy Tai Huynh, 27, both of Alabama, were last seen near the northeastern city of Kharkiv, and are presumed to have been taken captive by forces aligned with the Kremlin. Drueke is a former Army staff sergeant who served in Iraq and Kuwait, while Huynh is a former Marine corporal who deployed in the Pacific, according to service records released by the Pentagon last week.

Americans captured in Ukraine face an uncertain fate. The Kremlin’s top spokesman, Dmitry Peskov, said in an NBC News interview broadcast Monday that Drueke and Huynh should be “held responsible for the crimes they have committed.” He referred to them as “soldiers of fortune” and suggested they would not qualify for protections afforded to prisoners of war under the Geneva Conventions.

Two British citizens and a Moroccan who had fought alongside Ukrainian forces were taken captive this month. A court in eastern Ukraine, where Russian-backed separatists have controlled territory for years, sentenced them to death.

U.S. officials have for months sought to discourage Americans from joining the war, citing the safety risks and the U.S. government’s limited ability to assist when something goes wrong. President Biden on Friday said emphatically that “Americans should not be going to Ukraine now.”