Many countries around the world are celebrating Father’s Day on this third Sunday in June.

In Ukraine this year, the holiday is bittersweet.

Men of fighting age cannot leave the country, lest they be called up to join the fight against Russian invasion forces. Many have sent their families away to safety, and many have been killed on the battlefield.

In a wartime Father’s Day message, Zelenskyy, who has two children, praised fathers who “defend” Ukraine.

“Being a father is a great responsibility and a great happiness,” Ukraine’s leader said Sunday in an Instagram post. “It is strength, wisdom, motivation to go forward and not to give up. And no matter how difficult it is - to protect and defend the most precious. Thank you, our heroes.”

Zelenskyy has a daughter and a son. In an interview with CNN’s Jake Tapper in April, he spoke fondly of his teenage daughter and joked that “without knocking the door, I can’t speak with my daughter.”

He told Tapper he wanted his children to remember him as “a human being that loved life to the fullest, and loved his family, and loved his motherland — definitely not a hero.”

The Ukraine president’s post was accompanied by photos of men in Ukraine, some in military fatigues, others dressed as civilians, caring for their families in hospitals and underground bunkers.

In a few of the shots, fathers can be seen sending their children away in trains as they stay behind.

Officials in Kyiv have called for more weapons and ammunition from the West as they struggle to maintain control over areas of the east where the most intense fighting is underway.

Father’s Day was an opportunity for some to call for end to the war.

“On Father’s Day, we wish all the soldiers of Ukraine to return home as soon as possible with victory,” a post from Ukraine’s Interior Ministry said.

In an accompanying video, which features the logo of Ukraine’s State Border Service, a soldier tells the camera, “We are defending our country for the sake of our children.”

On Thursday, Ukraine’s parliament, the Verkhovna Rada, shared a video of a son reuniting with his father, who is in military fatigues. “We are doing everything we can to ensure that children will see their parents returning home from war,” the parliament’s caption said. 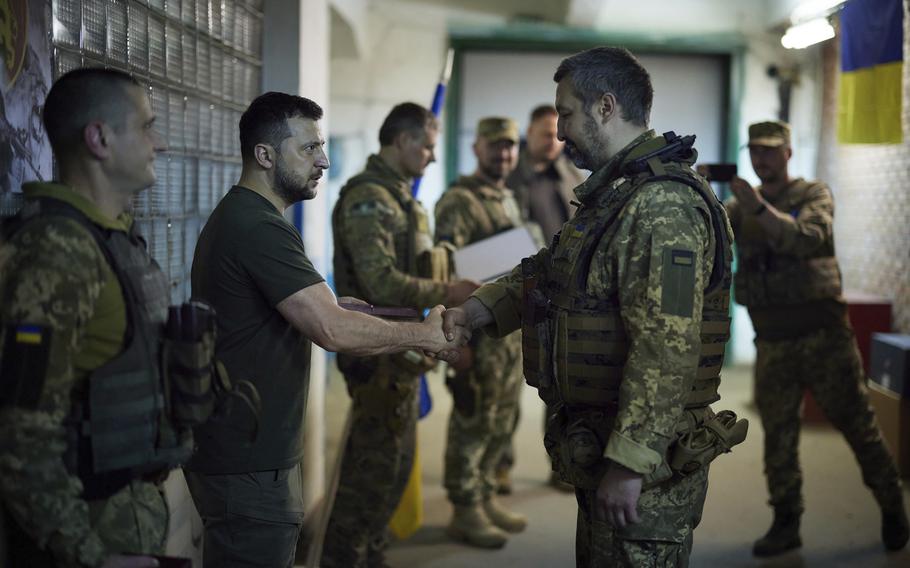