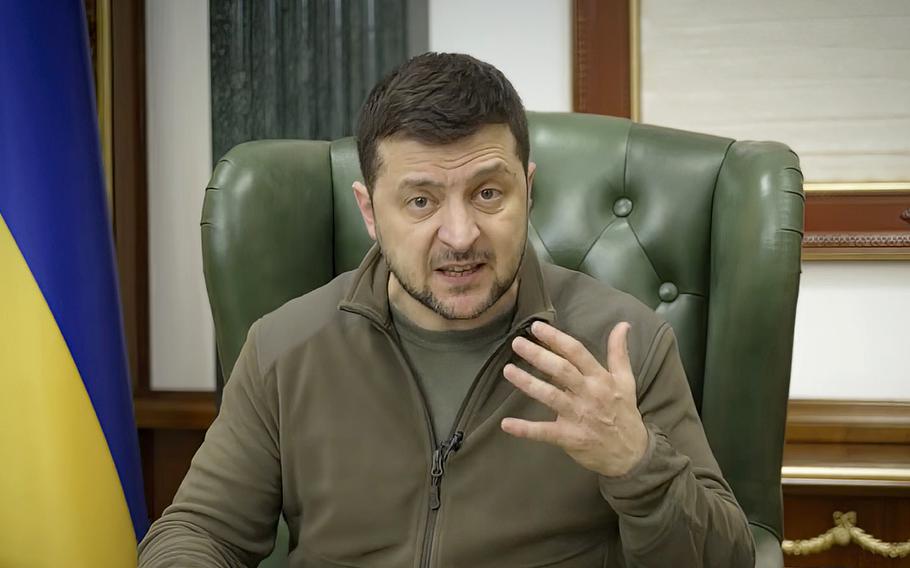 The dramatic visit, as Kyiv went under a curfew in response to renewed Russian attacks, was made by the prime ministers of Poland, Slovenia and the Czech Republic, who crossed into Ukraine by train.

They would be the first foreign leaders to enter the capital since Russia’s attack began 20 days ago. Their visit unfolded against the backdrop of intensifying missile strikes on Kyiv, which killed at least four people Tuesday, according to the mayor, Vitali Klitschko, who placed the city under a 35-hour curfew in light of what he described as a “difficult and dangerous” moment.

John Spencer, a retired Army officer and chair of urban warfare studies at the Madison Policy Forum, called the visit “extremely risky,” not just for the safety of the visiting heads of government but also because of possible reprisal by Russian President Vladimir Putin, who “may see leaders of NATO countries entering Ukraine as crossing one of his lines.”

The presence in Ukraine of Central European leaders was especially notable two days after Russian missiles struck a military training base close to Ukraine’s border with Poland, bringing the war closer to NATO and E.U. territory.

In a Facebook post, Petr Fiala, the Czech prime minister, said he and his counterparts, Poland’s Mateusz Morawiecki and Slovenia’s Janez Jansa, were visiting Kyiv as representatives of the European Council. Jansa wrote on Twitter that the delegation, which also included Polish Deputy Prime Minister Jaroslaw Kaczynski, was bringing a message from the Organization for Economic Cooperation and Development, or OECD, which he said was committed to “rebuilding and reconstruction of the Ukraine.”

“The purpose of the visit is to confirm the unequivocal support of the entire European Union for the sovereignty and independence of Ukraine,” Fiala wrote. “The aim of this visit is also to present a broad package of support for the Ukraine and Ukrainians.”

There were signs, too, of efforts by international organizations to signal support for the Ukrainian state, which has been more resilient than some expected. The Organization for Security and Cooperation in Europe, or OSCE, which pulled staff from Ukraine following Putin’s full-scale assault on Feb. 24, has been discussing how to return a team to the embattled country, according to an official familiar with the matter who spoke on the condition of anonymity because the plans have not been finalized.

An OSCE spokeswoman declined to comment but pointed to recent remarks by the general secretary in which she said, “The OSCE retains premises, a fleet of vehicles, and has long experience as an intermediary to facilitate localized ceasefires — which we believe can be put to good use in supporting the provision of humanitarian assistance, and facilitating evacuation and relocation of Ukrainian citizens.”

Ukrainian and Russian forces have for days been locked in intensifying street fighting on the outskirts of Kyiv, as the Kremlin’s forces seek to strengthen a cordon around the capital. The defending army has managed to stall Russia’s advance, possibly buying Ukraine time to receive more Western military aid, though most military analysts still predict that Kyiv will fall.

A photo released by the Slovenian government showed the three leaders seated around a table, in talks on their way to Kyiv. Papers, a phone and a tablet were arranged in front of them.

Morawiecki, describing the aims of the trip, harked back to the visit paid by Lech Kaczynski, then the Polish president, to Tbilisi, the capital of Georgia, during the Russian invasion of that country in 2008.

“His visit then changed the perception of this war, and a great act of courage added spirit to Georgians and is still remembered all over the world today,” the Polish prime minister wrote.