‘Built for this mission’: Most of V Corps’ HQ shifts from US to Europe in response to Russia 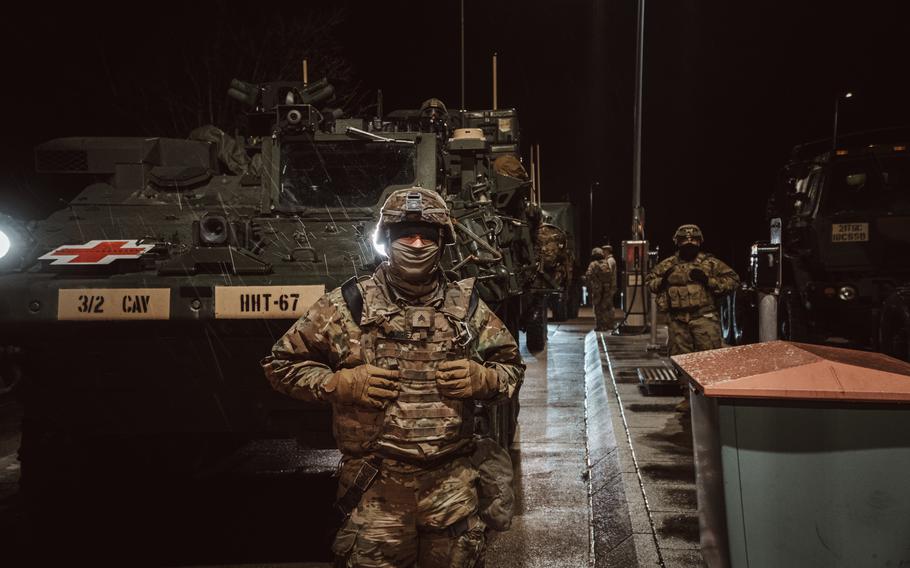 Soldiers assigned to 3rd Squadron, 2nd Cavalry Regiment, refuel their vehicles while on a tactical road march from Germany to Latvia on Feb. 21, 2022. About 300 additional soldiers are expected to head to Poland and Germany to support V Corps operations on NATOs eastern flank. (Nicko Bryant Jr./U.S. Army)

RZESZOW, Poland — The U.S. Army’s V Corps will deploy the bulk of its headquarters to Europe to enhance command and control of ground forces as troops continue to deploy to the Continent in the wake of Russia’s war on Ukraine.

About 300 additional soldiers out of Fort Knox, Ky., are headed to Germany and Poland, where they will help coordinate operations up and down NATO’s eastern flank, the Army said in a statement Thursday.

The V Corps troops are among the several thousand that have been ordered by President Joe Biden to take up positions stretching from the Baltics to Poland, Germany and Romania.

“As America’s forward deployed corps, we were built for this mission,” Lt. Gen. John S. Kolasheski, V Corps commander, said in the statement. 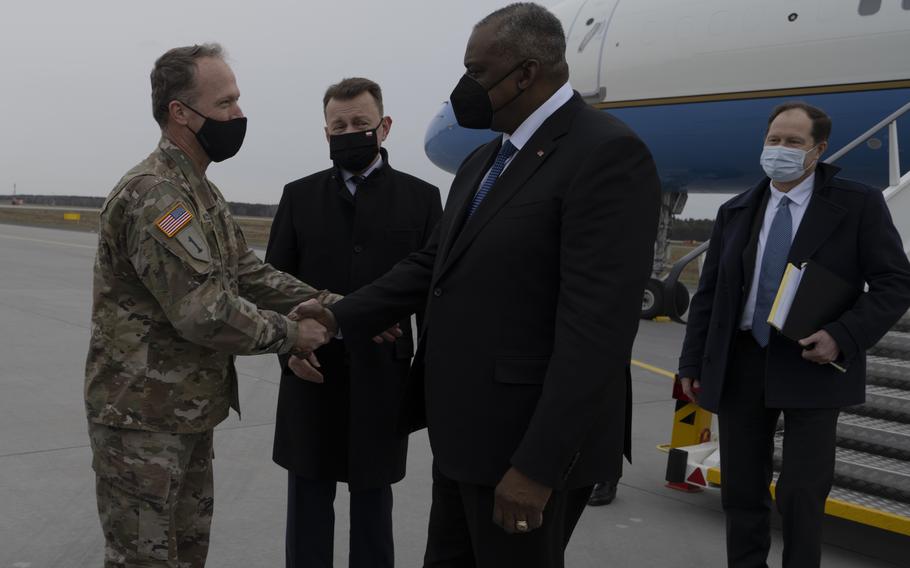 The V Corps main headquarters will complement a forward headquarters based in Poznan, Poland, where the unit already has around 200 soldiers based.

In November, V Corps was declared “fully operationally capable” by the Army, which reconstituted the unit to support a growing U.S. Army Europe and Africa mission.

Among the headquarters’ tasks are managing the day-to-day operations of soldiers involved in missions along NATO’s eastern flank. Those missions kicked off in 2014, in the aftermath of Russia’s first invasion of Ukraine.

But the effort to reinforce NATO’s position in central and Eastern Europe is likely to grow in the months ahead.

With the recent arrival in Germany of the 1st Armored Brigade Combat Team, 3rd Infantry Division from Fort Stewart, Ga., the Army now has three tank brigades in Europe simultaneously. 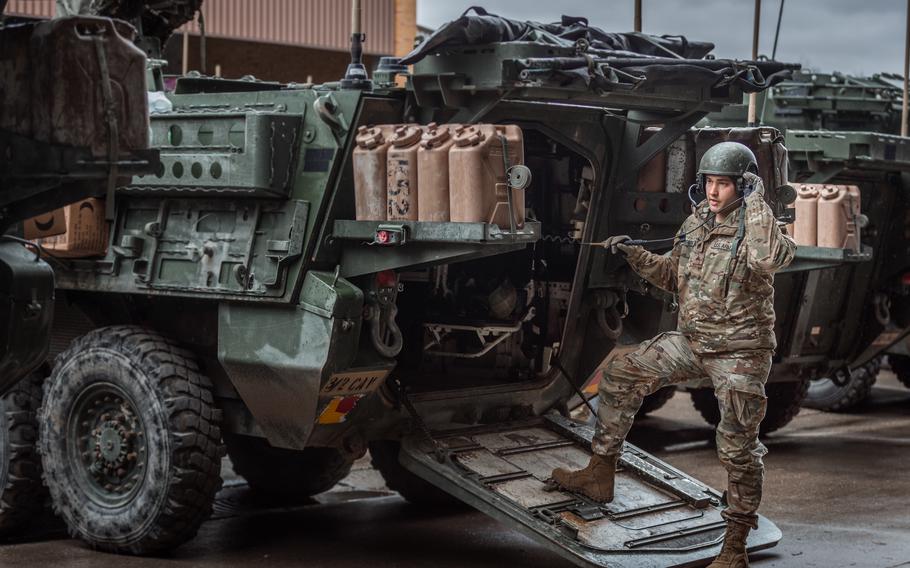 A soldier assigned to 3rd Squadron, 2nd Cavalry Regiment, conducts communication checks before deploying on a tactical road march at Rose Barracks in Vilseck, Germany, Feb. 20, 2022. Under the command and control of V Corps in Europe, the regiment conducted a winter tactical road march over 900 miles from Germany to Latvia with NATO allies and partners. (Uriel Ramirez/U.S. Army)

One of those units, the 1st Armored Brigade out of Fort Riley, Kan., has had its Europe rotation extended because of Russia’s war on Ukraine.

V Corps will be tasked with managing the influx of forces as they carry out training missions with allies.

V Corps’ history in Europe dates to World War I. It was a fixture in Germany throughout the Cold War but was deactivated in 2013 as part of the Army’s gradual drawdown in Europe.

About the time of V Corps’ deactivation, the Army was reducing the number of ground units in Europe. The last of its main battle tanks were sent back to the U.S. in 2013.