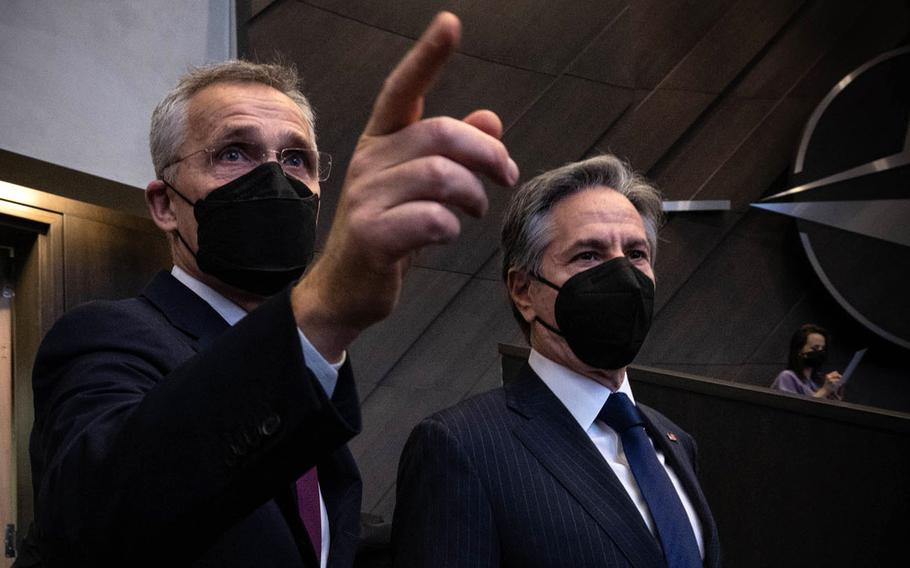 RZESZOW, Poland — NATO on Friday ruled out setting up a no-fly zone in Ukraine amid concerns of sparking a wider war with Russia, but will consider sharply increasing the number of allied troops deployed to central and Eastern Europe, the alliance’s top official said.

As Russia’s war on Ukraine enters its second week, calls from Ukraine for more alliance support have been building. Among the requests: a NATO-enforced no-fly zone.

But imposing one in Ukraine, which might have to be enforced by shooting down Russian warplanes, is a step too far for NATO, Secretary-General Jens Stoltenberg said after an emergency meeting at allied headquarters in Brussels.

“We understand the desperation, but also believe if we did that, we’d end up in something that could end up in a full-fledged war in Europe, involving many more countries,” Stoltenberg said. 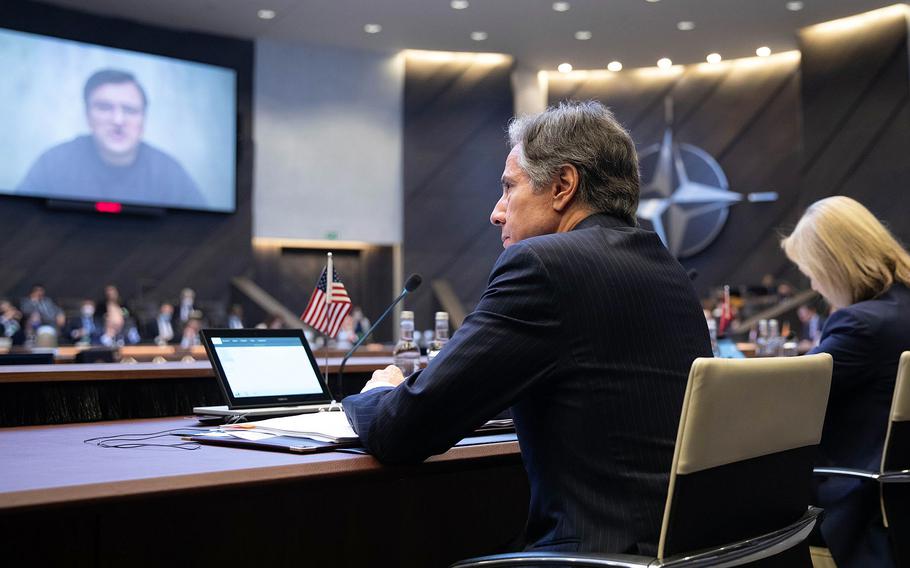 U.S. Secretary of State Antony Blinken listens to discussions during a video link with Dmytro Kuleba, the Ukrainian foreign minister, while attending a meeting at NATO headquarters in Brussels, March 4, 2022. (NATO)

“We are not going to move into Ukraine, either on the ground or in the airspace,” Stoltenberg added.

However, allies are “seriously considering a significant increase” in troops and air defenses, Stoltenberg said. The final decision on a long-term force posture change could come at a heads of state summit in June.

Meanwhile, weaponry from NATO states continues to flow into Ukraine in the form of anti-tank Javelins, Stinger missiles, small arms and ammunition, government officials from across the alliance have said.

As talks got underway in Brussels, Stoltenberg and U.S. Secretary of State Antony Blinken condemned Russia’s push into Ukraine, where attacks have intensified and civilians are among the targets. 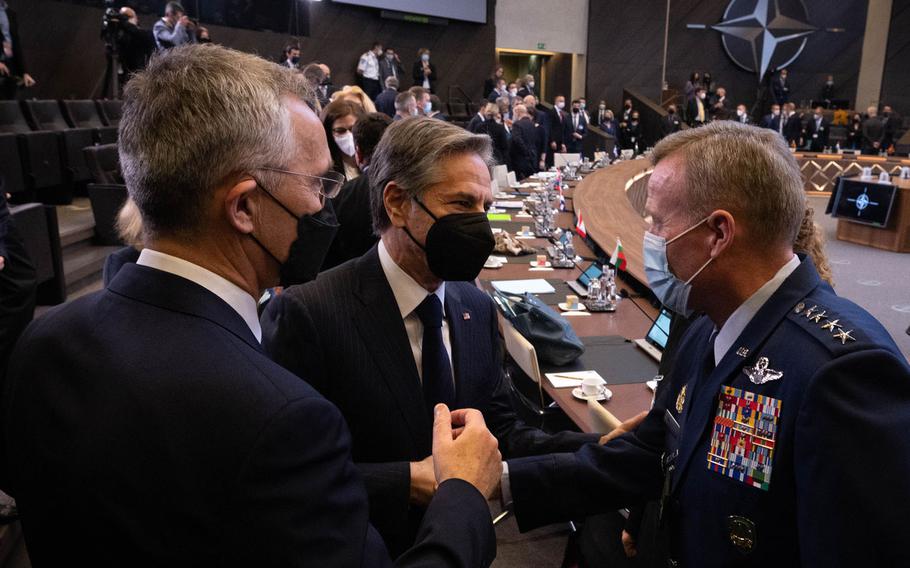 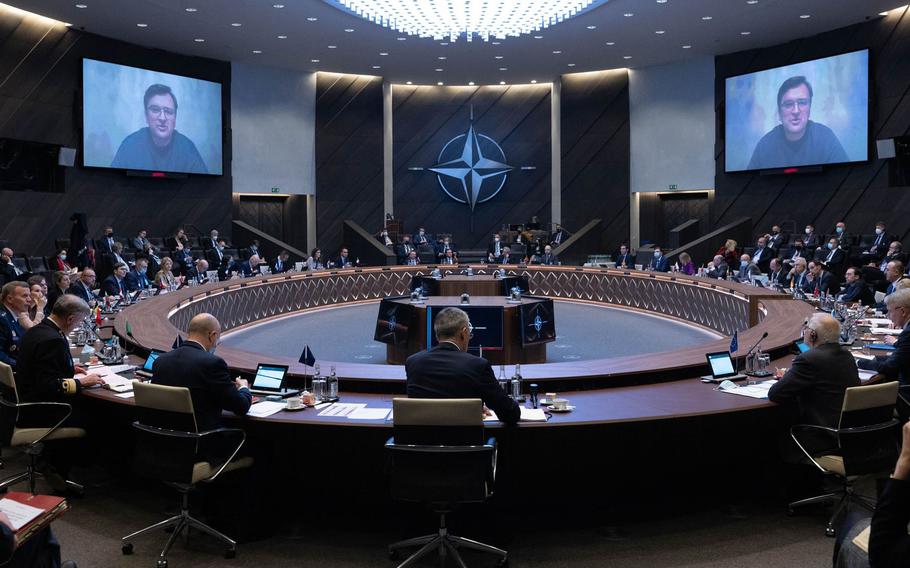 "Ours is a defensive alliance. We seek no conflict. But if conflict comes to us, we are ready for it and we will defend every inch of NATO territory,” Blinken said.

So far, the Russian military has faced stiff resistance from the Ukrainian military, a force that Russian President Vladimir Putin has underestimated, Stoltenberg said.

Still, the attacks by Russia are expected to get worse in the days ahead with cities under siege and civilian infrastructure, such as schools and hospitals, being among the targets, he said.

“The days to come are likely to be worse. With more death, more suffering, and more destruction, as the Russian armed forces bring in heavier weaponry and continue their attacks across the country,” Stoltenberg said.

For allies, the situation in Ukraine amounts to a security sea change in Europe, the effects of which are expected to last for years to come, allies said.

“Russia has shattered peace on the European continent. It has engaged in a war of a scale, of a type not seen in Europe since the Second World War… the threat of pervasive conflict is real,” Stoltenberg said.