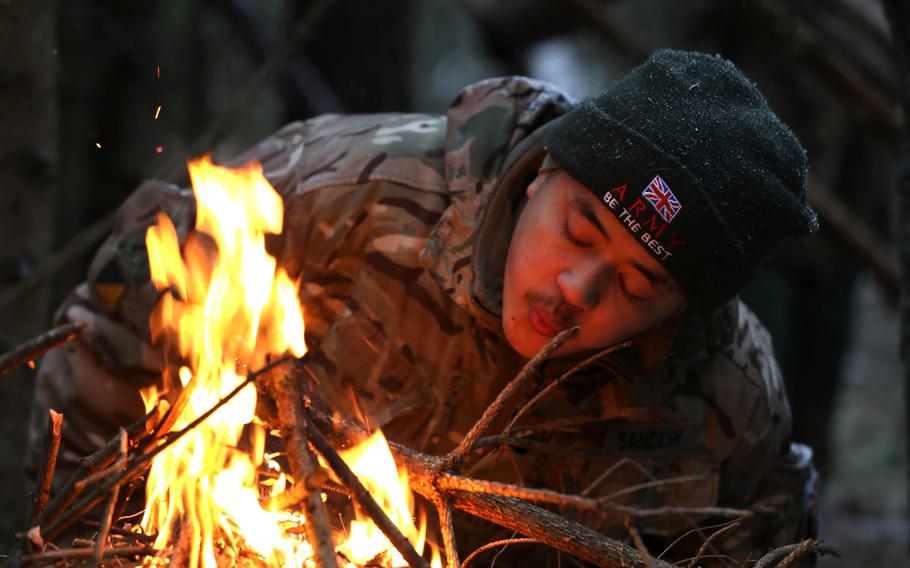 A soldier from the United Kingdom, with enhanced Forward Presence Battle Group-Poland, breathes air into a fire during a cold-weather survival course in December 2020 at Bemowo Piskie Training Area, Poland. The U.K. and Estonia have sent troops to Poland to help the country deal with a migrant crisis on its border. (Elizabeth Bryson/U.S. Army)

STUTTGART, Germany — Troops from the United Kingdom and Estonia have deployed to Poland to help contend with a migrant border crisis with Russian ally Belarus, Polish officials said.

The situation, which NATO says is being orchestrated by the regime in Belarus to destabilize neighboring member states, is among an array of security problems allies are grappling with on the bloc’s eastern flank.

“We thank [the UK and Estonia] for solidarity, political and military support,” Soloch said in a Twitter posting. 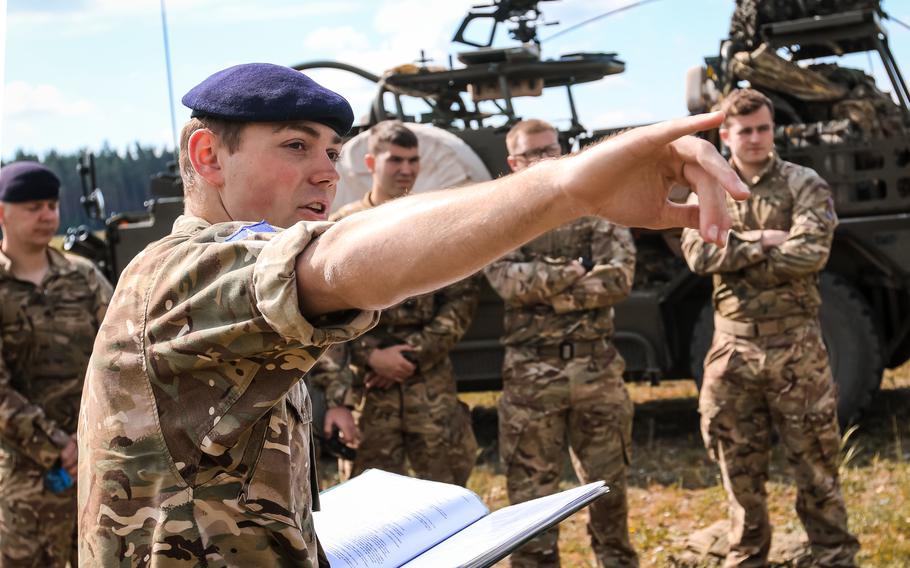 British army 1st Lt. Hugo Chaplin gives a safety brief to his soldiers before they start a weapons training event with the Battle Group Poland at Bemowo Piskie Training Area, Poland, in 2018. The U.K. and Estonia have sent troops to Poland to help the country deal with a migrant crisis on its border. (Hubert D. Delany III/U.S. Army)

The move involves contingents of about 150 soldiers from each country. They will provide engineering and reconnaissance support, Poland’s National Security Bureau said.

On Wednesday, U.S. Secretary of State Antony Blinken condemned the regime in Belarus for using migrants “as a political weapon” in order to provoke a crisis on its borders with Latvia, Poland and Lithuania.

“We will hold the regime accountable for its ongoing disregard for democracy, for human rights, for the rule of law,” Blinken said after participating in a conference of foreign ministers from all 30 NATO countries.

A U.S.-led NATO battle group operating in the country is not part of the security efforts involving the deploying U.K. and Estonian troops.

The U.S. Army leads a battle group in northeastern Poland, roughly 50 miles from the Russian military exclave of Kaliningrad. Those combat-ready troops have the mission of guarding against potential Russian aggression in the region.