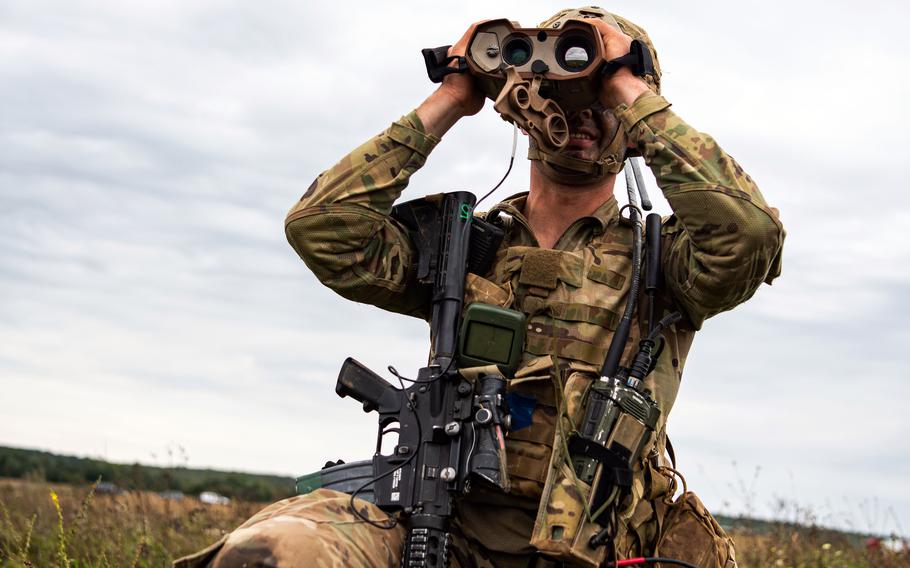 A U.S. Army paratrooper assigned to the 173rd Airborne Brigade surveys the land at a drop zone during training near Yavoriv, Ukraine in September 2021. A recent Rand Corp. study suggests the Army should emphasize lighter units over tanks as a deterrent against Russia. (John Yountz/U.S. Army)

U.S. Army moves to shore up Europe’s deteriorating security situation could help solve the dilemma of how to check Russian aggression without sparking a dangerous escalation, the Rand Corp. think tank says in a new report.

The report argues that the Army will need to find a balance between deterrence and provocation in its approach to great-power adversaries like Russia.

“For example, the Army could take the lead in examining potential constraints in the deployment, posture, and capabilities of ground forces in the European region in ways that would enhance stability,” Rand wrote in the report, which is titled “Stabilizing Great-Power Rivalries.”

Ground forces, with an emphasis on light units over heavy tank brigades, could “thread the needle” in the tensions with the Kremlin, according to Rand. A step too far would be to put armored brigades in the Baltic states, the report contends.

It calls armored brigades “among the most provocative capabilities to rivals.”

The study, which traces the history of rivalries between large powers and examines the factors that can provoke conflict, says there are “serious grounds for concern” over the stability of American relations with both Russia and China. 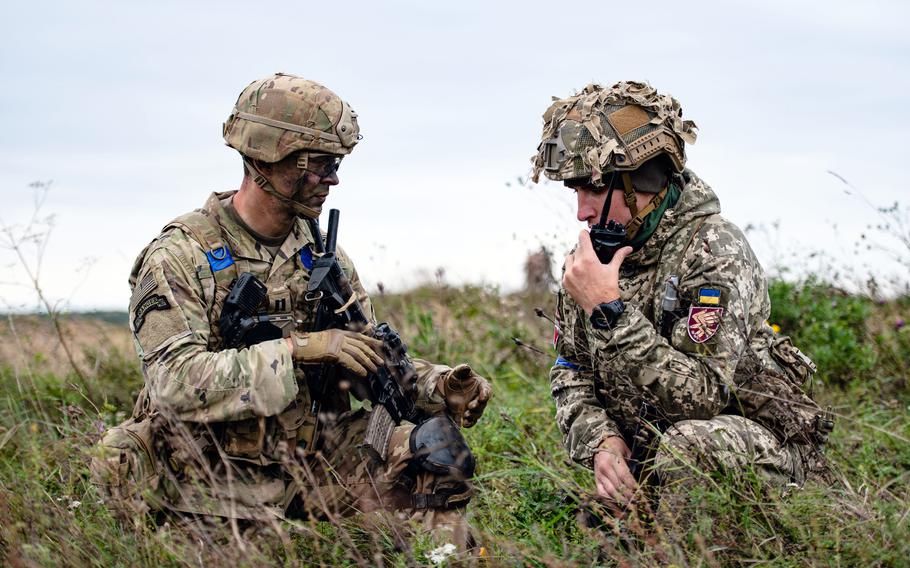 A U.S. Army soldier coordinates with a paratrooper from the Lithuanian-Polish-Ukrainian Brigade after conducting a joint airborne operation near Yavoriv, Ukraine in September 2021. A recent Rand Corp. study suggests the Army should emphasize lighter units over tanks as a deterrent against Russia. (John Yountz/U.S. Army)

The report focuses on recommendations for the Army. It comes as the U.S. and fellow NATO members deal with a sharp rise in tensions with Russia, which the West fears is poised to reinvade Ukraine.

“The Army, like all services, will serve the nation’s interests most effectively if it continuously thinks in terms of stabilizing the rivalries rather than merely providing capabilities to threaten the adversary,” says the report.

It goes on to say the Pentagon will need to look beyond just adding military capabilities in both Europe and the Pacific if it wants to avoid risky provocation.

“The deterrent effect of capability decisions is only half of the equation,” Rand wrote. “When making decisions about posture or capability development, the United States should also consider their effects on stability.”

One factor driving U.S.-Russia tensions is conflicting views over what amounts to escalatory behavior in Ukraine, which Russia invaded in 2014. It seized Ukrainian military bases and eventually annexed the Crimean Peninsula.

Russian President Vladimir Putin has repeatedly complained that a U.S. and allied military presence in and around Ukraine amounts to a “red line,” implying that such activity could be grounds for another invasion.

Meanwhile, the U.S. and NATO reject the notion that Ukraine is part of Russia’s sphere of influence. They contend that Kyiv has the right to integrate more with the West.

“The post-2014 breakdown in relations is traceable directly to the culmination of competition for influence over an area that is far more central to Russia than to the United States,” Rand said.

Among military security analysts, there is a long-running debate on whether the U.S. should forward-station brigades in the Baltics and Poland.

Some proponents of such action say a permanent tank presence would offer a better deterrent against Russia.

Rand’s latest study, however, says the Army should emphasize lighter units and take advantage of recently established Security Forces Assistance Brigades, which specialize in training partners and are a “useful way of enhancing deterrence without deploying provocative capabilities forward.”

The report concludes that the military “will increasingly have to think in terms of stability as it works to help the United States manage this challenging new era of competition.”