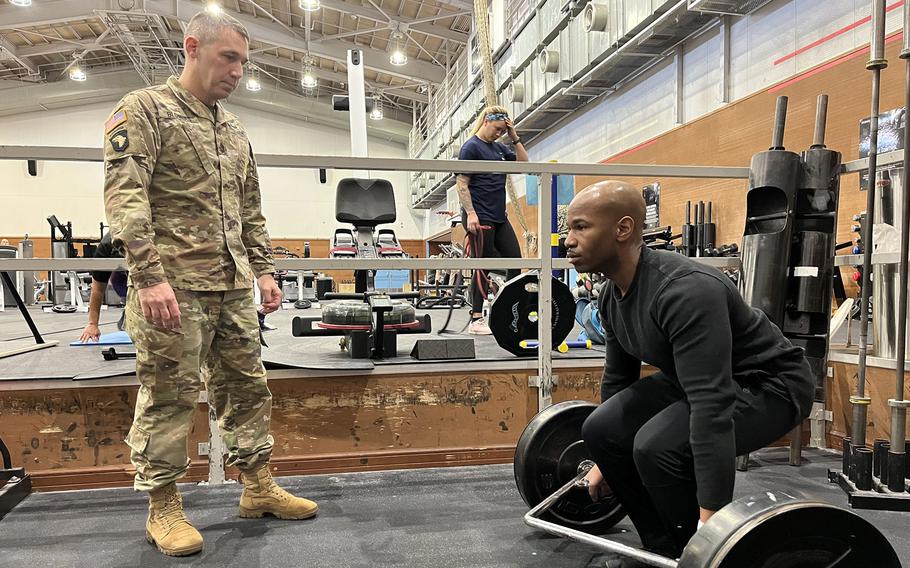 TOKYO — For the first time in two decades, the U.S. Army has a recruiting station on the most populous of Japan’s four main islands.

Not to sign up prospective recruits from the local population, but to help U.S. service members, their dependents and civilians employed by the Department of Defense looking for a change of scene.

In March at Camp Zama, Sgt. 1st Class Jason Blowers, 38, became the only Army recruiter working on Honshu, the main island of Japan and the site of several U.S. military bases in the country, including Yokota Air Base, the headquarters of U.S. Forces Japan, and Yokosuka Naval Base, the homeport for the U.S. 7th Fleet. Camp Zama is headquarters for U.S. Army Japan.

“I cover all of Honshu,” Blowers told Stars and Stripes at Yokota on Jan. 5.

In addition to the naval and air bases, he visits Misawa Air Base, Marine Corps Air Station Iwakuni and Sasebo Naval Base farther south on Kyushu Island, on a quarterly basis.

The decision to reopen a recruiting office at Zama stemmed from increasing interest in the Army among service members and DOD civilians living on Honshu, Blowers said.

“Historical data shows that there was this massive drop off, and it’s starting to climb again,” he said. “I know it’s not even just for the Army, honestly, it’s for all branches.”

While military recruiters in Japan may have less trouble finding applicants, the same can’t be said everywhere else. Every military branch had trouble meeting their recruiting goals last year, according to The Associated Press on Oct. 1.

Overall, service branches are struggling to find physically capable applicants with the desire to enlist, the AP reported. Enlistments were down about 15% compared to previous years for all branches, even though all but the Army met their recruitment goals. The Army fell short by about 25%, or 15,000, according to the report.

Blowers began his recruiting operations in March before he even had an office assigned to him. He said he took to local gyms to conduct the necessary physical fitness assessments and coordinated with hospitals on other bases to get applicants the medical exams they needed to complete the enlistment process.

“I want to serve in a better capacity and be more meaningful and impactful,” he said. “Air Force [officer trainees], their boards have either been canceled or have low selection rates. So, I thought, which branch is closest to the Air Force, and it’s the Army.”

For the past 20 years, recruiters based on Okinawa were responsible for all recruitment efforts in Japan. When applicants on Honshu contacted their offices to start the enlistment process, the recruiter had to fly to Honshu for the appointment and to start the necessary paperwork. Then the applicant would have to travel to Okinawa to complete tests and physical examinations.

“Financially speaking, that process was not very fun, and it was very time consuming,” Blowers said.