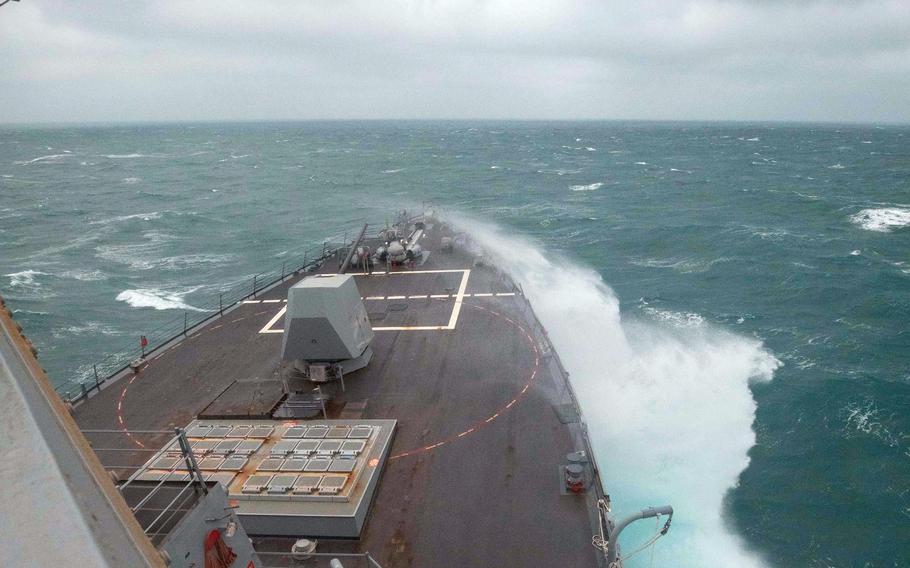 The guided-missile destroyer USS Chung-Hoon steamed through the Taiwan Strait on Thursday, the first this year of what’s become a routine passage along the waterway separating China from Taiwan.

The Chung-Hoon traveled through waters “beyond the territorial sea of any coastal State” in an area “where high-seas freedoms of navigation and overflight apply in accordance with international law,” U.S. Indo-Pacific Command said in a statement Thursday.

The warship, homeported at Naval Station Pearl Harbor, Hawaii, is deployed to the U.S. 7th Fleet, headquartered south of Tokyo at Yokosuka Naval Base.

Beijing considers Taiwan, a self-governing democracy, a breakaway province that must be reunified with the mainland, by force if necessary.

The Navy has sent warships through the 110-mile channel roughly once a month over the past two years.

In August, White House spokesman John Kirby said the 7th Fleet would send more ships and aircraft through the Taiwan Strait in response to Chinese drills around the island that followed U.S. House Speaker Nancy Pelosi’s controversial visit to Taipei earlier that month.

The USS Higgins and the Canadian frigate HMCS Vancouver transited the Taiwan Strait together in September, but the Navy did not publicize any activity there between October and December.

Thursday’s transit follows a flurry of military activity in the Western Pacific in recent weeks, including Japanese fighters scrambled to intercept Chinese drones operating near Okinawa and a patrol by the Chinese aircraft carrier Liaoning in the Philippine Sea.

Last month, a Chinese J-11 fighter maneuvered within about 10 feet of a U.S. RC-135 Rivet Joint reconnaissance plane’s wing over the South China Sea, according to INDOPACOM.