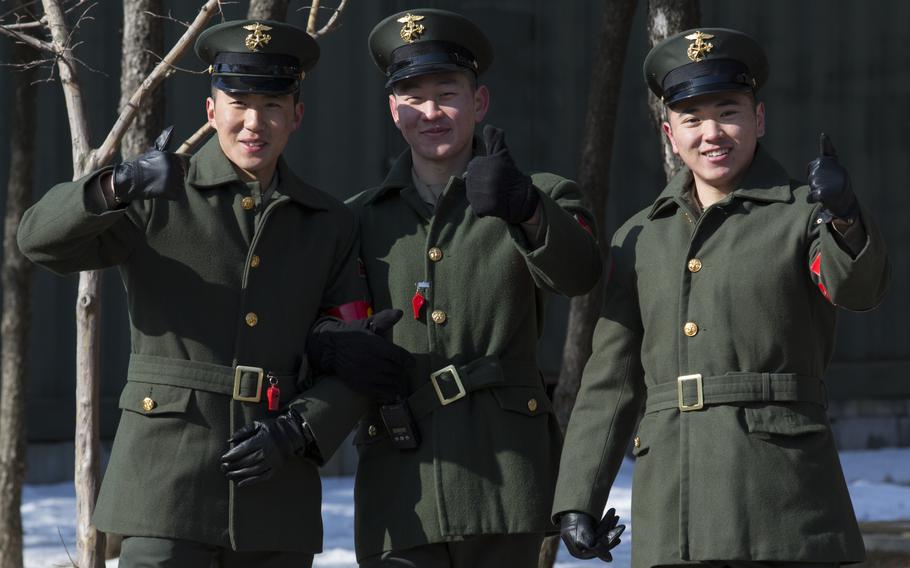 South Korea will maintain its active-duty force of 500,000 service members until 2027, the five-year outlook states. The nation’s military numbered 618,000 active-duty troops in 2018, but was steadily downsized to 500,000 this year due to “a rapid decrease in young population,” according to the blueprint.

“The military will reinforce skilled officers, especially in military operations and combat fields, for the purpose of reforming a national defense manpower structure to maximize combat effectiveness and maintain the scale of the standing force,” the ministry said.

The plan comes as North Korea set a record pace for ballistic missile tests and continued its stream of threats against the South and the United States.

The communist regime so far this year has launched over 70 missiles in 35 separate days of testing, an annual record. It last fired two short-range ballistic missiles toward the East Sea, also known as the Sea of Japan, on Friday and dispatched at least five small drones across the border with South Korea on Monday.

North Korea has been poised for months to conduct its seventh nuclear test, its first since 2017, according to U.S. and South Korean officials.

To help respond to North Korea’s threats, the ministry plans to increase its annual budget of roughly $43 billion to $60 billion by 2027, the ministry said in its prospectus.

South Korea had the world’s lowest fertility rate last year with less than one child born for each woman, according to data from the Ministry of Economy and Finance’s Statistics Korea division. The country recorded a birthrate of 0.81 children per woman last year, down from 0.84 recorded in 2021.

The latest recorded figure is the lowest since South Korea began collecting data in 1970, according to Statistics Korea.

In contrast, the average birth rate among the 38 nations within the Organization for Economic Cooperation and Development was 1.59 births in 2020, according to the international organization’s website. The OECD says that a total fertility rate of 2.1 “ensures a broadly stable population” when not accounting for changes in migration or mortality rates.

The South Korean government implemented several proposals to boost its birth rate, including a roughly $550 maximum monthly allowance to households with a newborn child, the Ministry of Health and Welfare said in August.