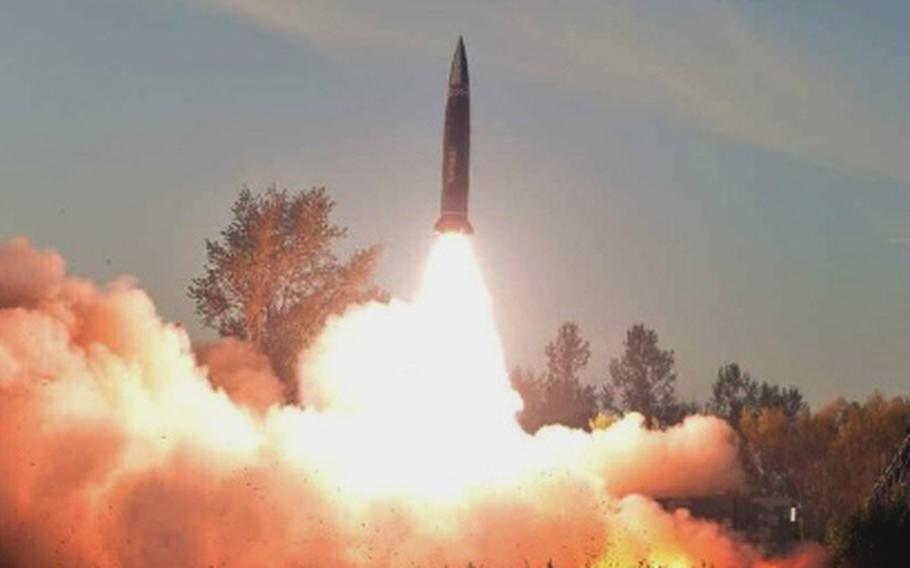 CAMP HUMPHREYS, South Korea — North Korea fired a pair of short-range ballistic missiles Friday afternoon into the East Sea, or Sea of Japan, according to a message from South Korea’s military to news reporters.

The two missiles were launched at 4:32 p.m. from the Sunan area of Pyongyang, according to the South Korea’s Joint Chiefs of Staff. Sunan is home to North Korea’s primary international airport.

One of the missiles flew around 155 miles and the other flew about 215 miles, according to the Joint Chiefs.

The missiles are a “grave provocation” that violates U.N. Security Council resolutions, the Joint Chiefs said, adding that the military was closely working with the United States in further analyzing the launches.

South Korea “maintains a full readiness posture” and is closely working with its counterparts in the United States, the Joint Chiefs said in its message.

The aircraft were scheduled to fly again on Thursday; however, cold weather conditions in the region cut the drill short.

South Korea’s military on Wednesday announced it will expand its joint drills with the U.S. starting next year. Over 20 joint drills will be scheduled in 2023 “to prepare for North Korea’s nuclear and missile threats,” the Ministry of National Defense said in a news release.

The North’s state-run Korean Central News Agency frequently describes the U.S. and South Korean joint exercises as precursors to invasion and characterizes its own weapons tests as defensive measures.