‘Solid progress’: A look inside Camp Blaz, the Marine Corps’ newest base on Guam 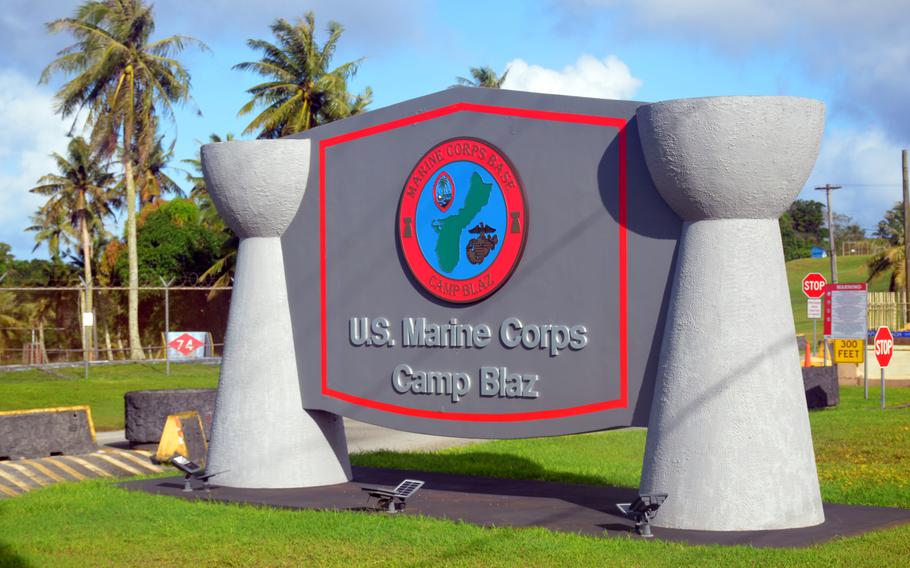 Construction on the Marine Corps' newest base, Camp Blaz, is moving ahead but remains several years away from completion. (Alex Wilson/Stars and Stripes)

The base going up just to the east of Andersen Air Force Base will be ready for the 5,000 Marines expected to arrive by the mid-2020s, but many of its core structures are still works in progress.

However, the approximately 4,000-acre camp is going up rapidly, according to its commander, Col. Christopher Bopp.

“Camp Blaz, right now, is really a construction site when you look at it,” he told Stars and Stripes during a media conference at Joint Region Marianas in Guam on Friday. “We’re making solid progress, but Camp Blaz is not open as a functional base or functional camp yet.”

Blaz, officially activated in 2020, is the first new Marine base since Marine Corps Logistics Base Albany, Ga., opened in 1952. Approximately 1,300 members of the III Marine Expeditionary Force, many from Okinawa, are scheduled to relocate to Blaz. Another 3,700 will be stationed on the island as a rotational force.

Blaz originated in the Defense Policy Review Initiative, an agreement by the U.S. and Japan to relocate some Marine assets from Okinawa. Japan is paying $3 billion of the estimated $8.6 billion cost to build the base and surrounding infrastructure.

Relocating the Marines, a slow-and-steady effort rather than an immediate transfer, is expected to begin sometime in the next few years, Bopp said. He had no specific dates to provide Friday.

“What I can say here, at this level, is that the agreement was for the mid-2020s,” he said. “There are a lot of estimates and people guessing as to when, but to be able to nail down the specific month, I don’t have that answer.”

Bopp referred additional questions regarding the force transfer schedule to the III MEF. A spokesman was not immediately available Friday evening. 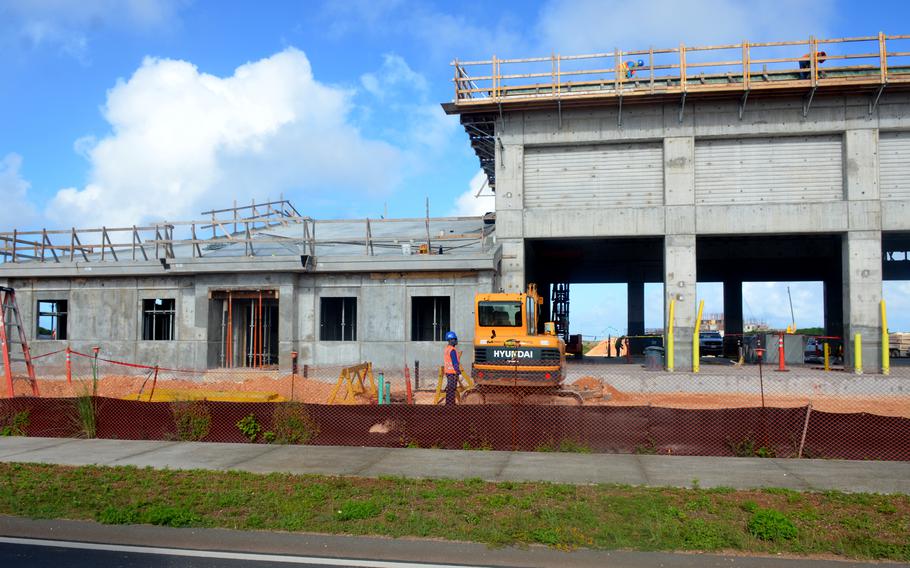 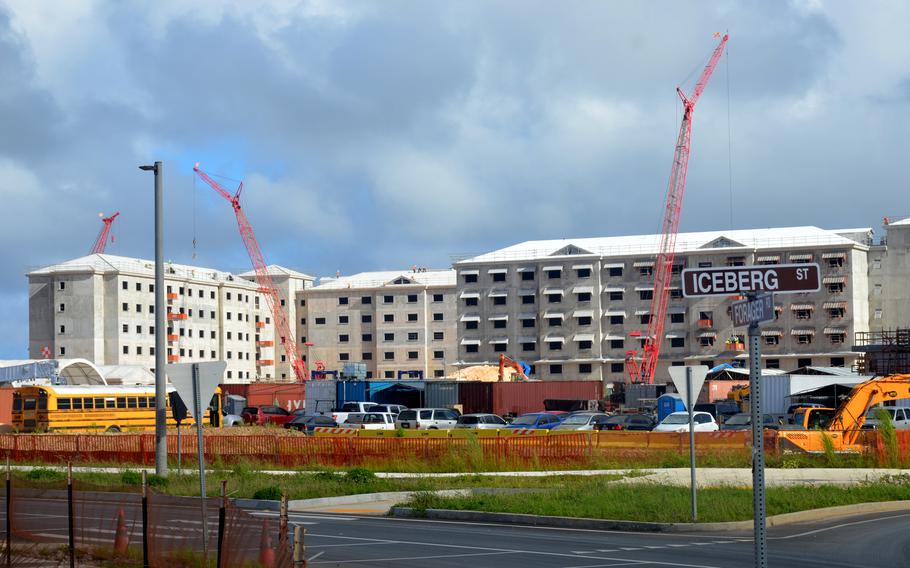 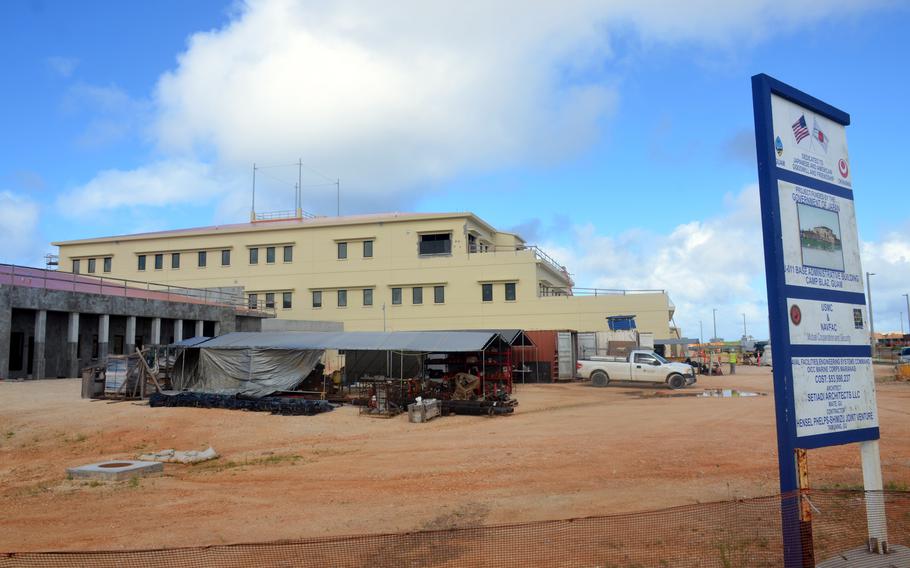 The headquarters building for the Marine Corps' Camp Blaz, Guam, seen here Friday, Dec. 9, 2022, is slated for completion in 2024. (Alex Wilson/Stars and Stripes)

Blaz is currently home to 39 Marines and approximately 110 civilians, according to Navy Cmdr. Brian Christner, the camp’s public works officer. Some projects are complete, including some road, water and electrical infrastructure and four of five firing ranges.

The base has also completed projects supporting Marine Corps aviation at Andersen, including an aviation maintenance hangar.

“There are other projects that have been completed, mainly up at Andersen for the Marine Corps to use, that are fully occupied,” Christner told reporters during a tour of Blaz on Friday.

So far, the Defense Department has awarded $3.7 billion in building contracts at Blaz, just under half of the allotted $8.6 billion, with funding shared by Japan and the U.S., according to Navy Capt. Robert Stiles, officer in charge of construction at Marine Corps Marianas. Around $600 million worth of projects are already complete, he said.

The next projects due for completion include three barracks for enlisted Marines, a dining facility and a fire station, Stiles said. More projects, such as the headquarters, are slated for a 2024 completion.