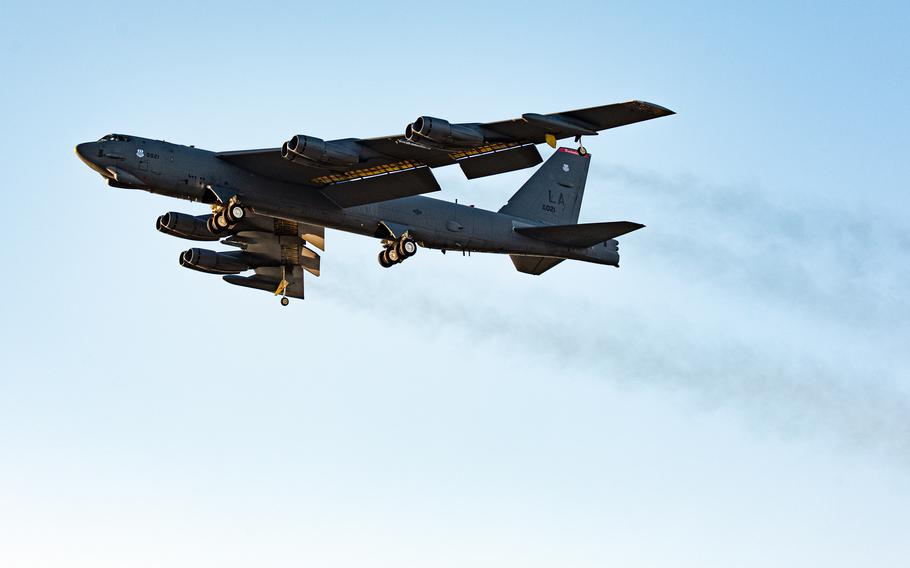 A plan to rotate U.S. B-52 bombers to Australia’s Northern Territory shows the Pentagon has found a useful alternative to basing aircraft on Guam, according to security experts.

Basing bombers in Australia would disperse U.S. forces across the Indo-Pacific region, said Ian Chong, an associate professor of political science at the National University of Singapore.

“That keeps a potential adversary guessing and perhaps discourages them from provocation,” he told Stars and Stripes in an email Monday. “Of course, with B-52s, there is the nuclear option as well.”

The Pentagon in April budgeted $14.4 million for the squadron’s operations and maintenance facilities at Tindal, ABC reported.

New facilities, including a large parking apron able to accommodate B-52s, were under construction at the base in September. U.S.-funded airfield infrastructure at Tindal supports the rotational presence of a range of U.S. aircraft, Air Force Lt. Col. Martin Meiners, a Department of Defense spokesman, told Stars and Stripes by email Tuesday.

"The [squadron operations] facility is required to support strategic operations and to run multiple 15-day training exercises during the Northern Territory dry season for deployed B-52 squadrons," said the ABC report, which cited unspecified American documents.

The Northern Territory’s dry season spans the southern hemisphere’s cooler months, from May to October.

U.S. bombers, including B-52s, have been visiting Australia since the early 1980s and training in Australia since 2005, the Australian Defence Department said in a statement emailed to Stars and Stripes on Monday. 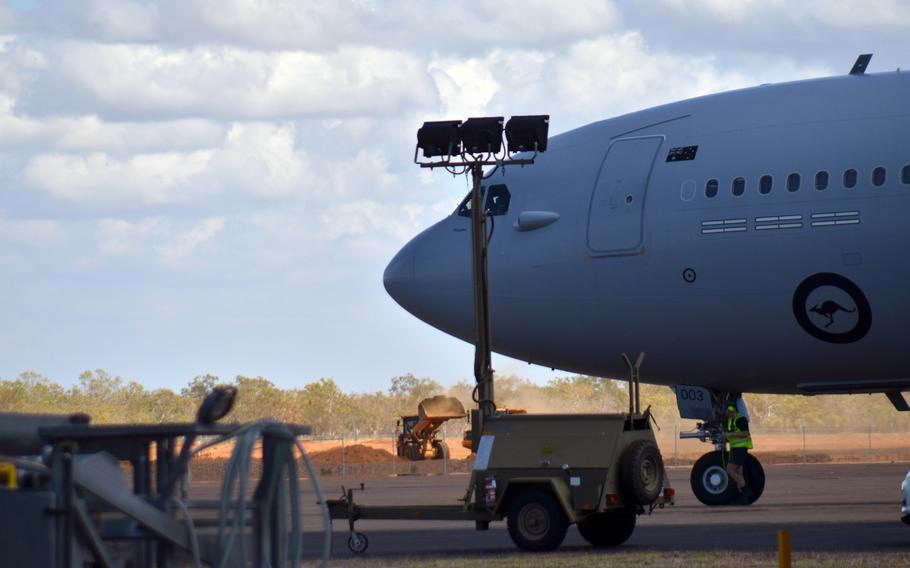 Last year, both countries endorsed rotational deployments of U.S. aircraft of all types to Australia, according to the Australian statement. Future B-52 bomber rotations to the country would be consistent with both countries’ longstanding objectives, it said.

That does not sit well with China, the rising power in the western Pacific and the “most consequential” challenger identified in the recently released U.S. National Defense Strategy.

“Such a move by the US and Australia escalates regional tensions, gravely undermines regional peace and stability, and may trigger an arms race in the region,” China’s Foreign Ministry spokesman Zhao Lijian told reporters Monday, according to a transcript of his remarks on the ministry website.

The U.S. and Australia share concerns about Chinese aggression in the Taiwan Strait and South and East China Seas and efforts to build influence in the South Pacific.

Guam provides a mid-ocean platform for U.S. air power. Since 2004, Air Force bombers such as the B-1B Lancer, B-52 Stratofortress and B-2 Spirit have been frequent visitors to Guam. But China has the ability to strike U.S. forces on Guam and in the Far East with everything from ballistic missiles to maneuverable cruise and hypersonic missiles, then-Indo-Pacific Command chief Adm. Phil Davidson warned in September 2020.

“What this does, together with the basing of strategic bombers like the B-1 out of Guam, is to enhance the U.S. deterrence posture, since dispersal means that these aircraft and their bases are more difficult to take out at the start of a conflict and provide more alternative directions from which conventional stand-off strikes can occur,” he said.

The range and versatility of B-52s, despite their age, means they have a potential role in a variety of scenarios -- from the South China Sea and Taiwan through the East China Sea and Korean Peninsula, Chong said.

Bombers based at Tindal could also reach areas in the Indian Ocean, such as Pakistan, where China has been seeking to establish its forces, according to Paul Buchanan, a New Zealand-based U.S. security expert.

B-52s in Australia would remind the Chinese that the U.S. can strike their mainland from there as well as from Guam, he said in an email Monday.

“It seems that this is about adding another layer to the military ring-fencing of [China] in the Western Pacific,” he said.

Tindal is beyond the reach of most Chinese conventional missiles and aircraft, according to Ross Babbage, a former Australian assistant defense secretary.

“It is not too distant to be far removed from potential areas of conflict,” he said in an email Monday.

Tindal is a good alternative to Andersen, according to Ralph Cossa, president emeritus of the Pacific Forum think tank in Hawaii.

“Important not to put all our eggs in Guam basket,” he said in an email Tuesday. “Tindal provides alternative site and demonstrates Aussie commitment to alliance. Sends a strong message to China.”